I had intended to continue with the wives of Henry VIII today, but I wanted to re-read a book about Catherine of Aragon. So, instead, I present to you Kristin Lavrandatter by Nobel prize-winning Norwegian author Sigrid Undset, a master of historical fiction.

I visited Norway in July. I’d been pining for the fjords for many years. I wasn’t disappointed. The countryside is beautiful. 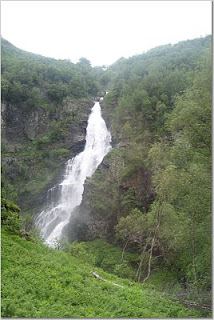 The fjords are beautiful. 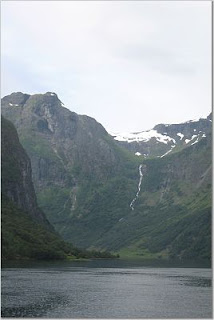 This photo has it all. Fjord, July snow, waterfall. 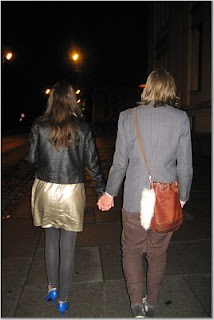 Agathe and Kristoffer, hand-in-hand. How romantic!
The wildlife is beautiful too. Well, maybe not this fellow. 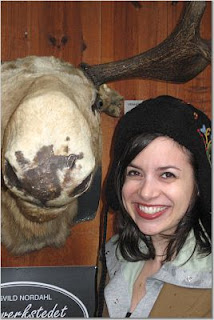 I befriended a shabby old moose head on a rainy day in Bergen. I’m modeling my new Norwegian winter hat. The moose doesn’t seem impressed, does he?
While absorbing all this beauty, I read Kristin Lavransdatter, Undset’s epic about a woman in 14th century Norway. It’s a trilogy that runs more than a thousand pages long; make sure you get the translation by Tiina Nunnally. Kristin is seduced by Erlend Nikulausson while engaged to another man. Ultimately, Kristin and Erlend marry, but their relationship remains turbulent — reflecting an era which saw constant tension between Christianity and traditional superstition, moral ideals and real human behavior. I confess there were times when I was frustrated by Kristin. She can be so self-destructive. She will have an epiphany but revert to her old behavior. She ruins her present by brooding over past wrongs both committed and inflicted, and she is unable to forgive either herself or others. She obsesses over her “sins” till even her priest tells her such self-absorption is not penance but vanity. 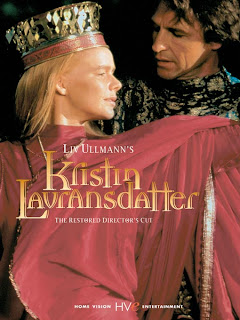 Liv Ullmann directed a movie version of Kristin Lavransdatter, released in 1995.
But at the end, when Kristin is dying of the Black Death (I know this plot disclosure will not change your appreciation of the book and you’d learn it in the foreword anyway), there is a beautiful passage that made me realize what the book was about. I then went back and reread nearly the whole book. This time I saw how realistic the character was. In many books, there’s a storyline that gives artificial shape to the lives and personalities of the characters. But that’s not how life is. Like all of us, Kristin sometimes does better and sometimes does worse. She resolves to improve and fails, but then she makes progress that she can be truly proud of. Her character evolves over time in a way that’s very true. And here is the passage that I found so affecting. It relates her thoughts as she lies ill, looking at her wedding ring:
“The life to which this ring had married her, over which she had complained and grumbled, raged and rebelled. And yet she had loved it so, rejoicing over it, with both the bad and the good, so that there was not a single day she would have given back to God without lament or a single sorrow she would have relinquished without regret.”
My advice: take your time reading this book in order to get the most out of it. Basically, don’t forget to stop and smell the roses, in a literary way. 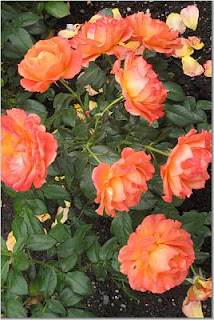 Roses in Oslo
You can also stop to pinch the roses, in a literal way. 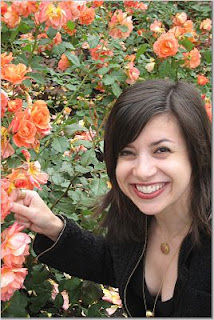 Why am I pinching a rose? Well, why not?!