I love Amy Winehouse’s beehive and exaggerated eyeliner as much as I do her Back to Black album.

Obviously, girlfriend has a lot of issues. As intriguing as those issues are, I hope she gets herself together before she joins “that stupid club,” as Kurt Cobain’s mother put it after his suicide. That said, I am still crazy about the hair and makeup. One of my happiest fashion moments recently was when a hairstylist teased my hair into a ponytail that reminded me just a bit of the Amy look. 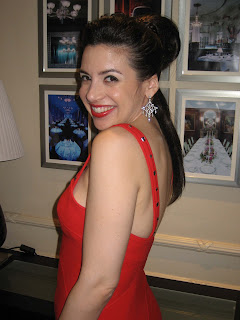 It would be so exciting if Amy stole one of my rings. (Check out Fashion Fillers for some more Amy pictures.)