Remember how Eryn and I went to a jewelry-industry breakfast in July and got caught giving the stink-eye to a totally innocent designer? We took an outfit photo on our way out. 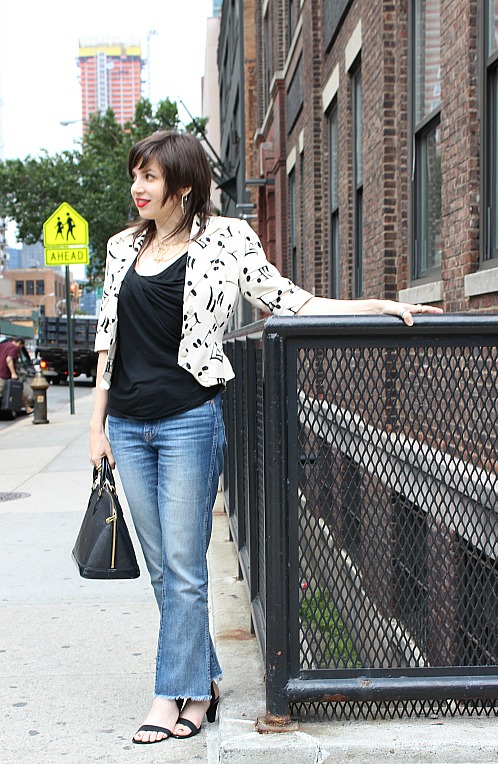 The jacket is from the Spring 1989 collection of the late, great designer Patrick Kelly. I’ve worn it plenty of times. Here it is in 2010 … 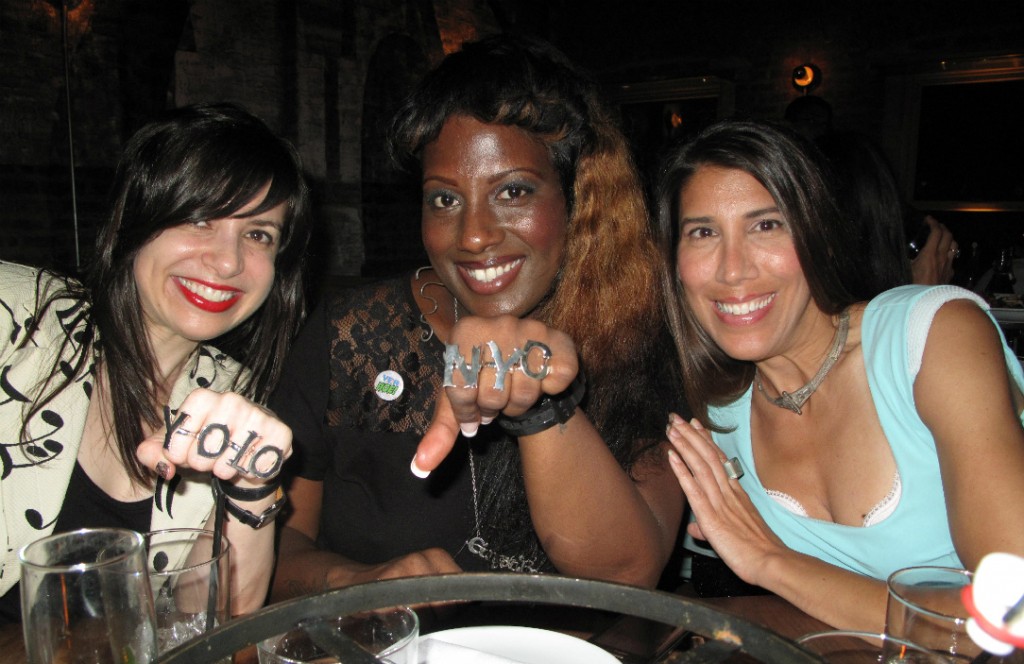 I’m quite obsessed with Patrick Kelly. He had a distinct design vision and lived an extraordinary, but sadly abbreviated, life. A gay black man from Mississippi without formal training, Kelly moved to Paris and became the first American and first person of color to become a member of the Chambre Syndicale du Prêt-à-Porter (the governing body of the French ready-to-wear industry). His line only existed from 1985 till his death on New Year’s Day in 1990. He’s one of the designers that I always look for when vintage shopping.  You can see other pieces from my Kelly collection in this 2013 blog post.  I plan to do a YouTube video on him soon; in the meantime, you can learn more about him through these blog posts.

You might also like
Wednesday's Video: Behind the Scenes at the Photo Shoot
Flashback Friday: The 1985 Fiorucci Dress
Wednesday's Videos: My New Collections
Previous Post: « The Week in Review
Next Post: Wednesday’s Video: Jewelry Cleaning & Repairs »