I’ve discovered yet more photos from my 1983 school trip to Hailsham, England. Here’s a good before-and-after pairing. The photo on the left was taken before our departure. It looks like I’ve got on the same head-to-toe outfit I wore here: hot pink Izod shirt, pleated jeans and those appalling Capezio jazz shoes.  The photo on the right was taken at a party shortly before I returned home. I think we were in England about a month, so I had time to make some personal improvements. As you can see, I bleached my bangs. 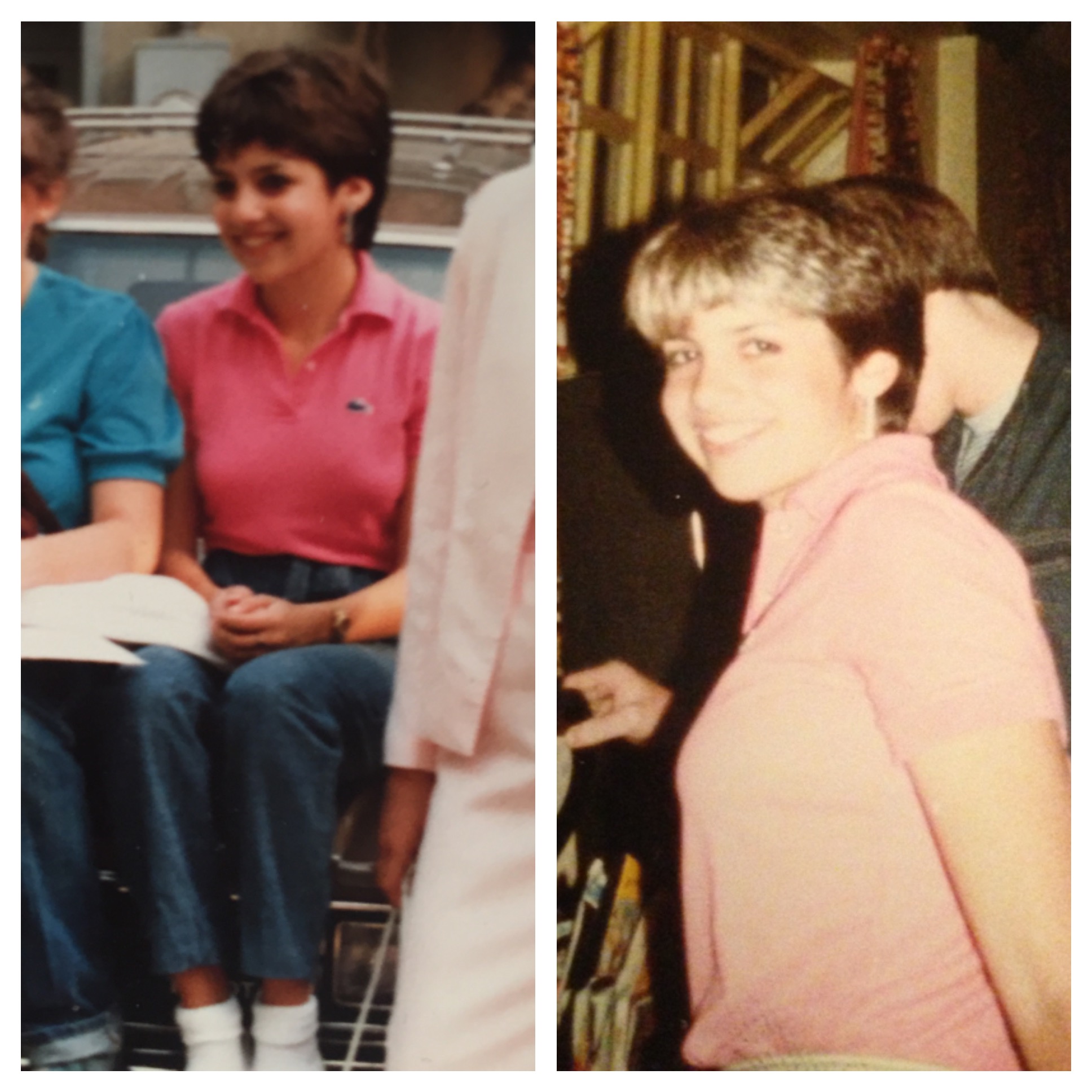 I’m wearing the same Izod shirt on the right; the photo is very faded.

That was most likely inspired by John Taylor, the bassist from Duran Duran, with whom I was very madly in love. 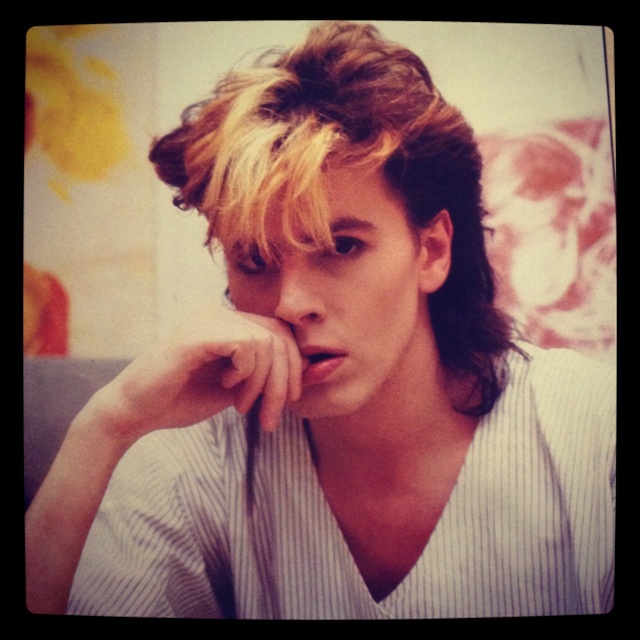 Unfortunately, the hair didn’t make me as beautiful as John T. He was something else! Click for photo source.

I also got my left ear — just the left — pierced a second time while I was away. My mother, BarbaraB, was appalled by these changes, convinced that blonde bangs and a double piercing were the signs of a delinquent in the making. By the way, I was 15 at the time and this was as wild as I got, except for the night before we flew home from England, when I accidentally became very drunk on hard cider. (It was cider! Who knew?!) Yep, I came back to scenic Mahwah, N.J., as a cider-drinking, pink-Izod-wearing, partially bleached and overly pierced menace to society.

I maintained the blonde bangs to varying degrees for two years, right through to my high-school graduation. Sometimes I had just a touch of blonde in the front, but the “rattail” I grew always stayed nearly platinum. BarbaraB was very unhappy with that ‘do. See? She was right. Blonde bangs were the gateway drug to a blonde tail. OH, THE HUMANITY!

Looking back at these photos, I’m most amazed by how much pink I wore. I remember being mad for neon pink, but clearly I liked all kinds of pink. If I recall correctly, the top pictured below — which I was wearing when I flew home — was light pink net, and I had purchased it in England. (I still like a net piece.)

I wasn’t crying here, as far as I know. My father took this candid photo in the airport when I came home and I think I’m just looking down.

I also got a Duran Duran sweatshirt in pink while I was traveling. Another important investment was dark, skintight jeans, which I was wearing in the photo above. I’m pretty sure I alternated between those English jeans and ankle-zip Guess jeans for the rest of high school.

Bonus sighting: Go back to the first blonde-bangs photo, and you can see that the guy in back of me, who was DJ-ing our little party, was holding a vinyl 45. It looks like all his other records are singles too. I do believe he had a professional-style double turntable. Otherwise, imagine the dead air you’d have between songs while trying to swap out those little disks!