While watching the Golden Globes last night, I was captivated by Jane Fonda. Jane presented the award for Best Actor in a Comedy alongside her 9 to 5 partner-in-crime, Lily Tomlin (I wished Dolly Parton had joined them!).

I enjoyed the Jane-Lily banter. Jane said, “You know, it’s nice — it’s nice — that men, at last, are getting the recognition they deserve for being good at comedy.” Lily responded, “I know, I know. Finally, we can put at rest that negative stereotype that men just aren’t funny.” (The award went to Jeffrey Tambor for his portrayal of a trans woman in Transparent.)

But let’s talk about how actor/blogger Jane looked in her peekaboo Versace gown! Here she is with Lily on the red carpet.

Jane is 77 years old and she’s killing it! She looks so good I want to eat her up with a spoon. I’ve also decided we’re soulmates after because we are exactly 30 years and two days apart in age.

Another example of unstoppable style is 80-year-old writer Joan Didion, whose ad campaign for Céline had the Internet in a tizzy last week. 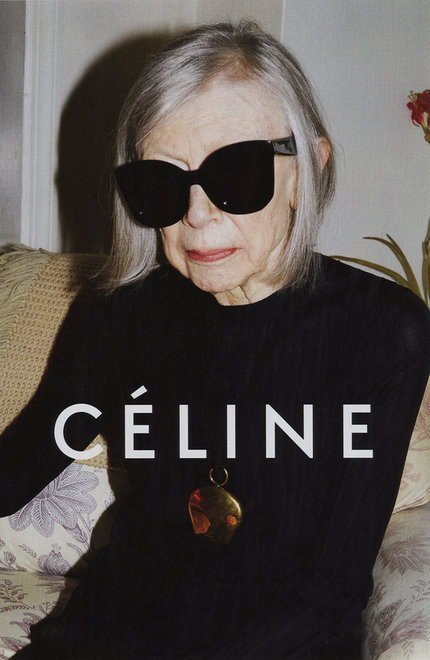 I met Joan in 2010. Her late daughter and only child, Quintana Roo Dunne, was the photo editor at Columbia University’s student newspaper, the Spectator, when I was the arts and entertainment editor. Since Quintana’s death in 2005 (Joan wrote about her daughter’s life and illness in the book Blue Nights) I wanted to create something at the Spectator to honor her. In my capacity as chairman of the Spectator’s board of trustees, I talked it over with Joan and we agreed upon the Quintana Roo Dunne Award for Visual Achievement, to be presented to a deserving student at the annual Spectator fundraising dinner. Joan presented the first Quintana award in 2011.

Of course, this was very emotional; our conversation and Joan’s presentation was about an enormous loss. I’ve always felt a lingering sadness whenever I came across news about Joan or even one of her books on my bookshelf. So it was a special thrill to see Joan looking so fierce and know that the fashion world was kvelling over her fabulousness. I told myself, “This is going to be my new mental image of Joan!” And it was, until Joan reminded the New York Times that this wasn’t the first time she had modeled. She had previously posed for a Gap ad. I clicked on the link and there was Joan with Quintana in 1989, the year Quintana graduated from Columbia’s Barnard College (and I from Columbia College). 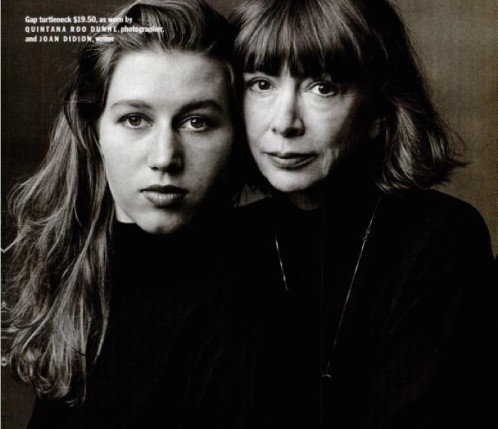 Now I’m a bit sad again, but at the same time, it’s nice to see that photo.