As I previously mentioned, I went to Katy Perry’s concert at Barclays Center last week. I had a rough day so I threw on whatever was at hand/on the floor. When I got to the venue, I was disappointed that I hadn’t come up with a concert costume, or at least a pink or blue wig. Neon wigs were the hawt look. I also felt weird that I didn’t have a small child in tow. Those were practically mandatory! I’ve never before seen such a young crowd at a concert, though admittedly, I never went to see Britney Spears during her heyday. That’s something I regret. After I got over my surprise/amusement, I realized Katy is probably a better influence on the younger set than Britney was. Despite her past habit of shooting whipped cream out of her bra and the fact that her breakout hit was “I Kissed a Girl,” those things somehow feel like, “Ain’t no big deal, it’s innocent,” as Katy sings.

But, seriously, these kids were young — significantly younger than the ones at the Miley Cyrus concert, even though former Disney star Miley is 21 and Katy is almost 30. 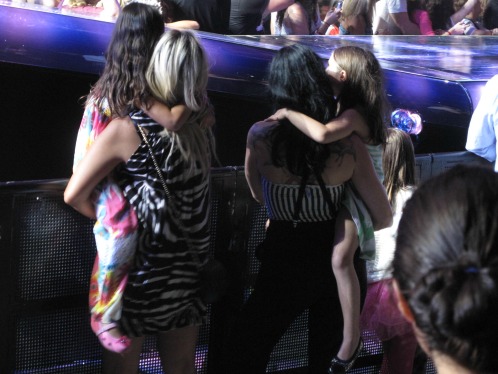 Look at the tiny Katy Perry fans! Props to the cool moms here.

Here’s my casual concert look, right after the show ended. There’s a lone piece of confetti at my feet. 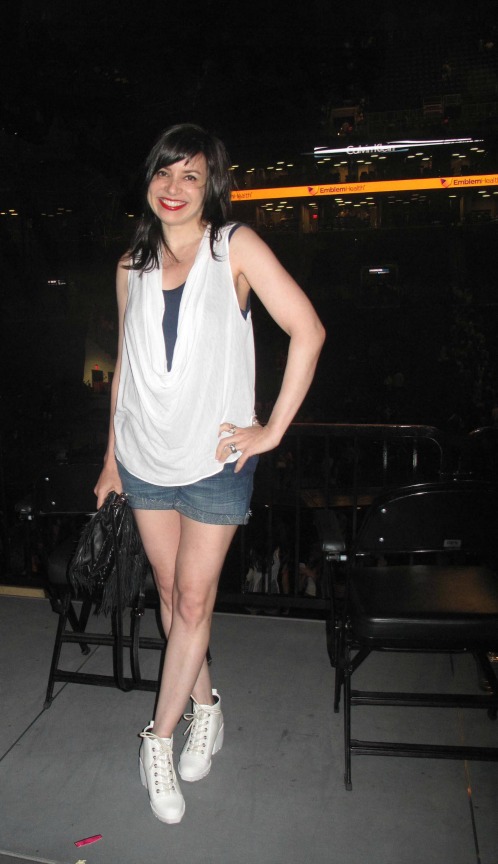 I don’t know how I got such great tickets, but I highly recommend section 125, row 3 (or better, of course), at Barclays. We had an excellent view.

The inner photojournalist that awakens in me at concerts was very satisfied with my real camera/iPhone results. This is one of my favorite shots. 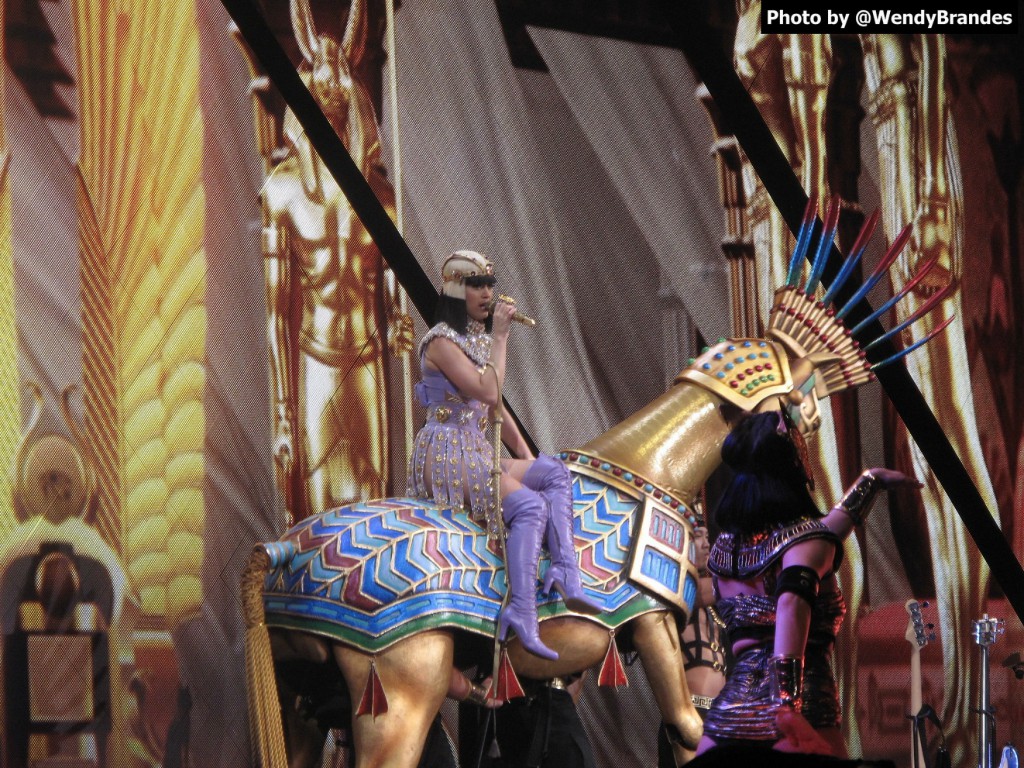 I like this one too. Look at how sharp it is! 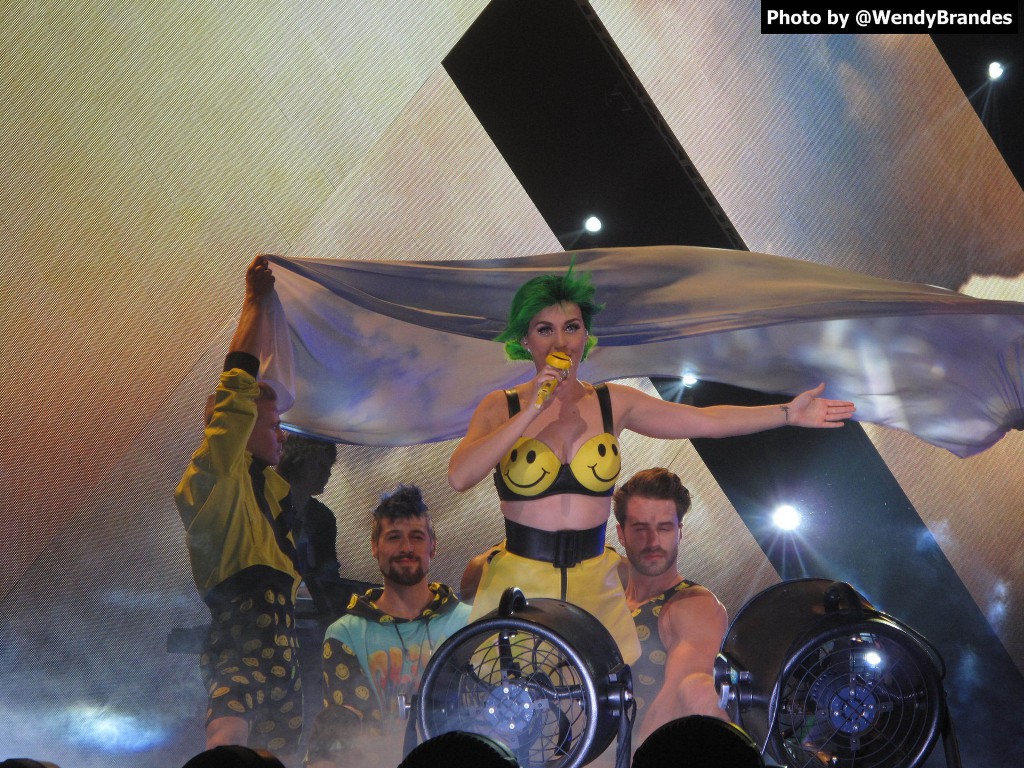 There was some MAYJAH set production here: that life-size horse puppet in my first photo, elaborate costume changes, emoji balloons, huge confetti showers, Katy soaring through the air … hell, there were guitar players flying through the air with sparklers shooting out of their guitars! (You can see the latter in my “I Kissed a Girl” video above.) I’m always impressed by how hard female pop singers work to put on a dazzling show. (Most female pop singers. I’ve seen a few exceptions.) 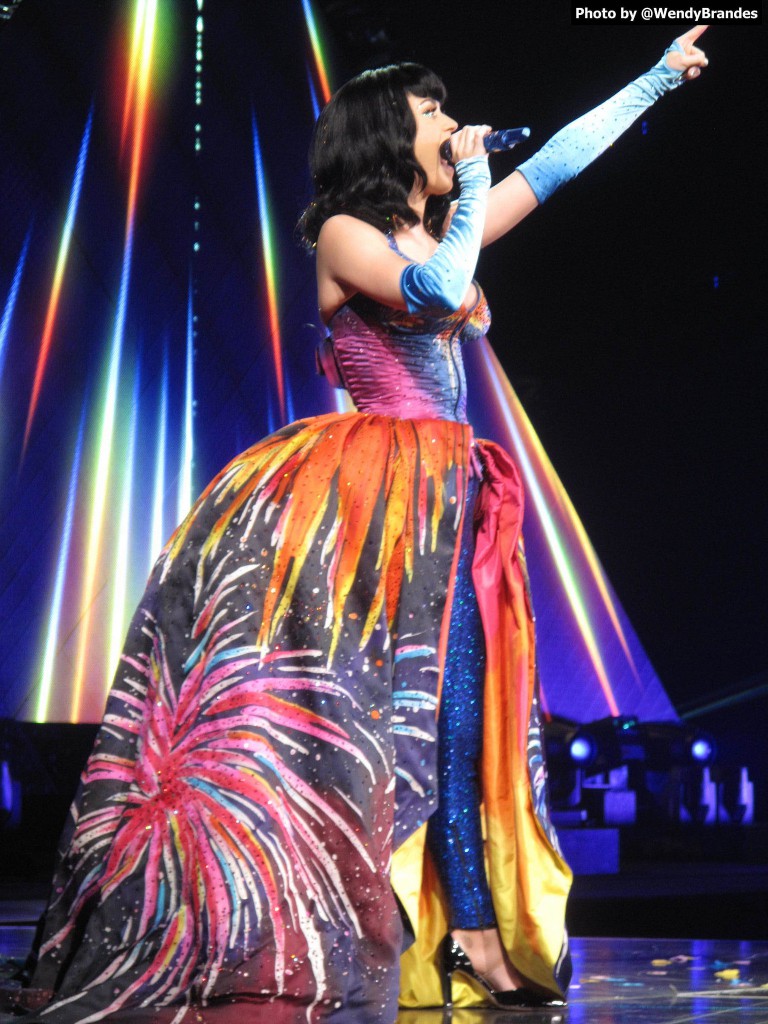 Katy’s outfit for her “Firework” finale. Click to enlarge.

You can see the rest of the best of my Katy photos on Flickr here.

You might also like
No Neil Young, No Beach for Me This Labor Day
Send in the Fabulous Clowns
What Wendy Wore: Zang Toi at Vanity Fair Oscar Party
Previous Post: « Hot Earring Trends in the Mainstream Media
Next Post: Buying Fine Jewelry Online »