My eyes almost popped out of my head when I saw a photo of the possibly-death-obsessed singer Lana Del Rey in London.

Her t-shirt features the 1990 “Women of Twin Peaks” Rolling Stone cover that hung on my wall for many years. 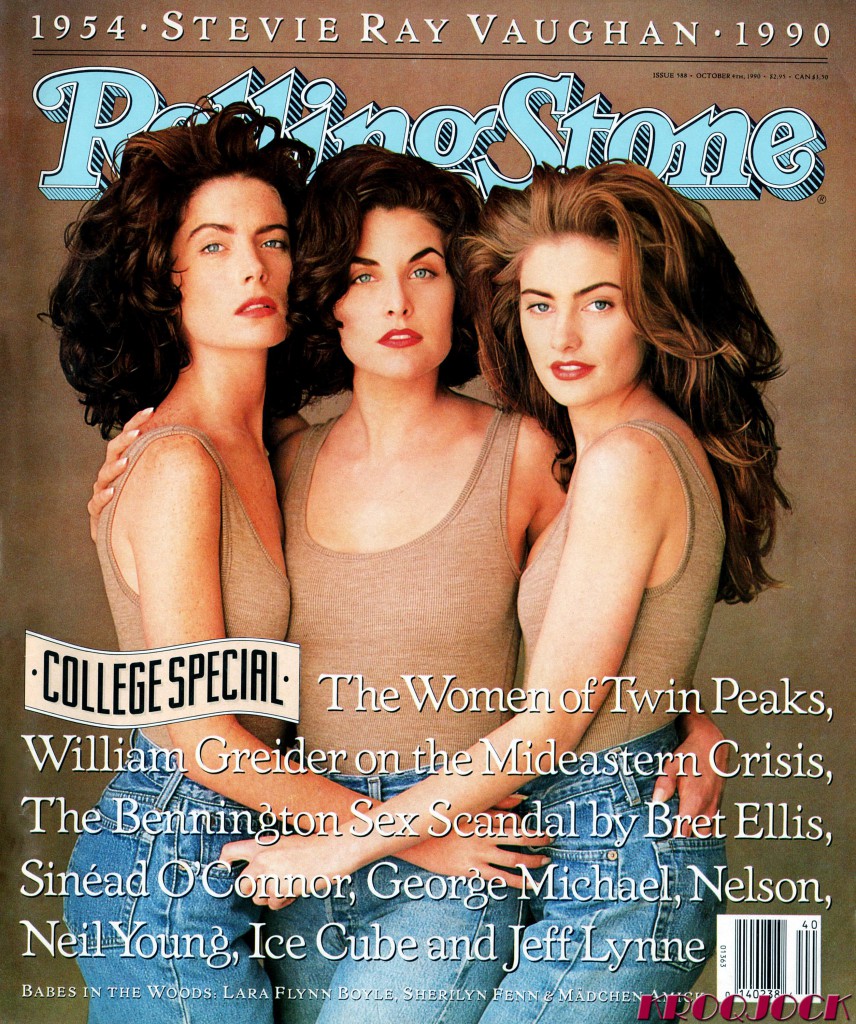 I can imagine pouty Lana being an Audrey Horne fan like me, but there’s a major difference between us: I personally bought that magazine at a newsstand, the year after I graduated from college. At the time, Lana was about to turn four years old. Ha!

Lana’s new album, Ultraviolence, is No. 1 on the Billboard charts, and I keep thinking of all the people who declared that her career was over after her widely panned performance on Saturday Night Live in 2012. (News anchor Brian Williams called it “one of the worst outings in SNL history” and SNL itself wound up parodying the performance in a subsequent episode.) Surprise, y’all! I have a hunch we’ll be seeing her on that show again.