Once upon a time, a “facebook” was an actual book that published photos of incoming university students. (That’s where the name for the social-media behemoth that is Facebook came from.) While cleaning out my childhood home, as they’ve been doing, my parents found this Columbia University facebook from 1987. 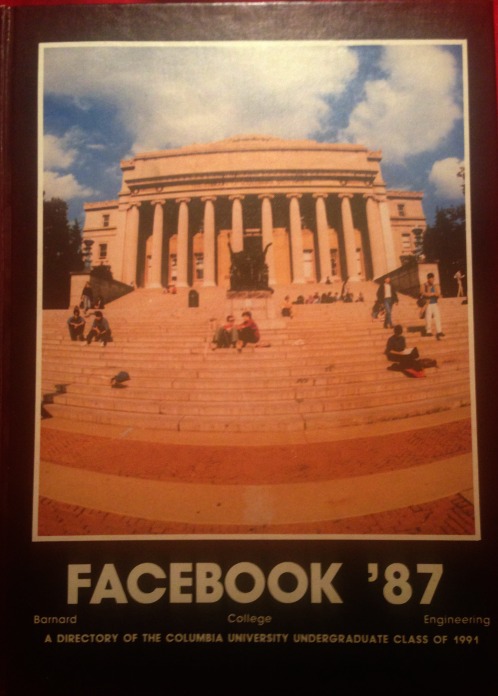 I had this because I worked on Columbia’s new-student orientation that year. I was on a committee focused on transfer students, having been a transfer myself in 1986. (As I’ve mentioned, I spent my freshman year at Northwestern University.) The book included the photos of all the orientation volunteers. Here I am!

I’m quite sure those are the same silver hoop earrings I’m wearing in the third photo in this post. I had them till recently and then foolishly got rid of them, not realizing that they were such a favorite back in the day — I keep finding more and more photos where I was wearing them. I also gave away a pair of my old ’80s rhinestone earrings this year. I need to stop doing these things! It hurts my hoarder heart later on.

When I flipped through the book to see if everyone else’s hair was as ’80s-riffic as mine (pretty much), one new student’s photo was head and shoulders above the rest. 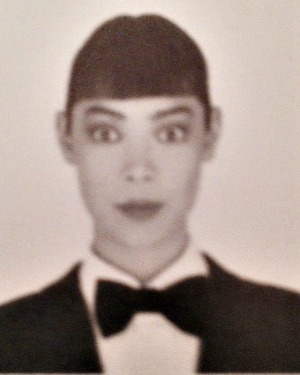 Guess who the chic, androgynous student was? None other than Cecilia Dean, who went on to become a co-founder of the fashion and art magazine Visionaire. For the facebook, she identified her favorite movie as Jean-Jacques Beineix’s Diva, a suitably fashionable and artistic choice. 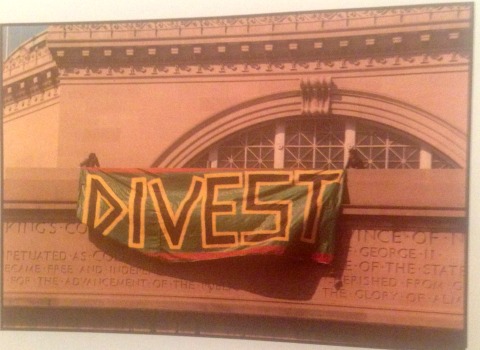 That banner was presumably photographed in April 1985, when students protesting the South African apartheid system blockaded a campus building while calling on Columbia to sell all stocks and bonds in U.S. companies that did business in South Africa. According to the New York Times, when the university’s board of trustees voted in favor of divestment in October of that year, Columbia became the first Ivy League school to commit to that move. The divestment was supposed to be completed by 1987, but when the deadline came, the Columbia Spectator quoted ’85 blockaders as saying that the university still had investments in major brands — including Coca-Cola and General Motors — that continued doing business in South Africa. A Columbia Wiki claims that full divestment wasn’t achieved until 1991, by which time Nelson Mandela had been released from prison and apartheid was finally on its way out. This year, after I visited South Africa, I’ve twice mentioned how big an impression the anti-apartheid campus protests of the ’80s made upon me. I guess it made a big impression on the facebook editors too. Even though there are captions on photos of students lounging on the lawn, the marching band and a view of the World Trade Center, the banner photo is one of several pictures without captions, as if it were unimaginable that anyone would NOT KNOW what this was about, even two years after the protests. Interesting.