I keep finding more mid-1980s photos. Last week, I shared a summer 1986 photo of my linen vest from Parachute. I think the photo below is from late 1985/early 1986, judging from the dyed black hair. I dyed my hair in a shower stall during my freshman year at Northwestern University. It’s a bit Steve Stevens, isn’t it? 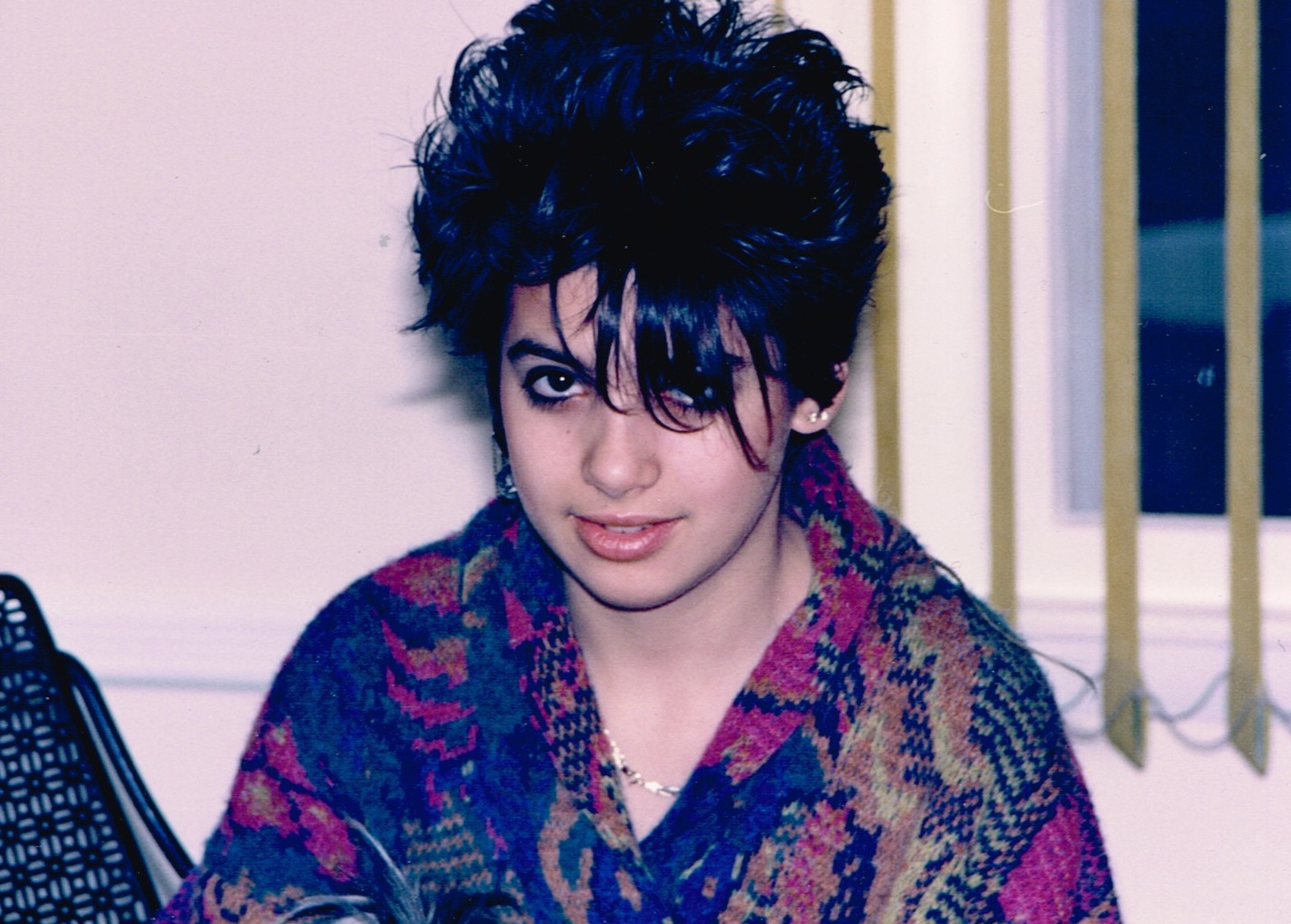 As you can see, I was still into the Liza Minnelli big eyelash look as well as the big hair. The photo also shows the tri-color gold snake chain that I finally melted down in 2011. I’m starting to regret getting rid of that chain. It was as ugly as sin, but I keep seeing it in all these ’80s photos. I apparently was devoted to it and wore it all the time.  I’m starting to think I should have saved it among my ’80s jewelry artifacts. I’m so sentimental! Meanwhile, I can’t recall where I got that sweater but I remember the look of it so clearly. It was a special one to me. I liked the little V-neck … probably because it showed that damn chain!

You might also like
Throwback Thursday: Tom Ford and a True 911 Story
Throwback Thursday: Big Bouncing Babycat
I Need a Vintage Ozbek Dress ... and a Time Machine
Previous Post: « What Wendy Wore: Castelbajac Lego Dress to a Movie
Next Post: Breaking Bad, Worthy Anti-Heroes and the Heisenberg Hat »