Every so often, I wind up scouring the Internet for information on the New York City club people whom I worshiped from afar in the 1970s and 1980s — people like Anya Phillips,  Sally Randall, Dianne Brill and Dean Johnson of Dean and the Weenies. Recently, I stumbled across the name Haoui “Howie” Montaug. 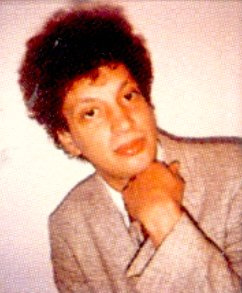 It’s funny that I instantly remembered that Montaug was the doorman at Danceteria, Studio 54, and Palladium. I never went to Danceteria or Studio 54, though of course I wanted to. I did go to Palladium but I’m sure I didn’t encounter Haoui or I would never have gotten in! (Reportedly, Montaug once made Mick Jagger pay the $6 entrance fee at Studio 54.) Another Palladium doorman took pity on me and my laughable fake ID. He would even give me a few tickets for free drinks. And get this — I wouldn’t use all of them because I wanted to save them as souvenirs. Earlier this year, I found a bunch (probably from 1986 or 1987) safely tucked away in a scrapbook. That’s how excited I was to be at that place! OMG! I want to go back and hug the young and extremely desperate me because I feel a little sorry for her. 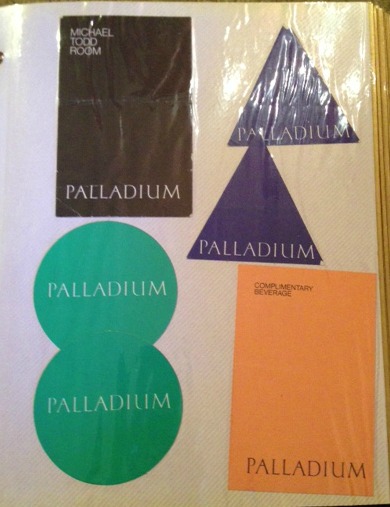 Anyway, I knew about Haoui Montaug because I studied Details magazine like I was going to be tested on it. Nowadays, Details is a men’s magazine owned by Conde Nast, but it originally was an independent that covered everything about the downtown scene: art, music, fashion, clubs and so on. Haoui was constantly in Details, and not just because of who he kept out of or let into which hot club. He also wrote for the magazine. I’m not sure if “The Doorman Poem” I found was published in Details or one of the other hip magazines he wrote for. The poem starts:

The more clubs change, the more things stay the same at the door, eh? Click here to read the rest.

Haoui was much more than a doorman. One of his other projects was a cabaret revue called “No Entiendes.” The essay collection On Edge: Performance at the End of the Twentieth Century by C. Carr called No Entiendes a “mutant Gong Show” and said, “No Entiendes revels in the bad. All kinds of bad.” But it also hosted now-iconic acts including Madonna and the Beastie Boys at the beginning of their careers. The video of Madonna performing her first-ever single “Everybody” at “No Entiendes” in November 1982 is on YouTube. Check out how blase the audience members are while the performance is being introduced. By the end, they’re going wild.

Here’s another link to the video in case the embedded version above goes bad. You know how things come and go on YouTube. Haoui had other musical ventures included a karaoke show with his “No Entiendes” partner, DJ Anita Sarko (another idol of mine because she worked the Mike Todd room at Palladium). He also was a director of the New Music Seminar‘s panel discussions.

In 1991, it was a spokeswoman for the New Music Seminar who told the New York Times that Haoui had died of AIDS. But a 1997 New York Magazine article says Haoui — who did indeed have AIDS — actually committed suicide after throwing one last event: his own suicide celebration. (This 1992 story from the Courant also says that Montaug killed himself.) According to New York, 20 guests were invited to Haoui’s downtown loft for the occasion. Madonna, who was in Los Angeles, attended by phone. The evening didn’t go as planned, though, because Haoui took five Seconals and fell asleep … but kept breathing. “He awoke late the next morning, furious,” the magazine reported. He then sent his friends home, took 20 more pills and died in 30 minutes.

So many creative people — men, mostly — died so young in those days due to AIDS. The disease wiped out a whole generation of artists. Props once again to Madonna for sticking with and lobbying for the guys who helped her get her start. A lot of people wouldn’t (and didn’t!) have the decency or guts to do that.

If you want to know more about Haoui Montaug, go to this Facebook page for more photos, video clips and remembrances. I’ll be there “liking” everything.