I wore my neon-orange Stephen Sprouse jacket in London when I went to the “David Bowie Is” exhibit at the Victoria and Albert Museum. It looks washed-out in this weirdly lit photo, but it’s not like that in person. 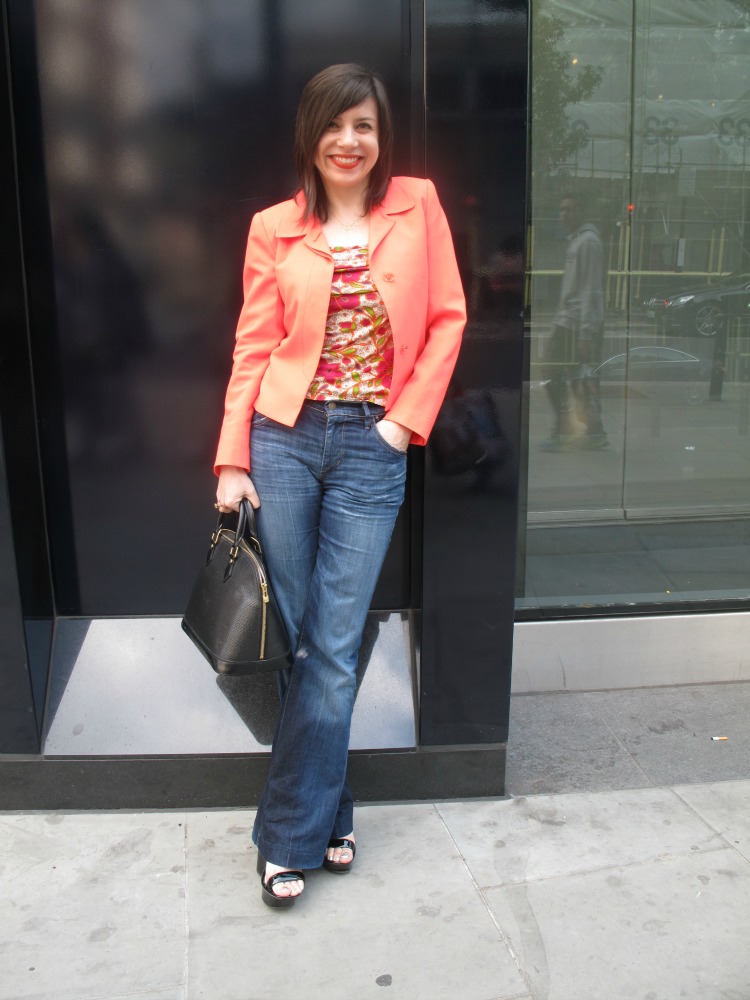 The exhibit was incredible. Usually I zip through museum exhibits and finish long before MrB (I read the wall captions faster!) but I was having so much fun dancing to the Bowie concert clips being shown in the second-to-last room that MrB wound up waiting for me for 45 minutes in the gift shop. 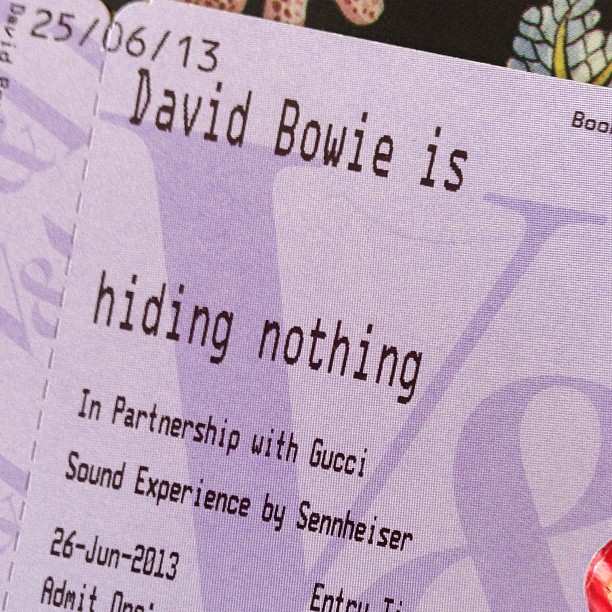 The exhibit runs through August 11 and if you’re in London, I urge you to go! Book your tickets a couple of days ahead of time because the show does sell out. I found it so inspiring. For one thing, it was good to know that it took Bowie a few years to break into the music business. I’m always reminding myself (and my friends) that it takes 10 years to be an overnight success, so it’s reassuring to know that even truly great artists struggled. And seeing Bowie’s iconic, envelope-pushing costumes in real life was incredible, especially knowing that these days people panic over a performer like Usher wearing a pair of bright sneakers. Imagine if Usher wore the Kansai Yamamoto, knit, one-legged, one-sleeved bodysuit that Bowie wore on his Aladdin Sane tour in 1973! 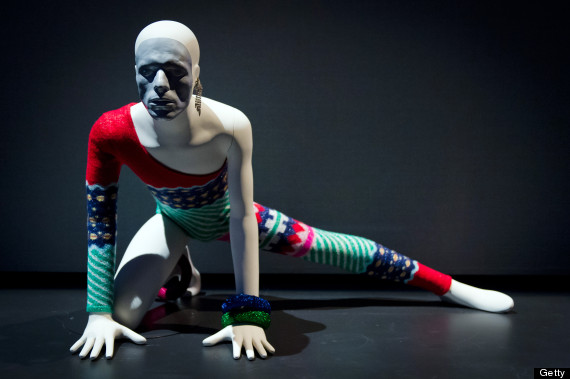 In 2009, I wrote about another costume Yamamoto created for the same tour and it was a thrill to see it in person. 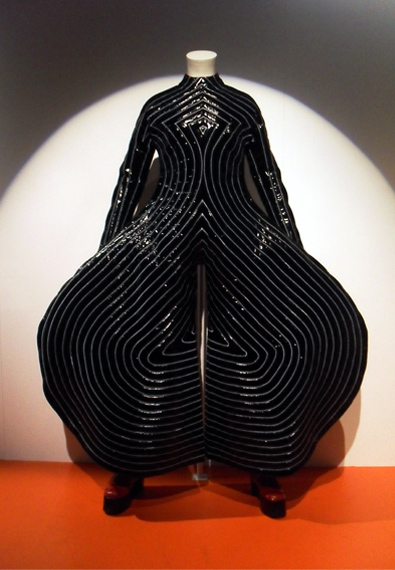 Doesn’t it suck that, in some ways, artists have gotten more conservative over the decades? It’s all so corporate, with “brand managers” crawling all over the creative people in every field, trying to choreograph every move in order to maximize the profits that pay for the brand managers’ salaries.  Not much to be done about it though — that’s the world we live in.

If you’re not going to be able to catch the Bowie exhibit in London, you can get the exhibition catalog here. I highly recommend it. And while I’m making recommendations, I vote for the Metropolitan Museum of Art to pack up the V&A’s Bowie exhibit and fly it to New York City in time for the Costume Institute Ball next year. It would be huge success for sure.

After the museum, we went back to the hotel, where I changed part of my outfit for the theater that night. We saw One Man, Two Guvnors, which was highlarious. I laughed till I cried in my Jason Wu dress. I was still wearing the Sprouse jacket. I got the dress because it went with the jacket, and I was disappointed that I didn’t get to wear the combination last month when I debuted the dress in Chicago. It was too hot there, but London weather is good for jackets. 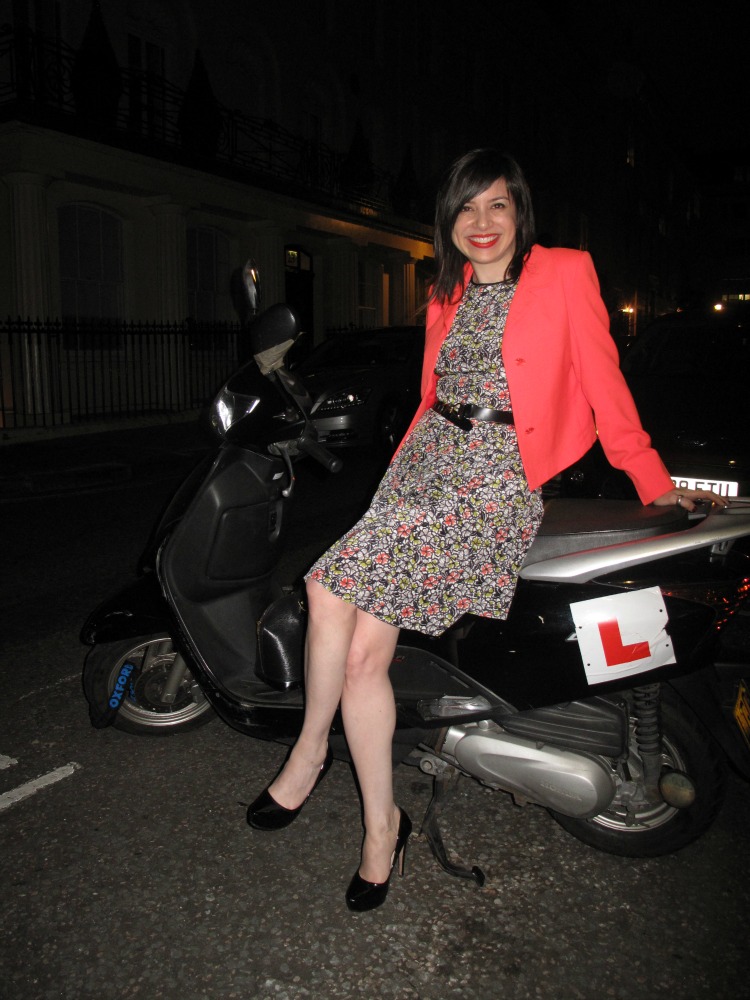 I took the Underground back to the hotel … not the scooter I’m sitting on. I just borrowed that for the picture. Thanks, unknown scooter owner!

UPDATED TO ADD: I’ve linked up with the Visible Monday post at Not Dead Yet Style. Go over there to see the other highly visible wimmins.