I do have a passion for highlarious fashion, so I have to thank singer Rita Ora and Fashion Bomb Daily for introducing me to the art/fashion/performance art of The Rodnik Band via Rita’s cheese-slice dress. 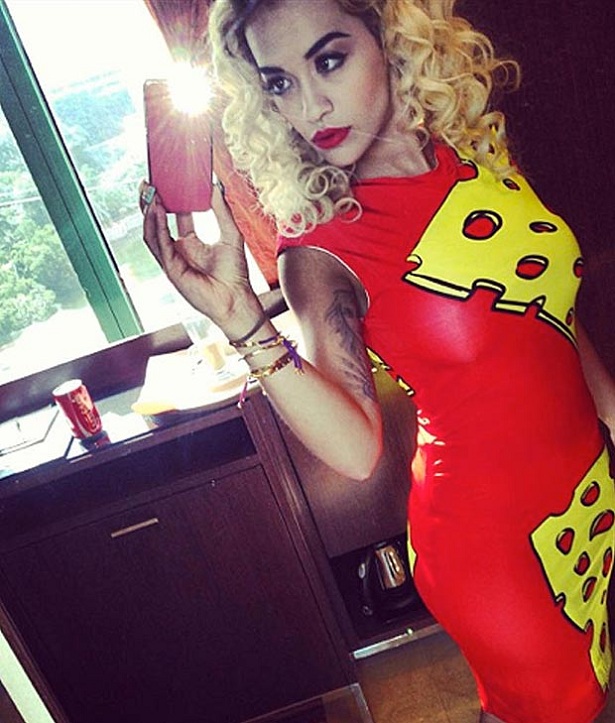 The Rodnik Band is designed by Philip Colbert, who was interviewed by the site Not Just a Label. The introduction to the interview explained:

“Philip’s designs walk a satirical line between art and fashion, and play on the idea of wearable art. Each design is hand made using intense hand-sewn and embroidery techniques. Each piece is part of a limited edition collection. The current collection was represented by 20 Hoxton Square Gallery. The brand is presented as an Ironic pop band, with Philip performing a vocal wrap, accompanied by models wearing the collection and playing in the band.”

Colbert, who named the label after a Moscow store founded in the early years of the 20th century, says on his site: “For me humour is a powerful tool to push understanding and encourage a thoughtful approach to clothing.” Well, the  dress version of Marcel Duchamp’s famous 1917 urinal artwork, “Fountain,” is definitely humorous. 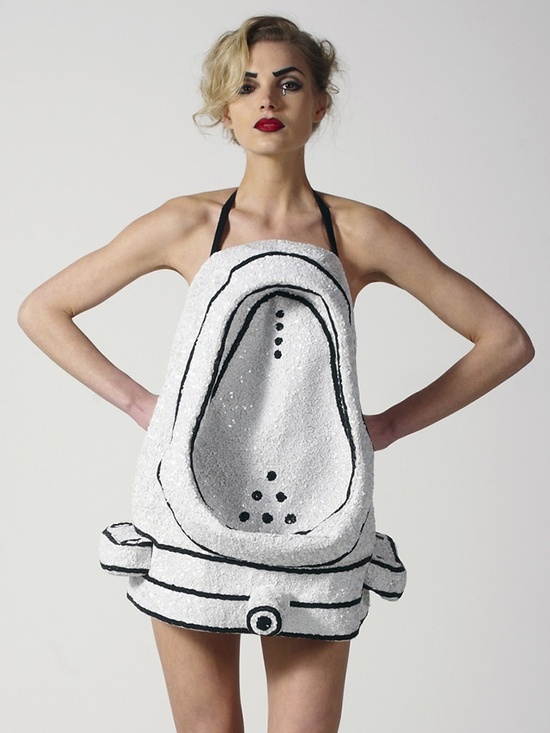 The urinal dress by The Rodnik Band.

Of course, that one is not really practical. For everyday wear, I’d recommend the ham dress from the Spring 2013 collection. 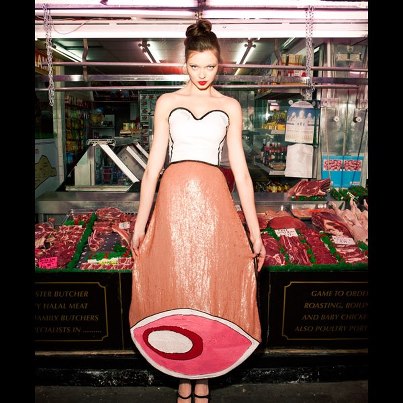 Okay, maybe not. But I think anyone could carry the cute “mouth” purse, shown with a washing-machine dress in this photo. 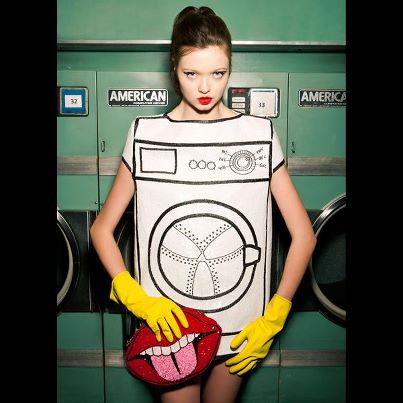 Via The Rodnik Band Facebook page. Also featured by Nylon.

Too many fashionistas make me want to quote the Joker in The Dark Knight: “Why so serious?” So I have to give props to the artistic peeps who push the envelope and make me laugh.

You might also like
Throwback Thursday: Ossie Clark in 2005, 2011, 2019
Lady Gaga, Vomit and Performance-Art Amnesia
Designers Speaking Their Minds, and Me at Melina Bee
Previous Post: « If There’s a Blackout, Blame FitzRoy for Pulling the Plug
Next Post: OMG! My Emoji Earrings Are on Style.com! »