I’ve mentioned before on the blog that I’m the chairman of the board of alumni trustees of the Columbia Daily Spectator, Columbia University’s student newspaper. I was the arts and entertainment editor at Spectator in 1988. As one of the trustees, I now advise the students on a variety of issues and promote the newspaper’s long-term interests.

Every February, Spectator has an awards dinner. The dinner is held in February shortly after one student managing board exits and a new one comes in. In this case, the 136th board was passing the torch to the 137th. I was a little concerned about the snowstorm known as Nemo, but New York City escaped the worst of it and we had a full house at the Columbia University Club for our keynote speaker Margaret Sullivan, the first female public editor for the New York Times. 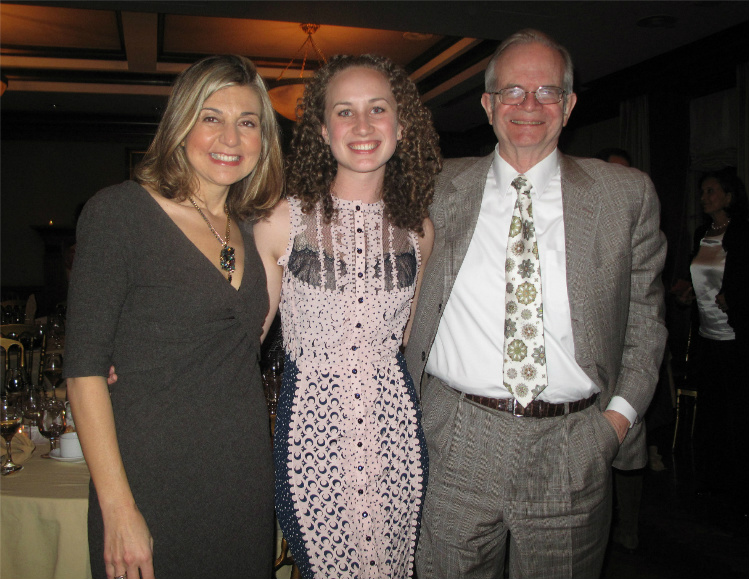 Two awards were presented to students and two to alumni. The Brian K. Malmon Award went to Spectator’s Derek Arthur, a deputy multimedia editor, in recognition of the support and good cheer he provides to his colleagues. The Quintana Roo Dunne Award for Visual Achievement — presented by Whitney Johnson, director of photography at the New Yorker — was given to Henry Willson, Spec’s 136th photo editor (Quintana was photo editor on my managing board, the 112th. I coordinated with Quintana’s mother, author and essayist Joan Didion, to create the memorial award in 2011.) Attorney Bernard Nussbaum was recognized for extraordinary service to Spectator. Bernie, who graduated from Columbia in 1958, served as the editor in chief on Spectator’s 81st board.  Among his other achievements, he was White House Counsel under President Clinton. Bernie has been a key part of Spectator’s fundraising effort to digitize all of its archives, dating back to 1877. Ernest Brod — a longtime member of the board of trustees, former Spectator sports editor and Bernie’s close friend from their days — was responsible for involving Bernie, other members of the class of ’58 and their friends in the digitization project. Bernie isn’t known for being shy, but he turned over the acceptance-speech duties to Ernie. 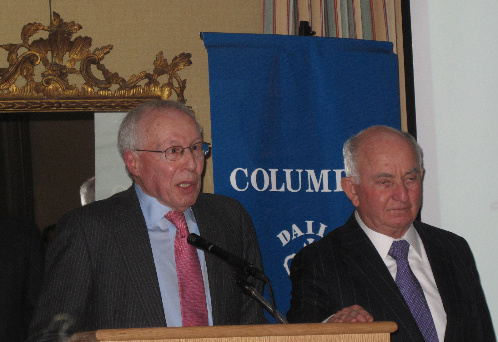 The Lifetime Achievement Award was given to Max Frankel. Max is a 1952 graduate of Columbia College, Spectator’s 75th editor in chief, a Pulitzer Prize winner and the former executive editor at the New York Times. 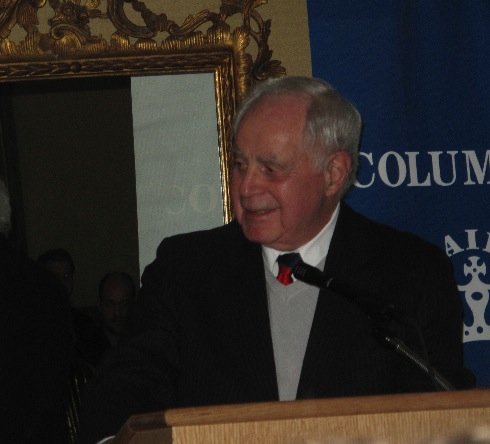 There’s a framed quote from Max hanging in Spectator’s office about how important the paper was to him: “That’s how I chose Columbia: I followed the ink. I reported for duty at the Spectator a full week before the start of classes, an order of priority that remain immutable for four fateful years.” Ha! That priority is pretty typical of the dedicated students who work at Spectator. In my welcoming speech, I assured the parents of the outgoing board members — who are generally in the second half of their senior year — that grade point averages for this final semester should be more impressive than in the past.

It wasn’t part of my speech, but I enjoyed chitchatting during the cocktail hour about my use of the title “chairman.” I’ve written about that here before too. Here’s what I said in 2010 when asked about it by one of the first women to hold a high-level position at Spectator:

To my amusement, the students — who would normally use the neutral terms “chair” or “chairperson” but were aware of my personal use of “chairman” — assured me that they had checked my blog to figure out how to identify me in the program.

Here’s what a chairman wears to an awards dinner. 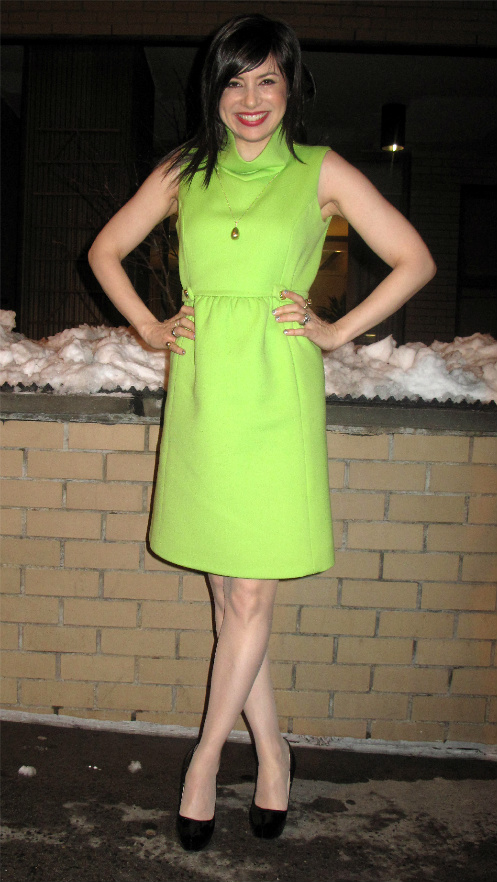 I was definitely not the fashion standout of the evening. That was Abby Mitchell in her Anna Della Russo for H&M hat. During cocktails, when I spotted a young lady wearing a large bird on her head, my first thought was, “WTF?” My second thought was, “I! LOVE! IT!” The most startling looks are always my favorite looks. It’s kind of a subset of my “Never Is the Next New Thing™” philosophy. I asked Abby to pose for a photo. 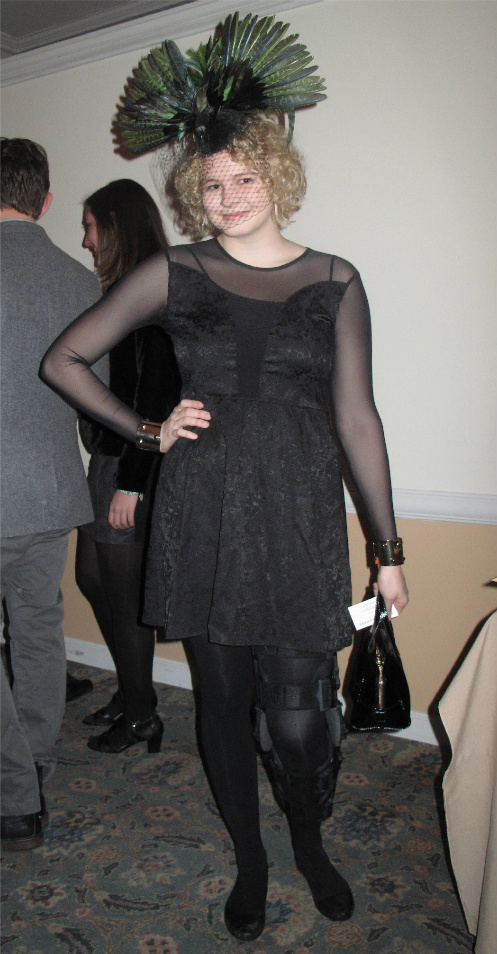 And not only was the event blessed with the appearance of a feathered headpiece … it also raised the final funds needed to complete Spectator’s part of the digitization project, which has been done in partnership with the Columbia Libraries. Thanks again to all the students, alumni, parents, family, friends and guests who made the night a success.

UPDATED TO ADD: I linked this to Not Dead Yet Style’s Visible Monday post because you can’t beat this shade of green for visibility! Check out other stylish ladies’ looks here.

You might also like
In Love With Mullets and Style Icon Yolandi Vi$$er
Mad Men and Gladiators
What Wendy Wore: Cheap & Delicious Cava With Tina
Previous Post: « Happy Chinese New Year! Celebrate With a Snake.
Next Post: Valentine’s Day Reminder: Down to the Wire for Jewelry! »