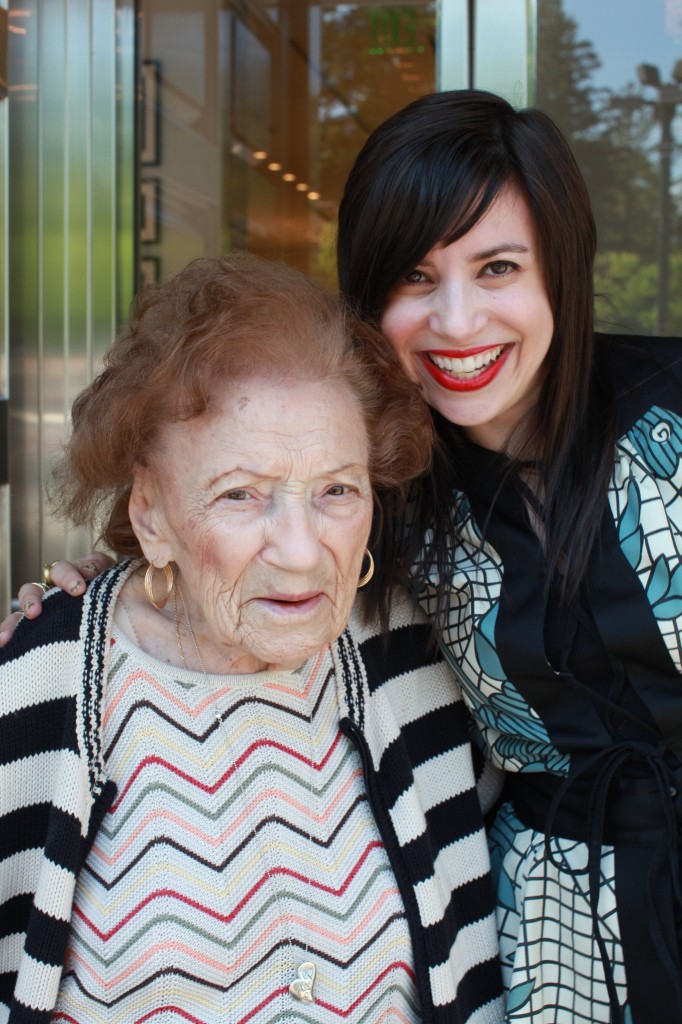 Nan’s husband, my grandfather Sam, died when I was 16. Sam’s sister was named Martha. Ruth’s brother was named Bernie. Martha and Bernie were married. Just thought I’d share that factoid.

Mother’s Day lunch was casual so I initially put on my standard jeans and t-shirt uniform. Then I decided to be a little more festive and added an Ossie Clark blouse/jacket thingy.

I got the Ossie blouse/jacket thingy — which has a Celia Birtwell print —  in 2008 at a vintage store in London. I was accompanied on that shopping trip by Al Radley, who bought the company from Ossie and employed him back in the day, and Caroline Carr, who worked with Ossie as Al’s design director. (For those of you who are Ossie fans, Al is the Radley in the label “Ossie Clark for Radley.”) That memory makes the top super-special. And, as you can see, the ’60s/’70s piece features a current fashion trend: a peplum. Peplums forever!