She did it again! Blogger/designer Stacy Lomman raised enough money on Kickstarter to show her third collection under her own name.  Her “Biohazard” collection for Spring 2012 was presented on Friday at The Cutting Room, accompanied by a live performance by New Wave Solar Powered Robots. 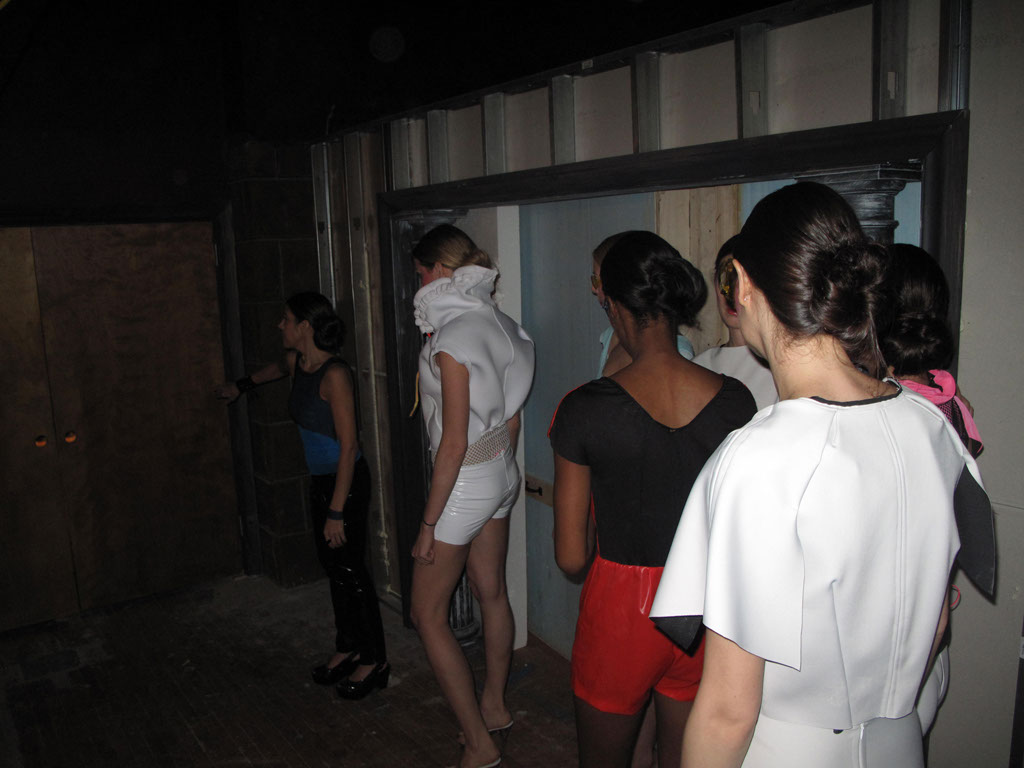 The designer (in blue) as she was about to send the models onto the runway.

The show was all about tough clothes for perilous times, accessorized with equipment normally used for work with nasty fluids — science-lab safety glasses and plastic stripper heels. Here is Stacy’s description of the collection from the program:

And here are some of the 12 looks that were shown. If you followed New York Fashion Week, you’ll see that Stacy was right on trend with her use of neon brights and high/low hemlines. Keep in mind that Stacy sewed every single piece with her own hands! 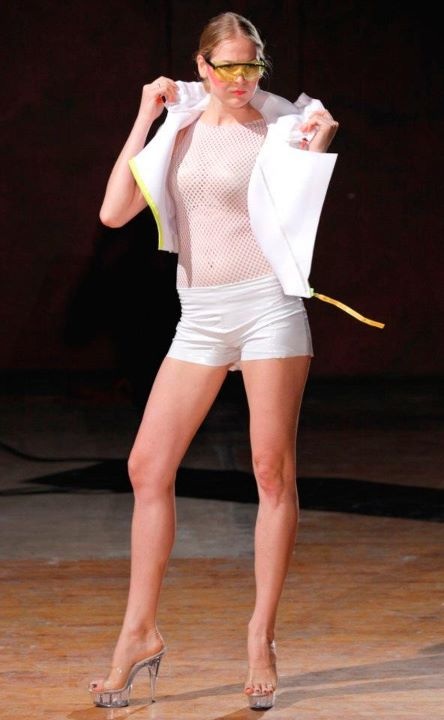 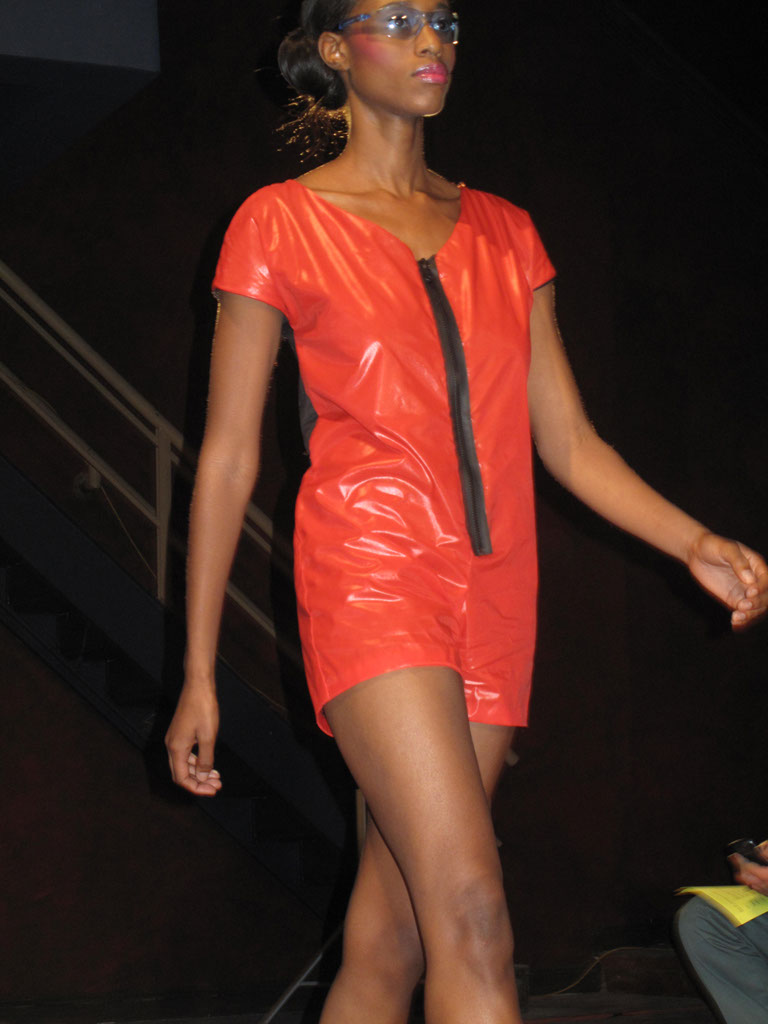 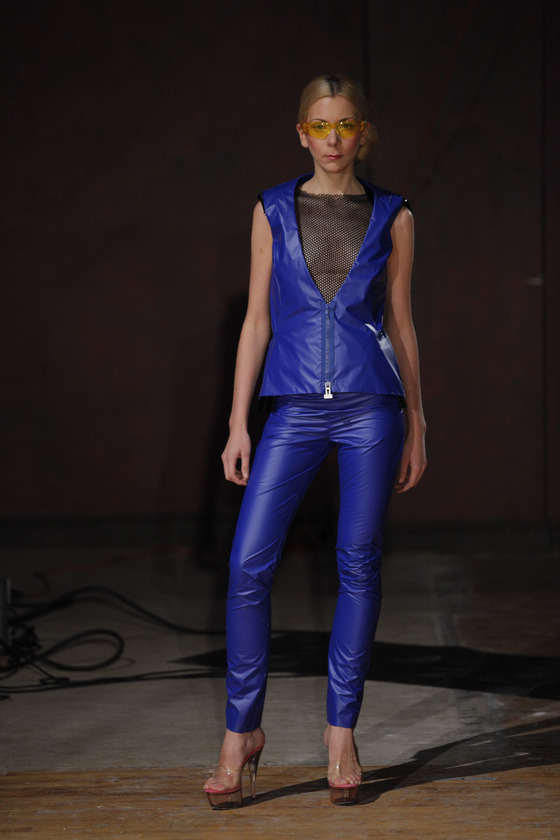 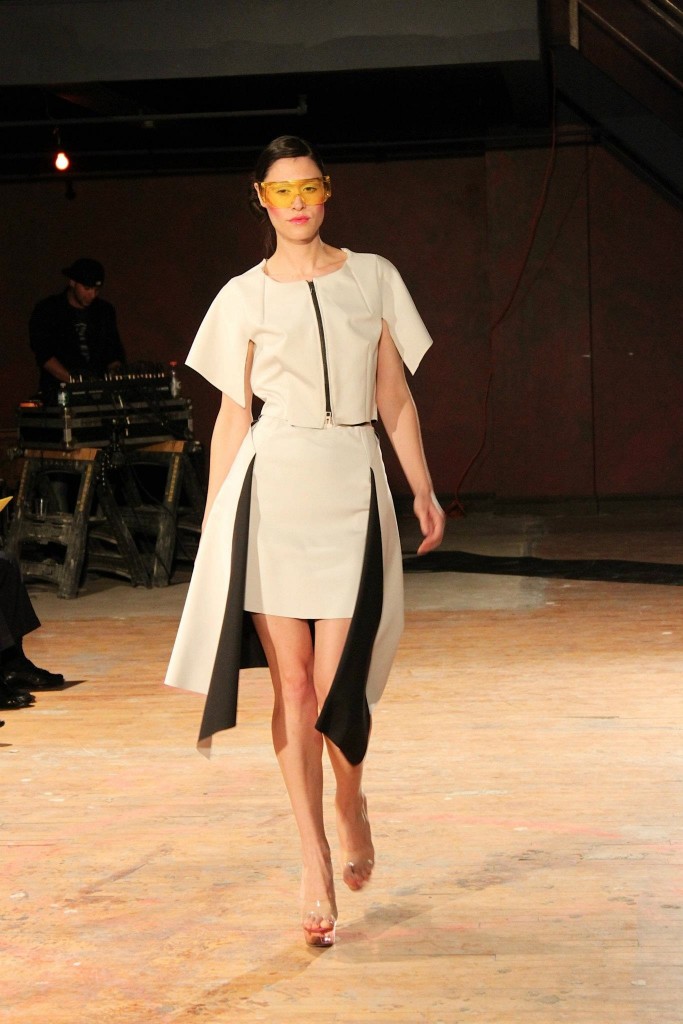 The audience applauded this orange gown. 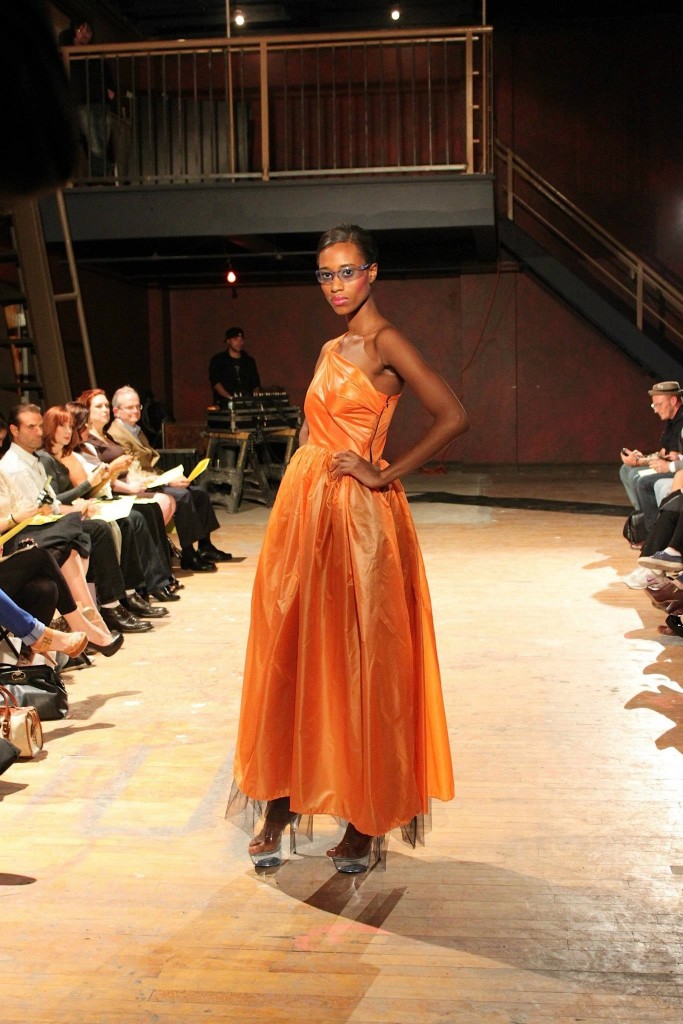 I got a kick out of the “veil” that accessorized the wedding-gown finale: a full science-lab safety mask. 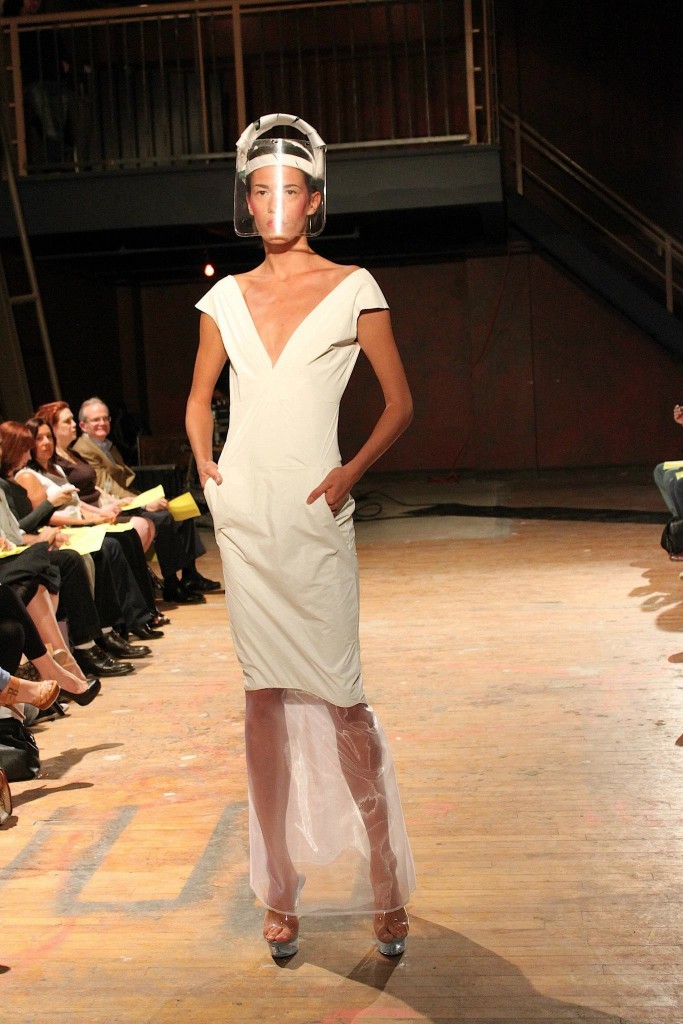 The designer took her bow in a little top she whipped up for herself — from scraps of fabric — in the wee hours of the morning on the day of her show. How toned are her arms? I’m jealous! (The exposed zipper pants aren’t her design. She bought them several years ago for a Countess Dracula Halloween costume.) 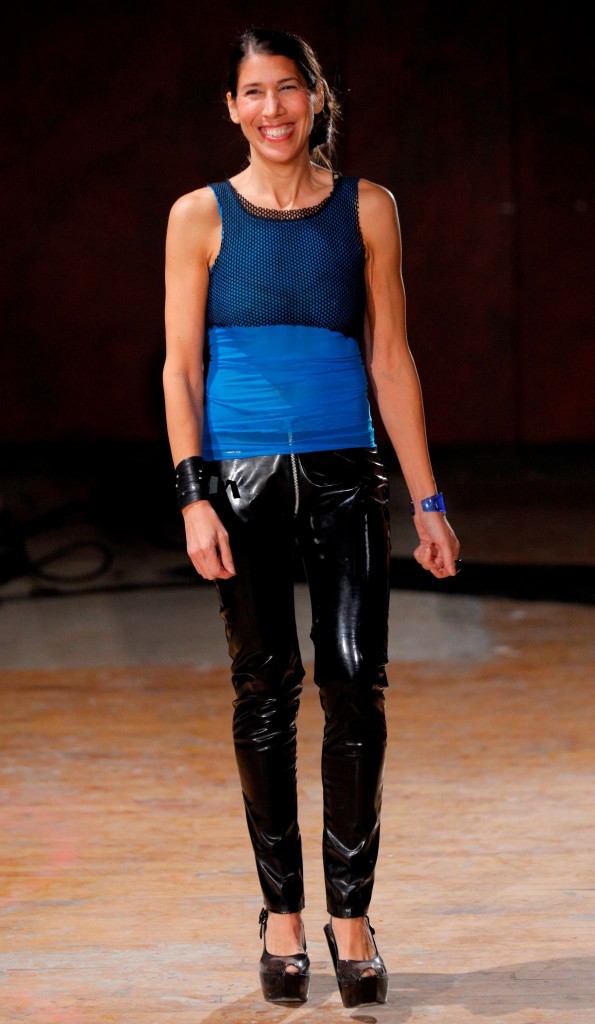 Stacy Lomman on the runway. Photo by Randy Brooke.

There’s no “What Wendy Wore” photo from the evening, because I dressed down to help behind the scenes, which included wrangling 60 folding chairs. But I did take one photo with my makeup artist friend Tennille. She usually wears flats, while I usually wear heels. She’s 6’1″ without shoes, and I’m 5’4″. That night, she wore three-inch heels and I wore sneakers. Hilarity ensued. 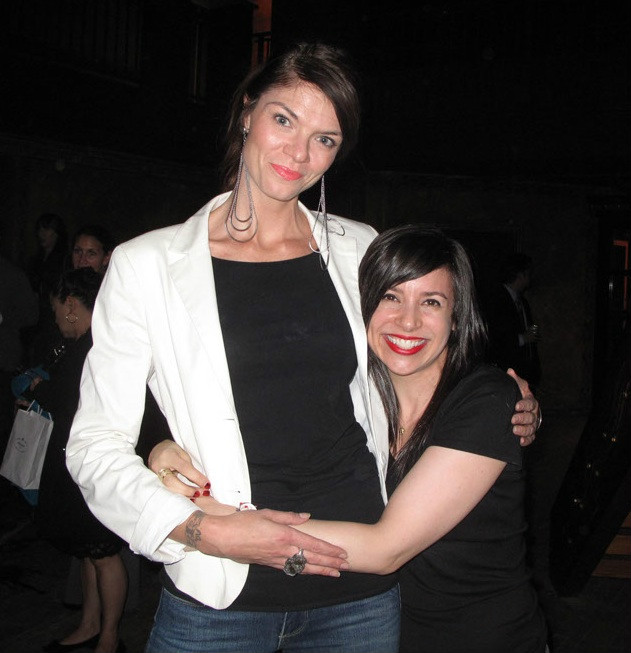 "How's the weather up there?" "Did you say something?"

If you’re a retailer interested in placing a wholesale order with Stacy — or you’re a fashionista who wants to request a custom piece — you can contact the designer through her website, stacylomman.com. I already know I’m getting a neoprene jacket from my Kickstarter contribution, but I’ve also got my eye on that gown.

You might also like
What Wendy Wore: Art by These Pink Lips, Part 2
Updated Tally of NieNie Donations
Wanderlust 2014: I Tuned In to Liverpool
Previous Post: « Great Minds Search Alike
Next Post: Rick Ross and My Dream Jewelry Job »