Last Wednesday, I dressed for a cocktail party in a way that felt “not me.” Anyone familiar with the Family Circus cartoon knows how annoying that little son-of-a-bitch “Not Me” is.

As a result, when I got dressed for an event the following evening, I made a point of dressing as “me” as I possibly could. 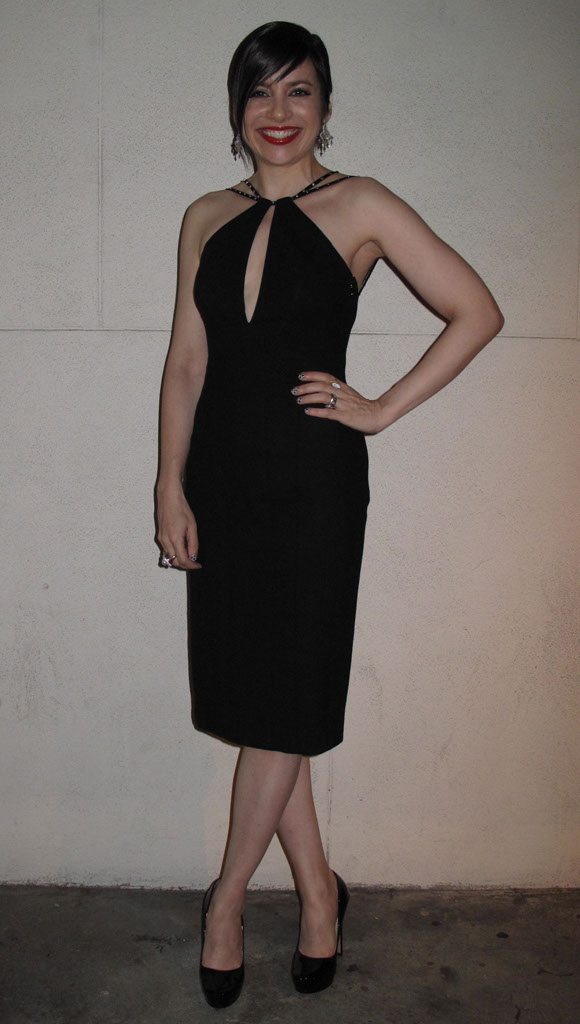 I knew I was successful when a former colleague ran up to me to say, “As soon as I saw the back of that dress, I knew it had to be you!” 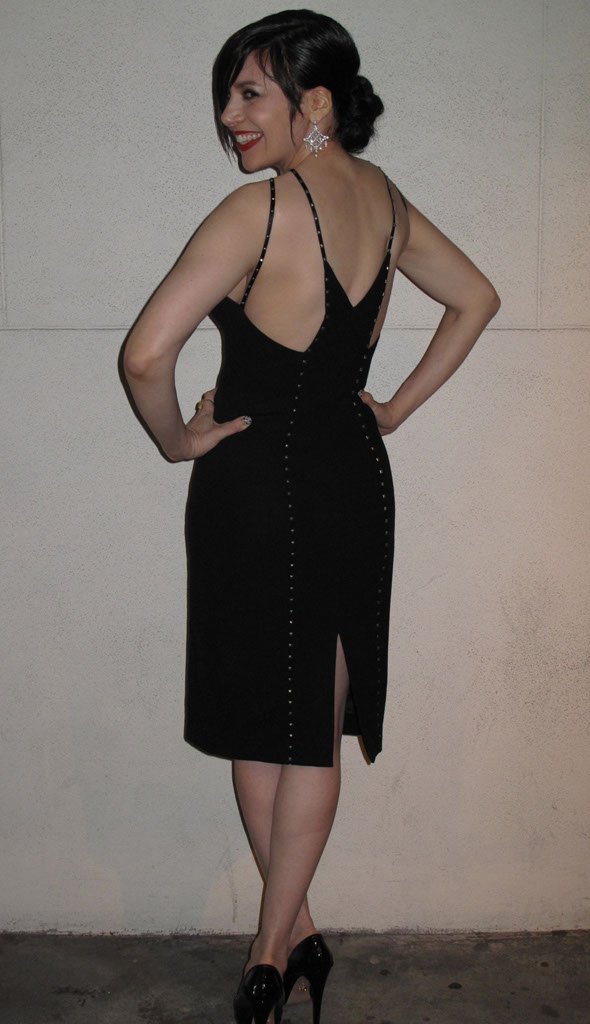 This is what she was talking about.

In the early 2000s, I got quite a few Versace pieces thanks to a fabulous and persuasive sales associate at the now-closed Madison Avenue store. The dress I’m wearing in these photos was from the Fall 2004 collection. Believe it or not, this is the first time I’ve worn this dress. I happened to get it about a day before I decided that black was not the way to go for big evening events. I wrote about my feelings about Boring Black Dresses in a post in 2008. One of my complaints in that old post was that beautiful craftsmanship details are lost in photos of black evening clothes and that’s true in this case. The dress is shaped by gorgeous stitching that’s invisible in my photos, but if you look closely you can see that stitching a little better in this photo of Halle Berry wearing a white version of the same dress in 2005. (Talk about someone you don’t want to be in a “Who wore it best?” contest with, right?) There are also silver studs on the straps and down the back of the dress that are hard to discern in the full-length photos. You can see them a little better in this close-up. 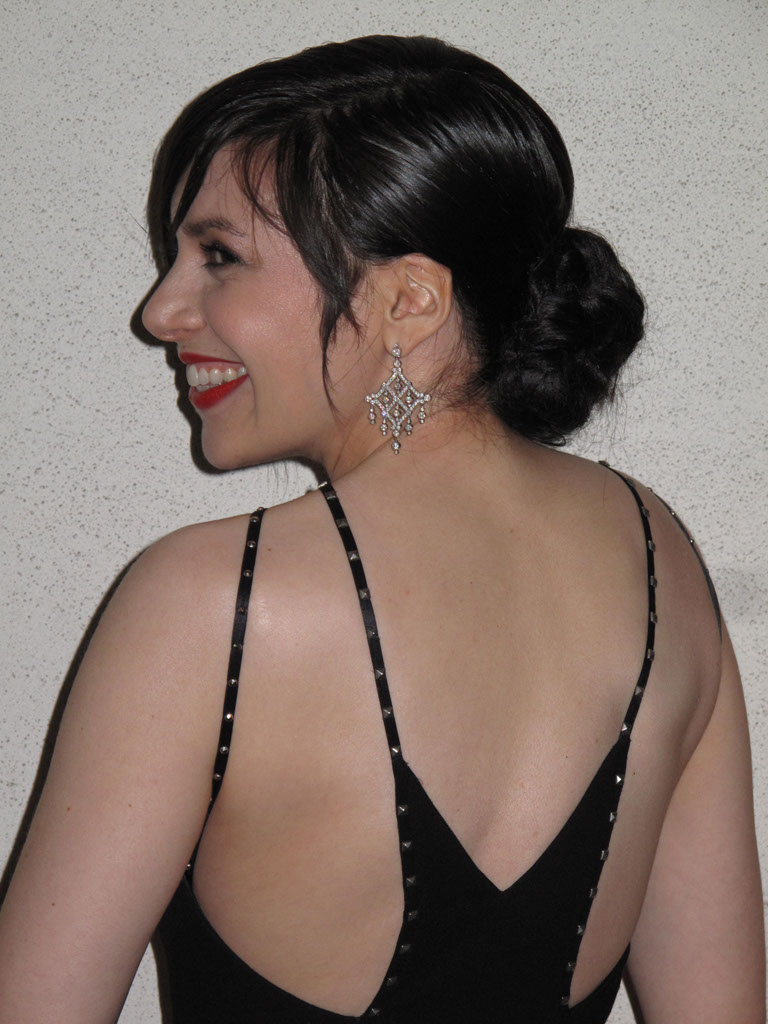 I never got rid of the dress because I knew the right moment would come. And it did! Patience pays off. I pulled another old Versace out of the closet on Saturday. I had to pick up my laptop from the 24/7 Apple store on 5th Avenue, where it was being treated for the ill-effects of a water spill. Gorgeous clothing designer/blogger Stacy Lomman and I decided that was sufficient cause for celebration, so we went for drinks at the Plaza Hotel before going across the street to Apple. I’d been brooding about this little chartreuse Versace skirt for a while. My miniskirt days have been over for a long time, but I’ve been reluctant to part with this one because I love the color. This weekend, I figured that if I’m ever going to wear it again, it might as well be now. It’s not like I’m going to be any younger next week.

As you can see, I tried to cover up everything else and let the skirt do the talking. I’m glad I didn’t go for black tights though. That would have been a bit much. Now for something totally different: While I was writing this post, the news of Osama bin Laden’s death broke. One of my favorite Family Guy clips mocked bin Laden by portraying him as a regular guy who fumbles his lines in front of a video camera. Evil-doers aren’t known for their sense of humor, so I felt like he’d be really tortured by this if he ever saw it. 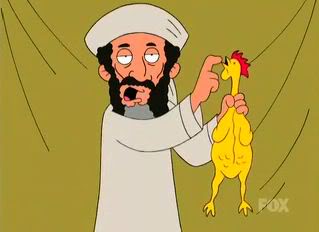 Osama jokes around with a rubber chicken.

Eminem did a jig and waved a white flag while dressed as bin Laden in his 2002 “Without Me” video.

And we’ve already got GhostOsama and OsamaInHell on Twitter. Humor is good revenge.

You might also like
What Wendy Wore: International Press Freedom Awards '18
Online Shopping Sadness at eLuxury
What Wendy Wore: Red Lips for Our Anniversary
Previous Post: « Buy Jewelry (on Sale!) for Mother’s Day
Next Post: Claws and Coco »