While on my way to Washington, D.C., last month for an interview with the hometown paper, I was browsing the vampire section of the airport bookstore when another book jumped out at me. Not literally, of course. It wasn’t an evil zombie book that was trying to kill me.  I just noticed it because the title was The Queen of Palmyra and the cover showed a sad little white girl sitting on a swing. I swear on Henry the dog that I instantly and correctly surmised that the story was set in the Civil-Rights-era South and there would be a tough black servant named Zenobia or Xenobia in it.  Yep, I judged a book by its cover. 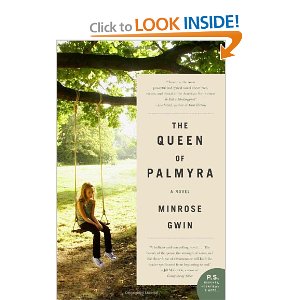 That incident inspired me to make my Xenobia ring Jewel of the Month. The ring, one of my earliest designs, was named for the real 3rd-century queen of Palmyra (I went for the alternative spelling of the queen’s name). Xenobia was a warrior queen — she snatched Egypt, among other territories, from the Roman Empire and ruled for several years until the embarrassed Romans marshaled their much greater forces to win it back.  I don’t know what kind of fierce headgear a Roman-ass-kicking queen wore in the year 269, but in my imagination it is something like this. 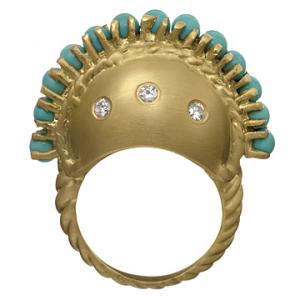 This has always been one of my favorite pieces. People never fail to comment on it when I (or a gorgeous client) wear it. It’s big and bold but not bling-y — a cocktail ring you can wear every day. 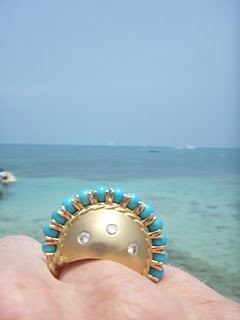 Right now, I have one extra Xenobia in a size 5 3/4 and, if you holla at me at wbjewelry at hotmail dot com in the next 24 hours, you can have it for $3,000, half-off the normal price of $6,000. Yesterday’s post on the record-high price of gold explains why this is such a great deal and why it’s a special, limited offer.

For more information on the ring’s inspiration, I highly recommend Warrior Queens by Antonia Fraser. (There are a lot of other great ladies in that book, and some of them will eventually be turned into WendyB jewelry.) If you need more than a chapter, you might try Empress Zenobia: Palmyra’s Rebel Queen or Palmyra and Its Empire: Zenobia’s Revolt against Rome. I haven’t read either of those so report back on whether they’re worth a look.

And don’t forget: 24-hours for the Xenobia at half-price. Holla!

You might also like
I Will Have Crazy Traffic After This Post*
Jewel of the Month: Twerk It in My Twerk Necklace
Easter-Egg-Gagement-Versary
Previous Post: « Why My Gold Jewelry Is a Total Steal
Next Post: What Wendy Wore: Going Gaga From the Heat »