The annual International Press Freedom Awards Dinner for the Committee to Protect Journalists (CPJ) is always an awe-inspiring event. It honors journalists from around the world who risk their lives to report from war zones and in defiance of brutal regimes.  In 2009, 35 journalists have been killed. Just this Monday, 12 journalists have been identified as among the 46 people killed in an election-related massacre in the Philippines. (UPDATED NOV. 25 to ADD: The death toll is now at 57.)

Winners of this year’s Freedom Awards, presented at a dinner emceed by Christiane Amanpour last night at New York’s Waldorf-Astoria hotel,  included Naziha Rejiba of Tunisia and Mustafa Haji Abdinur of Somalia, who were there to accept their awards personally. Jiang Weiping, who won his award in 2001, finally made it to the ceremony after being imprisoned in China for five years and kept under surveillance for three more. Among the reports that angered officials was Jiang’s story about how the mayor of Daqing used state money to buy 29 apartments … one for each of his mistresses.

Two honorees — J.S. Tissainayagam of Sri Lanka and Eynulla Fatullayev of Azerbaijan — were not there because they’re both in jail on trumped-up charges.  I have CPJ postcards calling for the release of both journalists. If you’d like to sign one in support of these two brave men, send your snail-mail address to me at wbjewelry at hotmail dot com and I will send you a card to sign.

It wasn’t all dire news last night. The black-tie event itself was a big success,with the dinner raising $1.2 million to help journalists and their families. An additional $100,000 was pledged by attendees during dinner. And, of course, with that many media people in one ballroom, there was lots of networking. Like last year, I was too busy talking to people to eat dinner, so I needed to have some French fries at a diner afterward. 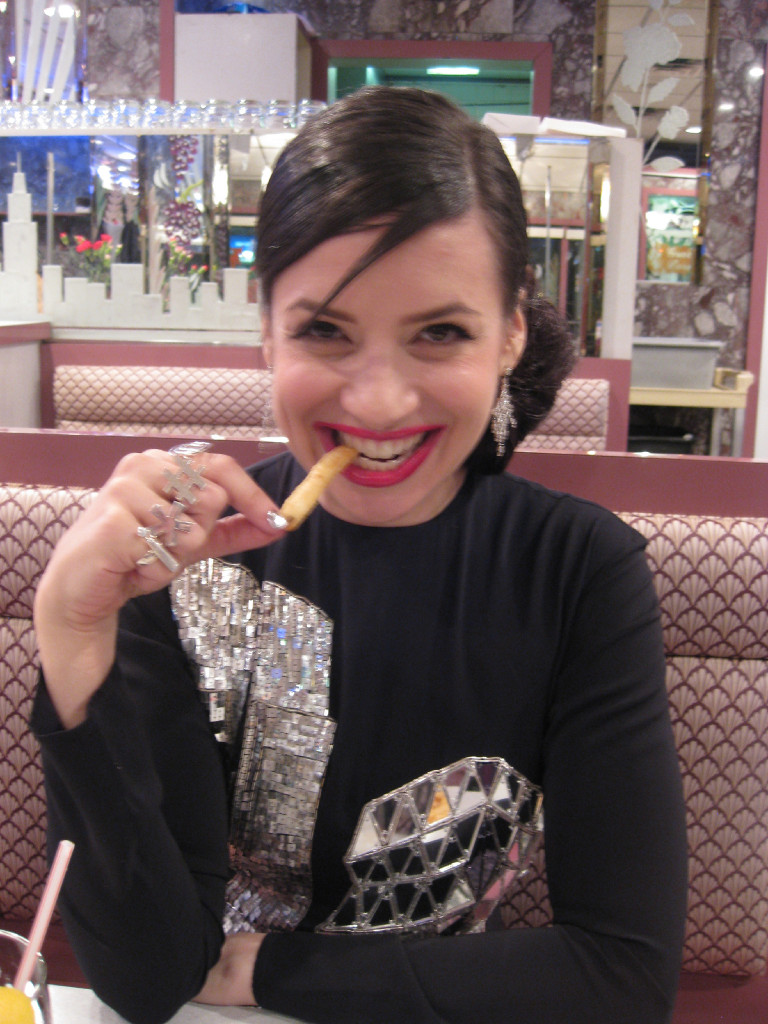 Having gotten the serious stuff out of the way, I’ll post more outfit pictures tomorrow. My Zang Toi gown was so spectacular that my new house photographer, GeorgeB, drove in from New Jersey to take pictures. He declared it worth the trip.