While I was working on my ‘80s flashback post on Nena, I remembered Kingdom of Style’s post on artist Patrick Nagel. Like any ’80s teenager, I remember Nagel primarily for his Duran Duran album cover art. I used to ponder this cover while listening to my beloved John Taylor on vinyl. 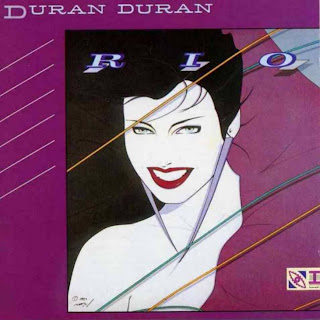 What I didn’t remember is the strange way Nagel died. He had a heart attack after participating in an exercise-a-thon fund-raiser for the American Heart Association. He was only 38 years old and, according to someone who worked with him, not much of an athlete. For more on Nagel, click here.

On a happier note, after a previous post in which I confessed my affection for John Taylor, the delightful Somlynn alerted me to this photo of Susanna Hoff of the Bangles and John Taylor. The two prettiest people of the ’80s together. Woot!