Look, I changed my shoes (click to enlarge photos)! 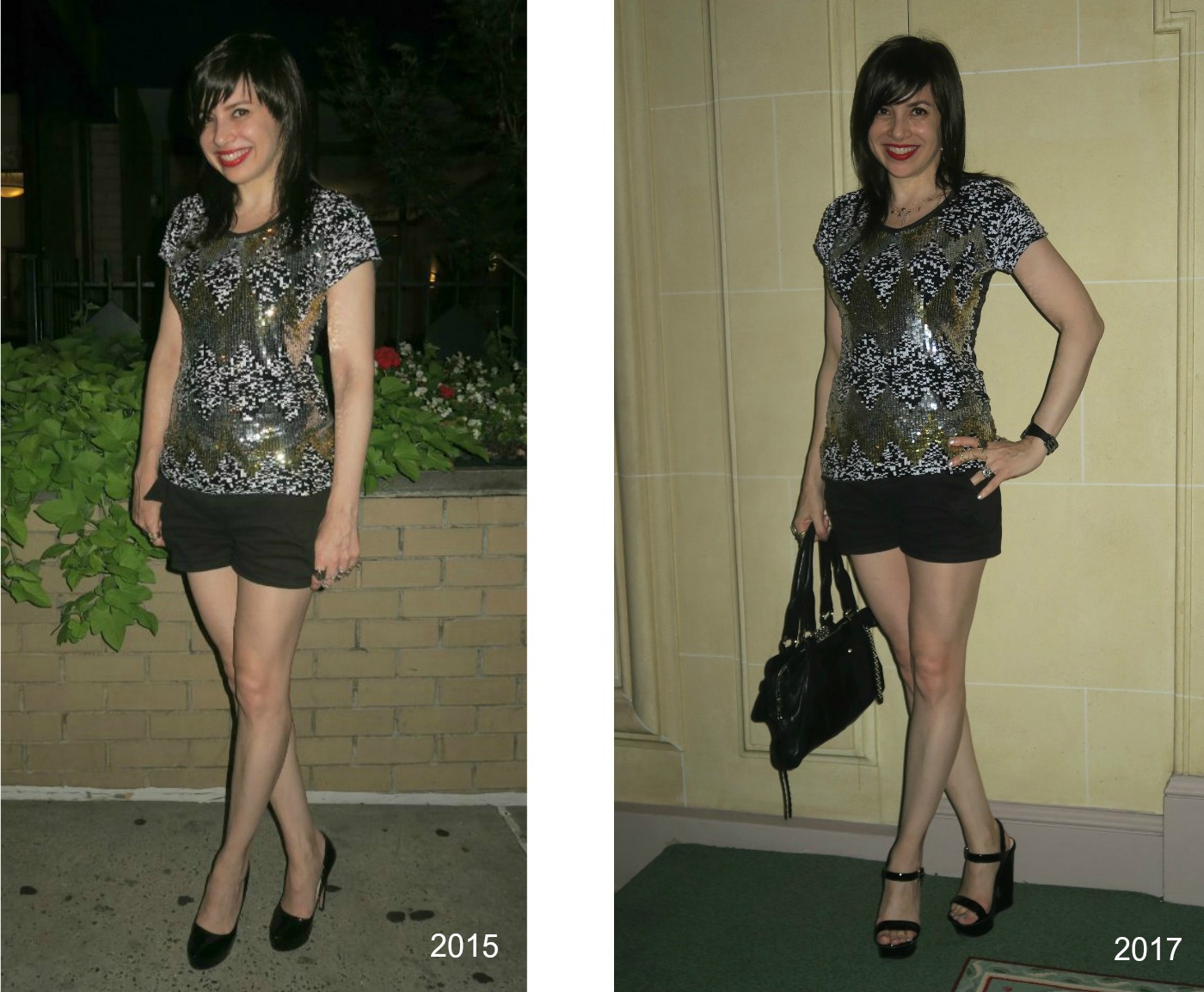 The 2015 photo was taken in New York. The 2017 photo was taken last week in Paris, so it’s appropriate that the bag I was carrying is a Sonia Rykiel that I bought in Paris in 2009. Now that I think of it, I am wearing a couple of other Parisian pieces in the Paris picture. The shorts are from the now-closed JC de Castelbajac store there, and I got the Hermes watch at the store on Avenue George V in 2001. Apparently, my clothes are like homing pigeons, flying me back to their places of origin. Remind me not to buy anything in a city that I hate!

You might also like
November Concert Catch-Up: Kanye West and Jonathan Richman
What Wendy Wore: Dressing to Please a Man, Part II
Outfit Post: All Clogged Up
Previous Post: « It’s an Honor to Be Nominated by WJA!
Next Post: Wednesday’s Video: Vintage Clothing FAQ, Part 2 »