When I was writing about Beyoncé, Adele, and the Grammys on Monday, I wanted to link to my post about Adele’s concert at Madison Square Garden last September. However, such a post was nowhere to be found! Adele wasn’t even mentioned in my year-end list of all the 2016 concerts I hadn’t written about earlier.

I don’t know how that one slipped by me because the concert was stellar.

My hands were shaking because I had to run at full speed through Madison Square Garden to get to my seat in time! #latergram #hello #adele #madisonsquaregarden #firstsong #adeletour #adeleontour #25 #adeleatmsg

Adele’s voice was amazing — I’d been worried about that after last year’s Grammys performance — and her great personality was on full display as she chatted with the audience between songs. She was too chatty for some critics and concertgoers, who counted the number of songs she performed (18) like misers counting coins, comparing that statistic unfavorably to the length of the show. The critic for the Mercury News in California’s Bay Area was really annoyed, writing:

“Of the two hours she spent onstage Saturday, I’d estimate that 40 minutes were devoted to talking. Although, it felt more like 10 hours.” 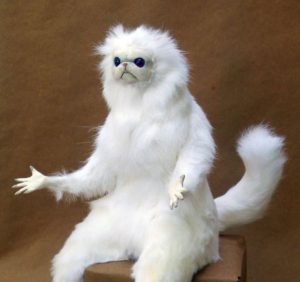 Adele was like, “Oh, shut up. Suck my dick.” No, really, that’s what she said about the criticism at a show a couple of days later.

Adele inviting 4-year-old Quinn up on stage. I've never seen anyone interact with the fans to this extent! #latergram #adele #madisonsquaregarden #quinn #adeleatmsg

Another cute moment was when Adele moved to a smaller secondary stage towards the rear of the floor. The people who had seats right next to that stage were going to have an awesome photo op no matter what, but Adele made it even better. She walked around the entire platform, pausing every few feet to lean down so all of those fans could take a selfie with her in the background. The whole time she kept talking to the audience, keeping us entertained. You have to be some kind of Concert Grinch to be angry at a performer who does that.

You might also like
I Would Do Anything for Love, But I Won't Do That
The Red-Legged Musical Men of My Youth
Naa! Naa! Dude Looks Like a Lady
Previous Post: « The Maneater Collection Gets Some Lovin’
Next Post: What Wendy Tried: Oscar de la Renta on Oscar Weekend »