In honor of February 14, I’m going to dole out some tough love, because I’m tired of people who moan that occasions like Valentine’s Day are overrated, too stressful, or no fun.

Stop waiting around for someone else to make your (holi)day! You’ve got to squeeze all the celebratory moments you can out of life yourself.

So do what I do: Throw your own New Year’s party! Host your own birthday party! And if you’re a single woman looking for Mr. (or Ms.) Right, celebrate Galentine’s Day with your gal pals or simply …

It’s not too late to make the most of tonight, so text your friends right now and tell them to come over with bottles of bubbly, stat. Watch or re-watch a TV series or a movie that makes you laugh your ass off. Fuck the rom-coms and avoid that Sex and the City, relationship-oriented stuff. Get television inspiration here. I recommend Curb Your Enthusiasm if you want to be glad not to be in a relationship. If you like old movies, watch His Girl Friday. I’ve seen it a dozen times and it still makes me laugh out loud. (Plus the career-focused woman is the capable hero of the story.) Be gross and watch Jackass. You don’t even have to pick a comedy for hilarity to ensue! My designing friend Stacy Lomman and I cried literal tears of laughter when we finally watched The Revenant last year. If I’d known that movie was so ridiculous, I would have watched it much sooner. (When you’re watching something so bad it’s funny, it is mandatory that everyone comments loudly on every stupid thing that happens, like when Leo rides off that cliff and survives while his horse does not.)

For a wildly entertaining combination of gross things, physically impossible feats, AND totally gratuitous, full-frontal male and female nudity, I urge you to try out one of my all-time favorite shows, Spartacus, which aired on Starz.

Once you get through the laugh-inducing pilot episode, the series is stuffed with the most outrageous villains (like Emperor Commodus from Gladiator, but campier) and one of them is Lucy Lawless of Xena fame.

It’s also got people having explicit sex with in every type of way with every type of person and possibly some inanimate objects, plus violence so over-the-top that CGI blood is regularly “splashed” on the camera lens as a way to segue between scenes. Mixed in are suspense, heartfelt moments, and a stilted “Roman”-style English to imitate endlessly. I do love a show that makes me scream, laugh, cover my eyes, cry, salivate, and shout, “Speak up, Crixus!” — all within five minutes. 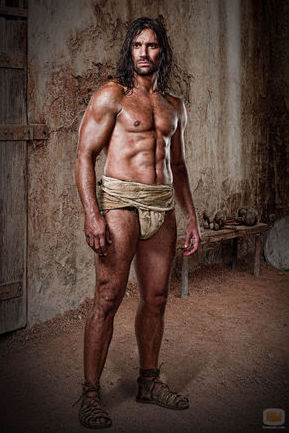 We never knew what Crixus was whispering about, but did it really matter? No.

Wanna hit YouTube instead? Check out short classics like “Henri le Chat Noir” and “Marcel the Shell With Shoes On.”

And if you have a friend who can laugh along with you at all of these things, she’s more than a BFF — she’s bae. Buy her a post-Valentine’s Day treat, and I don’t mean 50%-off Russell Stover candy. Get her fine jewelry instead … 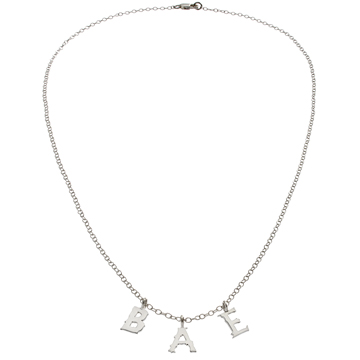 … and send me the half-off Russell Stover heart-shaped box. I ain’t proud!

You might also like
Throwback Thursday: Eryn Wearing Something Borrowed
Happy New Year!
Year of the Dragon Jewelry
Previous Post: « My Best Dressed at the 2017 Grammys Is …
Next Post: Beware of Nontraditional Gems in Engagement Rings »