Bring out the flames emoji, because the fashion at tonight’s Golden Globes was on fire! 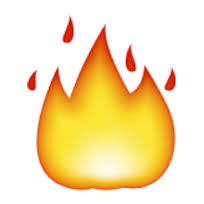 Seriously, these are the best-dressed awards-show attendees that I’ve seen in years. There were so many contenders for my coveted Best Dressed/Wear What You Want combo award that I’ve got to hand out a slew of honorary awards before I get to the big winner.

First up, much love goes out to singer/actress Janelle Monáe for wearing an Armani Privé mullet dress — mullets being one of my favorite looks for both hemlines and hair.

Bonus points to Janelle for wearing not just a mullet, but a POOFY mullet! It reminded me of Geena Davis’s infamous 1992 Oscar gown.

Janelle didn’t do a high-low hairstyle to match her high-low frock, but I loved the little pearls woven into her hair.

She’s been having a lot of fun with her hair lately, adorning it with safety pins, gold wire, and googly eyes.

From the Eyes, to the Gold Wire, and then to the White Safety Pins… Can you guess what messages ? am sending and speaking through my hair?

A round of applause to Janelle Monáe for wearing what she wants!

Pharrell Williams — the singer/songwriter/music producer who has now added movie producer to his resume — has been slaying red carpets since his giant Vivienne Westwood hat went viral at the Grammys in January 2014. That hat was a vintage 1980s Westwood style, meaning not only is Pharrell chic, but he dares to reach back to past seasons for his looks. Tonight he opted for a long white jacket from Chanel’s pre-fall 2012 Bombay collection …

… topped off with a Chanel beanie and fabulous jewelry.

The women who went for dark gowns did it right, with deep necklines. The little details on black or almost-black gowns are often lost in red carpet pictures, so you might as well go for the plunge like Kristen Bell, in her Jenny Packham gown. I love a squared-off neckline. It gives me medieval vibes.

All the double-sided tape required to hold Jessica Biel’s Elie Saab gown in place was totally worth it.

A few of my jewelry-industry colleagues bemoaned the lack of necklaces with the plunging numbers, but if you’ve got a few acres of beautiful skin to show off, why not just show it off? (Unless, of course, you’re a jewelry designer. Then you load that décolletage with all the chains you can get your hands on.)

Some of the Golden Globes women looked like jewelry themselves. Issa Rae glowed like a moonstone in Christian Siriano.

I always appreciate a woman in a tuxedo, so Evan Rachel Wood and Kathryn Hahn both got a cheer from me. Octavia Spencer got an even bigger cheer because she accessorized her navy-blue Laura Boschi tuxedo with a 40-carat Lorraine Schwartz emerald ring (the size of a Chinese chicken salad, she said).

Olivia Culpo gets my Too-Much-Is-Never-Enough honorable mention for this ravishing Zuhair Murad dress. (I’ve seen a few of those criss-cross bodices lately, and this is the first one that’s looked elegant.)

Honestly, I could go on! But I’ll get to my official runner-up. As I’ve said before, my prestigious Best Dressed/Wear What You Want combo award requires more than a beautiful dress. It calls for an eye-catching look. You must dare to be different! And that’s what I loved about Lily Collins in dusty-rose Zuhair Murad Couture. The lacy texture and the full skirt combined with her pale skin, braided updo, and red lips was almost costume-y. YASSS!

She made me think of an escapee from a Jane Austen novel … who stopped at a tattoo parlor while she visited our era.

Finally, here it is: My official Best Dressed/Wear What You Want winner is Tracee Ellis Ross. She won the Golden Globe for best actress in a comedy series on her first-ever nomination — the first black woman to win that award since 1983. She too was wearing a Zuhair Murad Couture dress — it was a big night for Zuhair Murad. But what was put her style over the top for me was a diamond ring on every finger.

They were from multiple designers, too! It’s so refreshing to see someone who hasn’t signed an iron-clad contract with a single, already-famous jewelry house. The plethora of rings — and lack of any other jewelry at all — was shocking to some people, but not to me. After all, take away a bunch of diamonds and that’s what I would call my working jewelry (to

It’s not only the look of the rings that appealed to me, but the look on Ross’s face as she posed in the rings. The phrase that came to mind is the title of a book that Susan Fales-Hill wrote about her mother: “Always Wear Joy.

The more rings the merrier! The only thing that dampened my enthusiasm ever-so-slightly is a joke Ross made about the jewels: “I’m hoping to abscond with them and buy a house,” she said. “I think I will hock them and give all the money to Planned Parenthood and the ACLU. It’s that kind of year, folks.” I’ll bet you an ounce of gold that somewhere out there a designer of one of those rings is sooooooo not laughing at that. Or maybe I’m projecting because I started this whole blog after a celebrity ran off with one of my rings. And then there was the actress who broke one of my diamond bangles and didn’t pay for months. Both instances were incredibly traumatic.

Anyway, here’s one more photo of Tracee loving her rings!

You might also like
David Bowie's 1976 Playboy Interview and Other Links
Margaret Anne, Harry Connick, and Xenobia
Wednesday's Video: How to Get Free Jewelry
Previous Post: « The Weeks in Review
Next Post: Wendy Brandes Jewelry in the Press »