I’d heard of singer Andra Day before, but I didn’t truly HEAR her until she performed with Ellie Goulding at the Grammy Awards last month. While she was still on the Grammy stage, I was checking for tour dates and I had my tickets for her March 25 show at Webster Hall by the time the duet with Ellie was over.

I invited my concert-loving friend Jessie to come along, and I got there early to get to the front row. 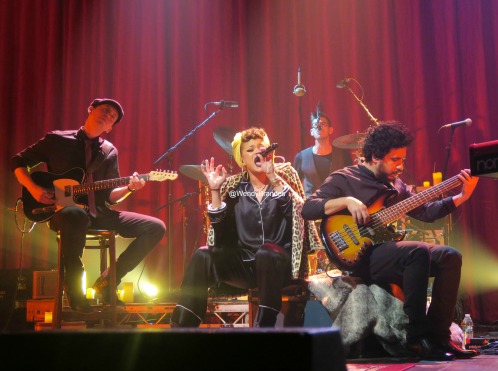 Andra Day and her band.

It was so worthwhile. Andra is a great singer, and, as a bonus, had a fabulous on-stage personality. She was a good sport about a non-working microphone at the start of the show.

Andra Day was a good sport about her mic not working during her first song… She got one that worked and started over. @andradaymusic #andraday #websterhall @websterhall #music #concertvideo #concert

She was also very generous in giving her keyboardist, Charles Jones, opportunities to show off his own voice.

Here’s a snippet of Andra’s Grammy-nominated “Rise Up.”

And this clip will give you an idea of how she worked the stage.

Nina Simone fans should check out her cover of “Mississippi Goddam.” 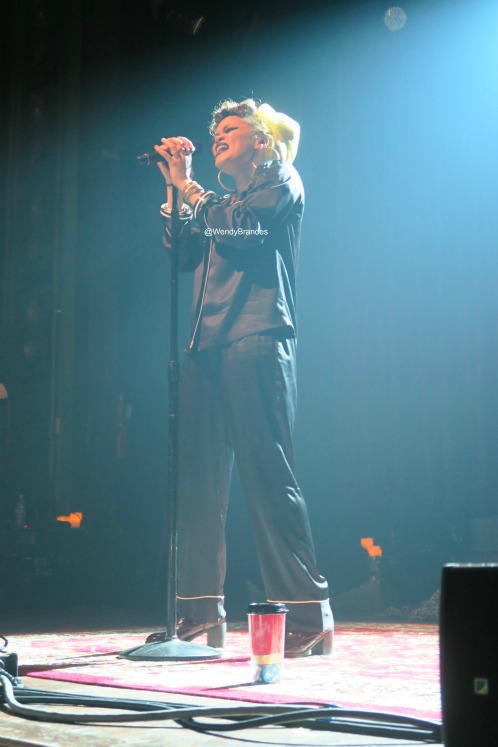 I kept laughing a little to myself, thinking of Andra going home after an exhausting show, taking off her PJs and slipping into new PJs. Rihanna was working the outside pajamas last year too, but I feel like Andra owns this look.

All of my best Andra photos are on Flickr here, and there are also two photos of her talented and handsome opening act, Giovanni James. He and his band have some sharp coordinated dance moves.

Speaking of Rihanna, for her Anti tour, she left the PJs behind for an onstage wardrobe of YEEZY-looking neutrals, right down to her thigh-high boots. 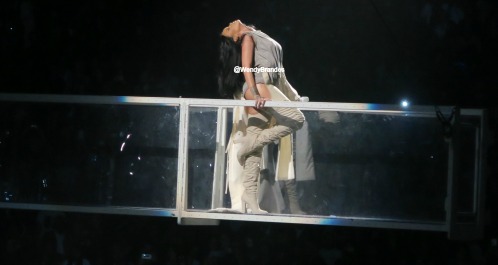 Rihanna on her transparent catwalk.

MrB and I caught Rihanna’s show at Barclays Center in Brooklyn two days after the Andra concert.

We didn’t have floor seats but we still had a good view from the side of the stage.

When you can clearly see Rihanna’s nipple jewelry in your photo, you know you have a good seat!

This is the fourth time I’ve seen Rihanna now (I saw her solo in 2013 and twice during the 2014 Monster Tour with Eminem) and I’ve never seen her so smiley! 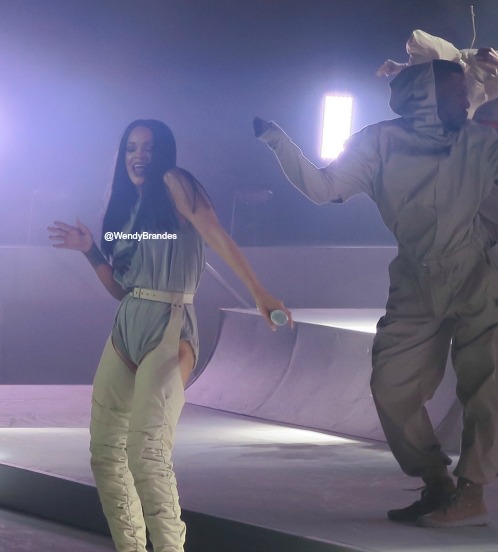 I’ve always found Rihanna’s cool, remote stage vibe weirdly sex-ay, but, after a period of adjustment, I decided I like the new, happy Rihanna too. 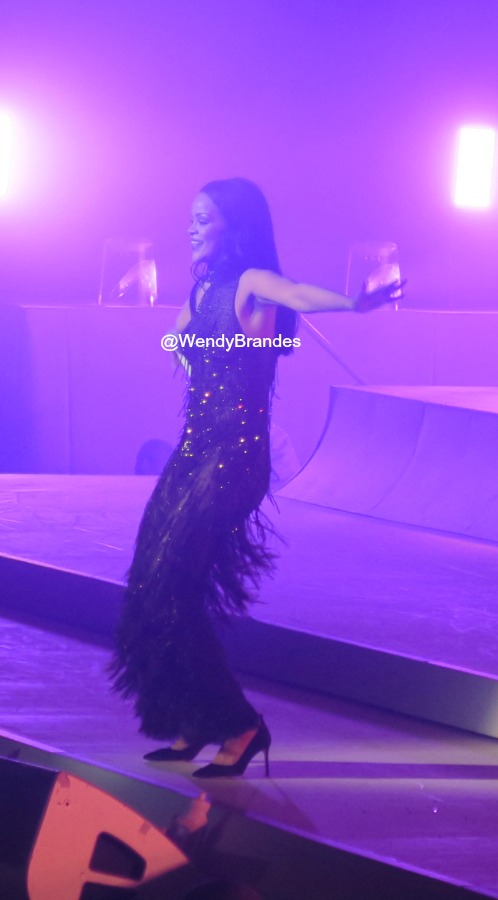 I even forgive her for stealing my 1994 hand flip! 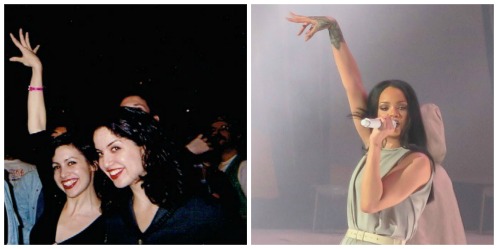 I didn’t get the official memo to wear the YEEZY neutrals, but my long, faux-ostrich-feather vest fit in. 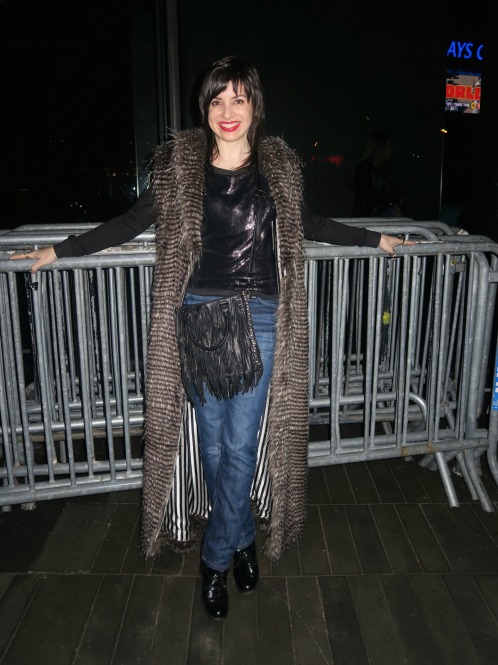 Click here for my best Rihanna photos on Flickr, and here for a clip of opening act Travis Scott getting up close and personal with people in my section.

You might also like
Happy Holiday, Goyim!
Casting Call for Bloggers Wearing Wedge Sneakers
What Wendy Wore: Surprising 2006 VMAs Throwback
« Who Is Your Fashion Audience?
Jewel of the Month: Diamond Micro Studs for Tender Ears »