Nicki Minaj isn’t the only one with a beef after Miley Cyrus’s MTV Video Music Awards hosting gig.

When Miley ended Sunday’s show with a performance of her new song, “Dooo It!,” I got all excited about the costumes. 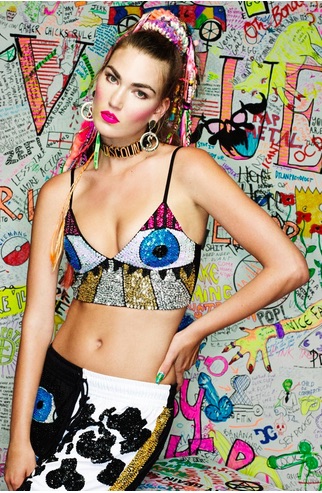 I tweeted about it, hoping to confirm.

Turns out that the “Dooo It!” costumes were created by Miley’s stylist, Simone Harouche, and designer Brad “BCalla” Callahan. In an interview published on Yahoo!, Harouche went off, citing other influences — including Salvador Dali — and saying, “It’s very sad that people need to use Miley’s amazing performance as an opportunity to create press for themselves, when they had nothing to do with the creative process.” Um, WTF? Actually, Simone, you created the press by making costumes that the many people familiar with Discount Universe recognized as DU’s style, so that we all started reaching out to the Discount Universe designers. They had to say something in response!

Discount Universe made that point after Harrouche’s comments, again posting on Instagram:

“We aren’t ready to release an official statement but felt that this kind of thinking is way too dangerous to leave unaddressed. Prior to posting ANYTHING on social media we were inundated with interview requests and tags CONGRATULATING US for designing the finale looks of the VMA awards. To actually suggest that we ASKED for it is atrocious. No one ASKS to get hurt…”

By the way, according to this 2014 story, it was Harouche who bought Miley’s first Discount Universe piece from the DU website.

Discount Universe was represented — for real — at the VMAs by 87-year-old Instagram star Baddie Winkle.

With that dress, Baddie would have fit right in on stage with Miley and her posse, no? Baddie was also wearing Discount Universe when she met Miley before the show.

Baddie’s Cyclops dress is available on Discount Universe’s website here. Her pre-show Dreams sweater is here. And, in the New Arrivals section, there are SUPER-CUTE sequined gym socks in a variety of colors (the site notes that these are fragile items so don’t actually wear them to the gym). 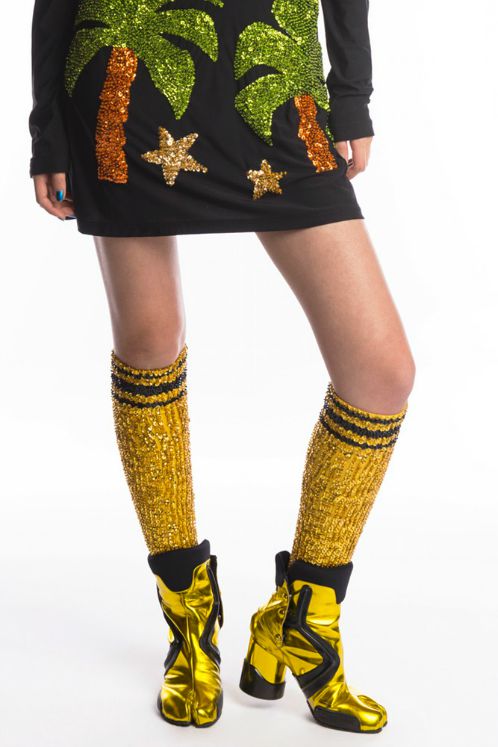 Those are like a cooler version of the sequined ankle warmers I wore for Halloween in 2013. Just the other day, I was thinking that I need to wear those again! 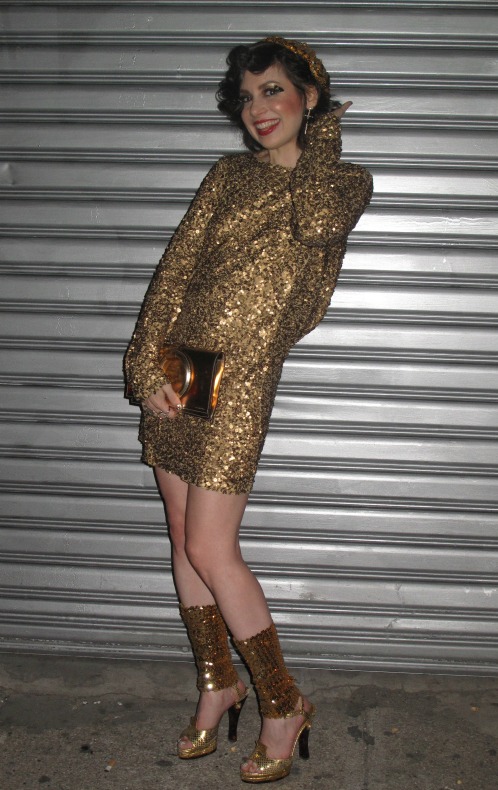 It’s all about sequined socks this fall … trust me!

You might also like
Can't Get Lenny Kravitz's Phone Action Out of My Head
Tag, I'm It.
Cyber Monday Sale Reminder & Blog Week in Review
Previous Post: « Recommended Reading: The Children of Strangers
Next Post: Throwback Thursday: McQueen Top, Now and Then »