People say that every boxing movie has the same plot and maybe that’s true (except for Million Dollar Baby, because the hero normally doesn’t get killed by adrenaline injection), but it doesn’t mean a movie can’t excel within that range. I was blown away by the Southpaw premiere last night, as was everyone around me in the movie theater; the audience was spontaneously clapping during key scenes. 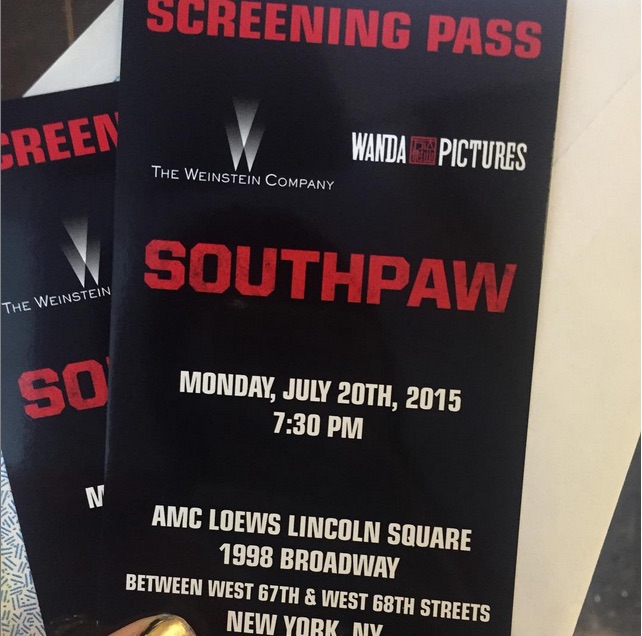 Thanks to the Weinstein Company for inviting us!

Stars of the film — Jake Gyllenhaal, 50 Cent and Rachel McAdams — were there to introduce it, along with Eminem, who did the soundtrack. Kurt Sutter, the creator of television’s Sons of Anarchy, originally wrote the Southpaw screenplay specifically for Eminem, with DreamWorks acquiring the script in 2010. It was going to be a not-at-all-literal follow-up to Em’s 2002 movie 8 Mile, which was a semi-autobiographical film about a would-be rapper who wants a better life for himself, as well as for his baby sister. In Southpaw, Eminem was going to be a beaten-down boxer who lost his wife and had to get himself together in order to create a better life for himself and his young daughter. However,  by 2012, Eminem had dropped out to focus on his music, and Sutter was like, “Meh, this isn’t happening.” Then Oscar king Harvey Weinstein got interested, with Gyllenhaal in mind for the part. The Wall Street Journal did an interview with Kurt Sutter about how the movie, as it exists, came together.

CLICK HERE TO READ THE WSJ INTERVIEW WITH SUTTER.

I believe that Jake, who plays boxer Billy Hope with both intense physicality and heart, is guaranteed to get an Oscar nomination, as is Oona Laurence, who plays his daughter, Leila, with a sophistication way beyond her years. Rachel McAdams is also stellar as Billy’s tackily dressed but forceful and brilliant wife. If she weren’t as sharp as she was, you wouldn’t understand why Billy Hope fell so completely to pieces after her death. Other standouts are 50 Cent as Billy’s sleazy manager, and Forest Whitaker, as the tough trainer who brings Billy back from disaster.

Here’s a short video of Harvey Weinstein introducing the movie and if you hang on through all the shakiness and the big-headed guy in front of me, you’ll catch a brief in-focus glimpse of Eminem. Rachel McAdams is looking mighty beautiful too.

I was psyched to get this hat after the movie. 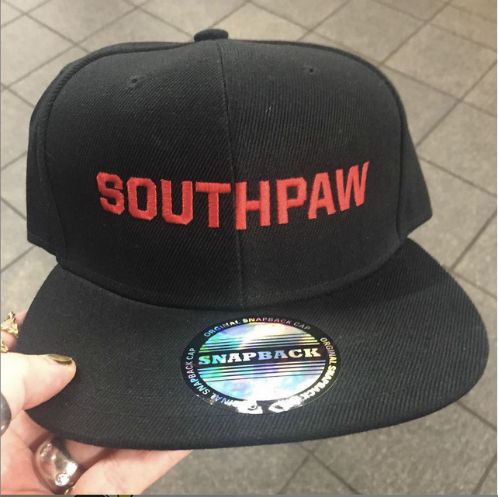 I was pleased to get this hat after the movie.

The post-movie party was at the 40/40 Club on West 25th Street. How many times have I said that I love a photobooth at a party? This time we got a damn gif!

MrB kept trying to bring me down during the photos and I was like, WTF IS WRONG WITH YOU!! THIS IS A FIXED FIGHT!! FALL DOWN FOR PETE’S SAKE IF YOU WANT TO HAVE A HAPPY WIFE!!! At least I won in the end.

Here’s my full outfit for the evening. 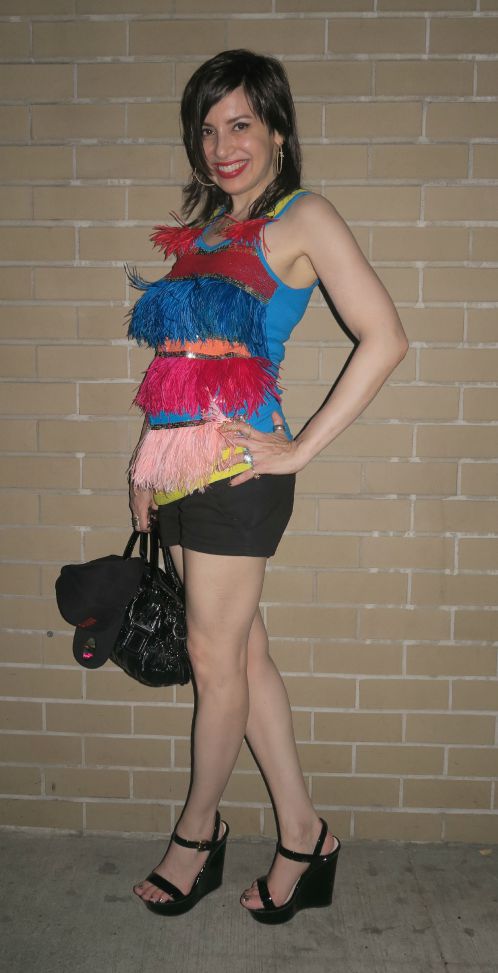 You can’t see my Shady nameplate necklace in the full photo, but here it is in a close-up. Of course, I had to wear it when Slim Shady did the soundtrack! 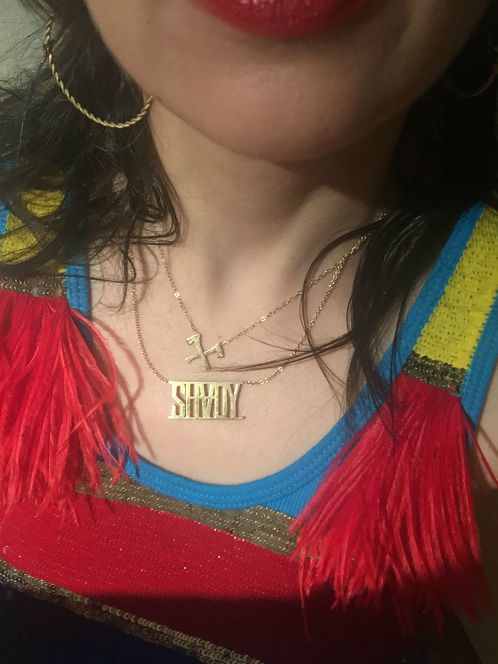 Let me tell ya, feathered tops don’t last forever. I was molting like crazy before I even left my house. This was a fraction of the feathers I shed early in the night. 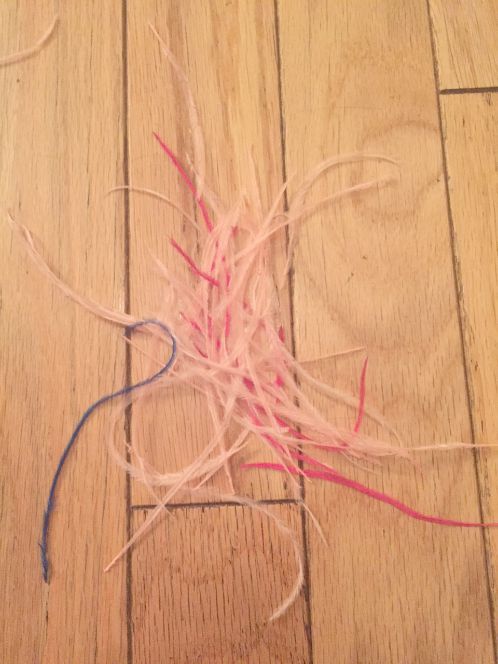 If I were a real bird, I’m not sure I would have been able to fly home after the extreme feather loss I suffered. On the bright side, I was easy to find all night. If you were looking for me, all you had to do was follow the trail of turquoise, pink and red feathers!

You might also like
Roma-Ro-Ma-Ma! Gaga-Ooh-La-La!
Things to Do in New York Tonight
On the Town: Huffington and Didion at Columbia Spectator Dinner
Previous Post: « Told You So … You Need Leg Jewelry!
Next Post: Fourteen Years Ago Today »