Before stylists and goddess gowns took over, there were a lot of eye-popping fashions at the Oscars. One dress that regularly turns up on everyone’s all-time worst-dressed list is Geena Davis’s 1992 short-in-the-front, long-in-the-back “mullet” dress. 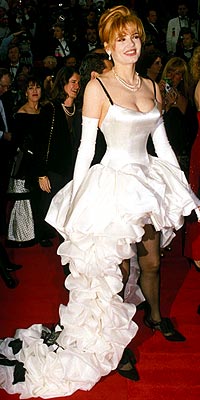 But she looks so happy! Photo from People.com. Click for source.

After that, mullet dresses were stamped with a big “NEVER!” in my mind, and if you’ve been reading my blog, you know what that means: the mullet is due for a revival because Never Is the Next New Thing™.  Sure enough, in February 2010, my designing friend Zang Toi did a beautiful mullet dress. I’ve been tearing my hair out for months trying to find the blog interview where I mentioned the look as a trend to watch, only to realize the answer was cut out of the interview. Luckily I still have the Word document in which I wrote my response to “What upcoming trends are you thinking of trying out?” I said:

“Crazy lace and mixed mini-maxi hemlines … both have been done by Versace and Zang Toi.  Versace had a lavender laminated-lace trench in the pre-fall collection and Zang is doing leather lace for fall. As for the mixed hemlines, Jennifer Lopez wore Versace’s mini-maxi dress to the Grammys this month, and Zang just showed a strapless sequin minidress with a spectacular floor-length overskirt. The mixed hemline does remind me of Geena Davis’s much-criticized 1992 Oscar dress, but that doesn’t scare me. I also want to try purple lipstick like Zang had in his show on February 13.”

Note that I went to great lengths to avoid using the unappealing word “mullet.” Now I prefer “high/low hemline.” 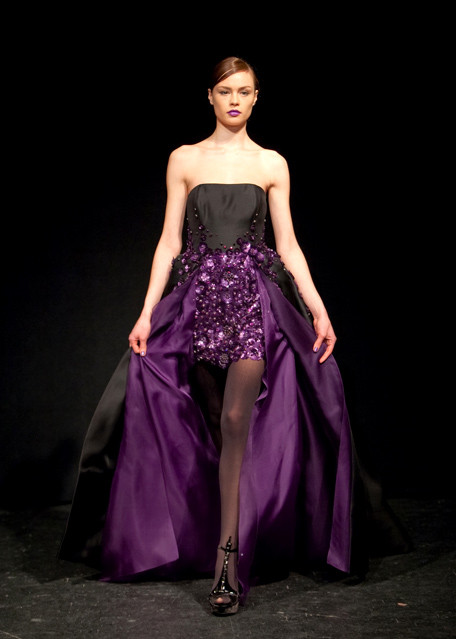 Anyway, similar hemlines kept catching my eye. One was from Sarah Burton, designing for the Alexander McQueen label. She showed the style in October 2010. 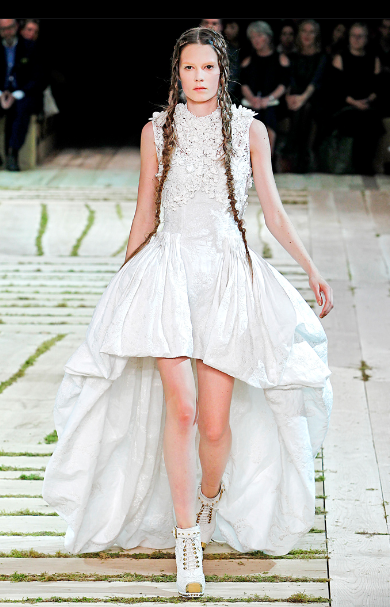 I was delighted to see my girl Rihanna wearing a stunning high/low Christian Dior dress at the Grammys this February 13. 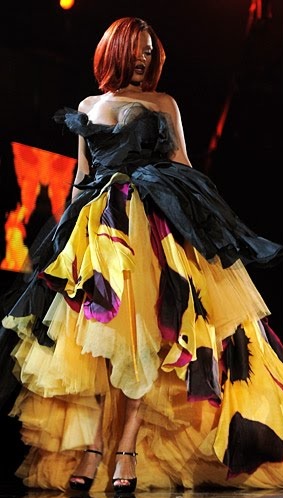 The day after the Grammys, the Wall Street Journal mentioned that jackets with tuxedo tails were seen on the runways during New York Fashion Week. I thought the jacket trend boded well for the acceptance of asymmetry.  And, proving my point, on Oscar night at the end of that month, actress Emma Stone wore a tailed dress from Chanel’s Fall 2009 Couture collection. 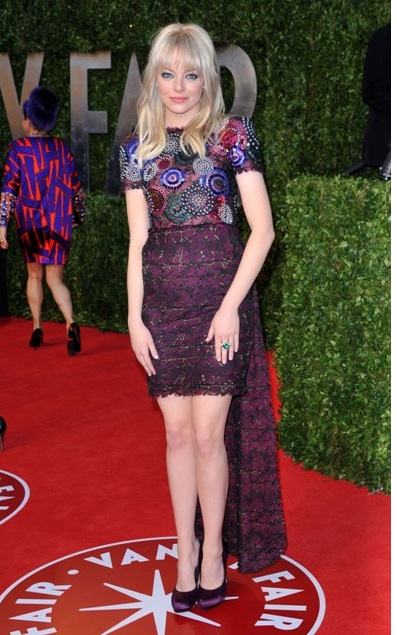 The following month, actress Teresa Palmer wore Cushnie et Ochs for the Paris premiere of the movie I Am Number Four. 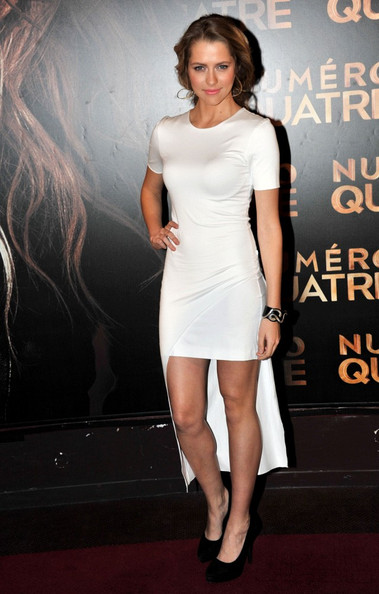 My Prada-dress nemesis Hailee Steinfeld wore a high/low hemline by Stella McCartney at the Metropolitan Museum of Art’s Costume Institute gala this May. 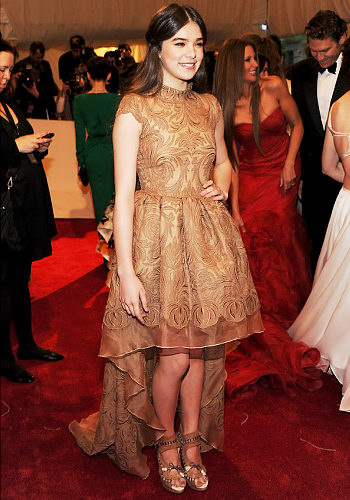 Earlier this month, Lady Gaga wore a high/low Mugler to the CFDA awards. 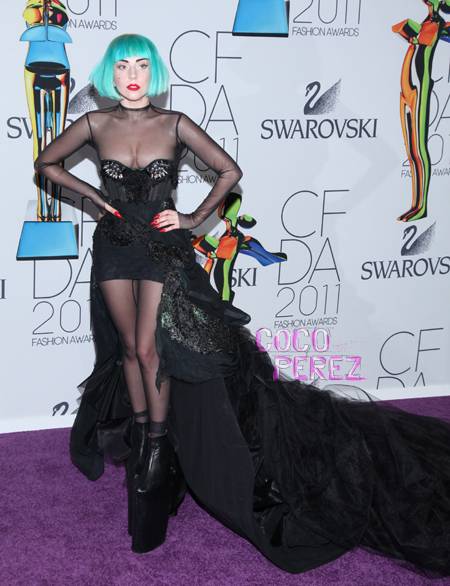 But a trend is really happening when it moves off the red carpet and onto the sidewalks. Last month, Emily Maynard of reality TV’s The Bachelor was snapped wearing a $128 high/low hemline dress by Funktional. 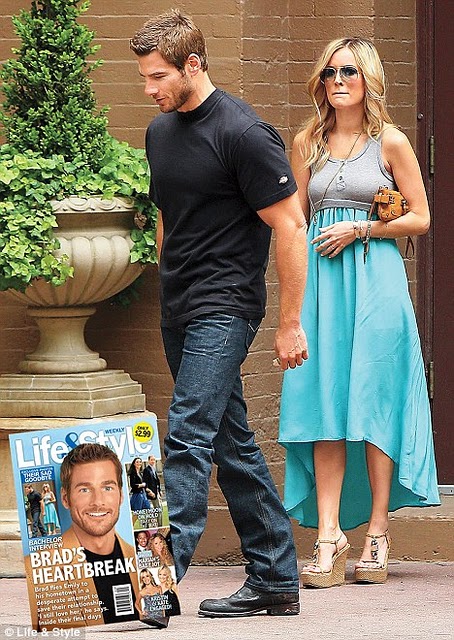 Gorgeous blogger Ashley of Two Eyes in the Mirror posted a photo of herself in a high/low skirt from Nasty Gal on June 1. 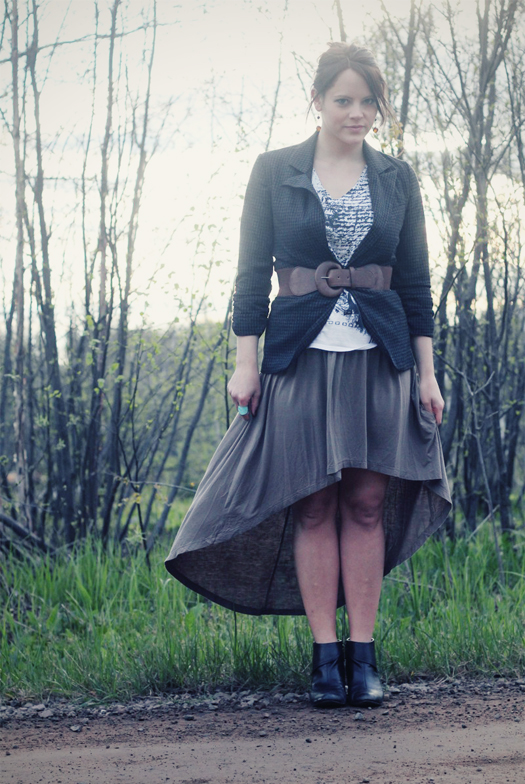 If you want to try this look, Bloomingdale’s has several high/low hemline options for less than $200. 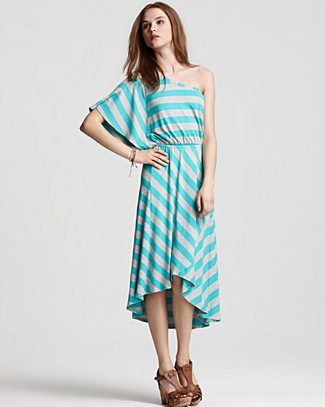 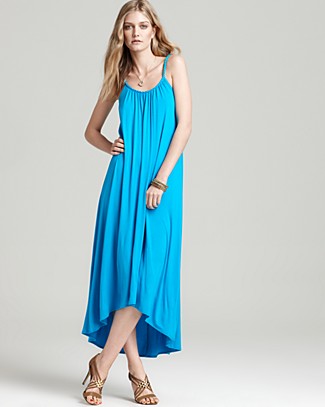 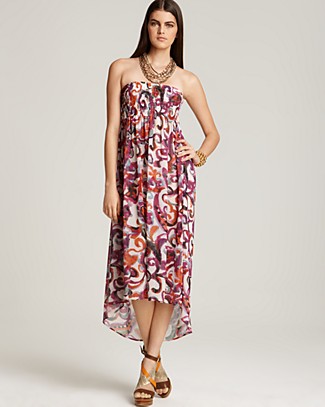 I’m thinking a high/low hemline might be a solution for you wimmins who feel overwhelmed by a maxi dress or skirt. As for me, I deeply regret not getting Zang’s dress. I might console myself with Kaelen’s fall 2011 high/low skirt. 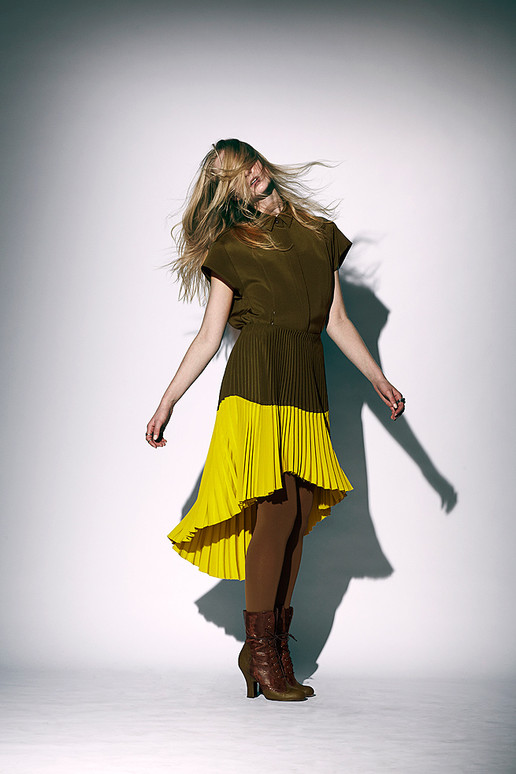 It would fit in nicely with my mini-collection of yellow skirts.

If you’ve already got this look going on, send a picture to me at wbjewelry at hotmail dot com, so I can share your stylishness with the world in a followup post!

UPDATED TO ADD: For those of you who have gasped, “But what about Stephanie Seymour’s wedding dress in the Guns N’ Roses ‘November Rain’ video?” … here’s the 1992 video. I’ve been nosing around the Interwebs to find the date the video was released. It seems that it might have been shot before Geena Davis wore her dress that March, but that it didn’t come out until after. If anyone has any better information, let me know!

UPDATED AGAIN TO ADD: I got the scoop on the Guns N’ Roses dress from a college friend! He was a production assistant on the “November Rain” video and says he “spent quite a bit of time by Stephanie Seymour (and her dress).” According to my source, the video was in production during the ’92 Oscars — in fact, the final night of shooting was on Oscar night. He says Stephanie’s wedding dress scene was shot several days before the Oscar telecast but the video and images of her dress were not released until well after Geena Davis’s appearance. So the two mullet dresses were an example of “great minds think alike” or, as my friend put it, “It’s kind of like [1998 movies] Armageddon and Deep Impact, but with dresses.”

You might also like
Sprouse Is Back, Back Again
Great Minds Think Alike ... About Pink Matador Jackets
Hey, Buddy, My Eyes Are Up Here
Previous Post: « Diana Vreeland, Isabella Blow and Me
Next Post: Jewel of the Month: Hashtag Ring for #peoplewhotweet »