I’ve done Throwback Thursday and Flashback Friday posts this week. I’m not sure how today’s post should be categorized. Seen-Before Saturday?

Near the end of MrB’s working vacation in Europe, we attended the Global Editors Network Summit’s Data Journalism Awards dinner in Vienna. MrB is president of the awards, so he did some speaking and also accepted an award on behalf of his organization, ProPublica. (The fix is not in: He recuses himself from all ProPublica-related voting!)

I wore a dress you’ve definitely seen before on this blog. I like to take advantage of leopard-spotted backgrounds when I wear this one. Catoflage! 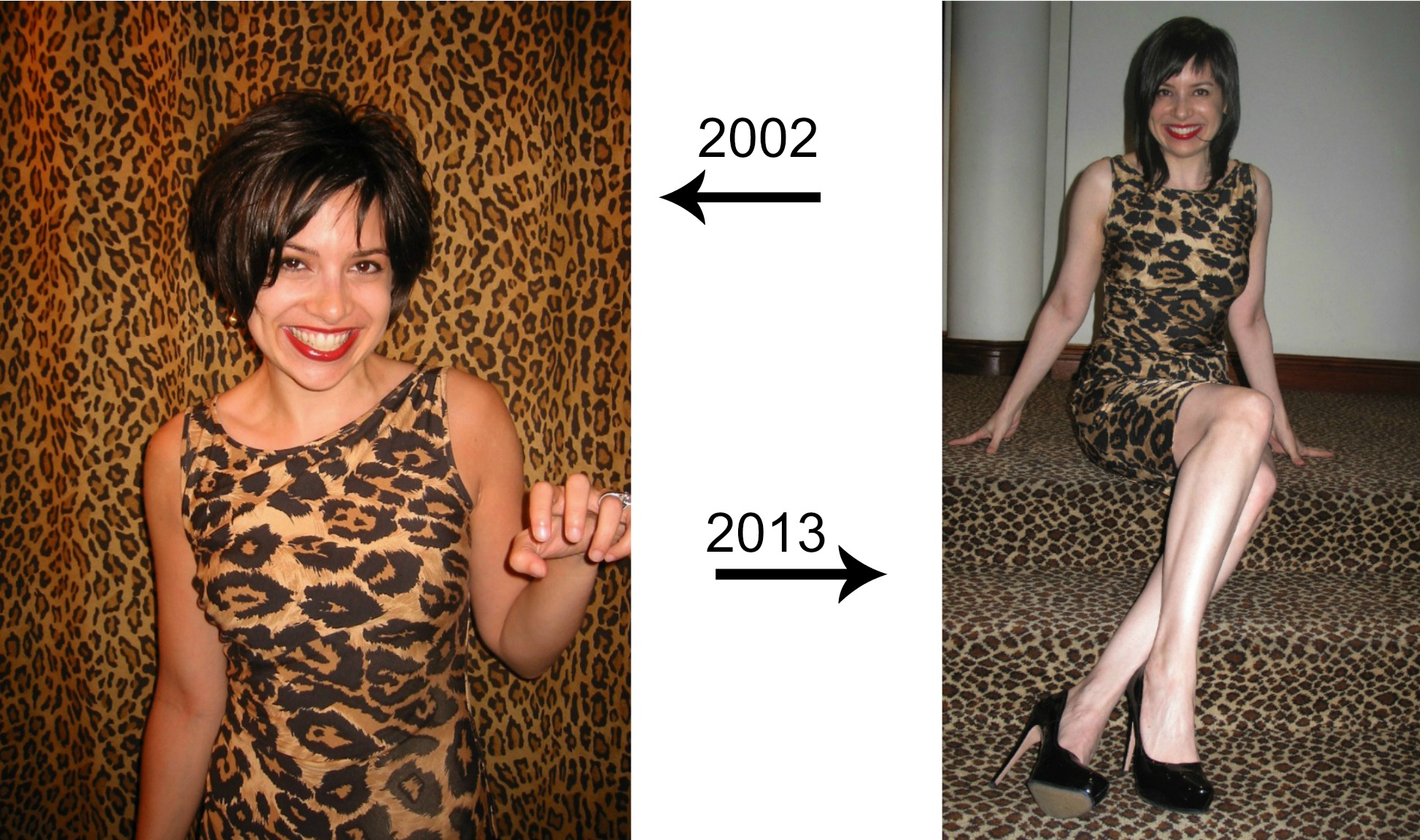 I didn’t spot (ha!) that kind of opportunity on the way to the dinner, so I took a photo near our hotel. 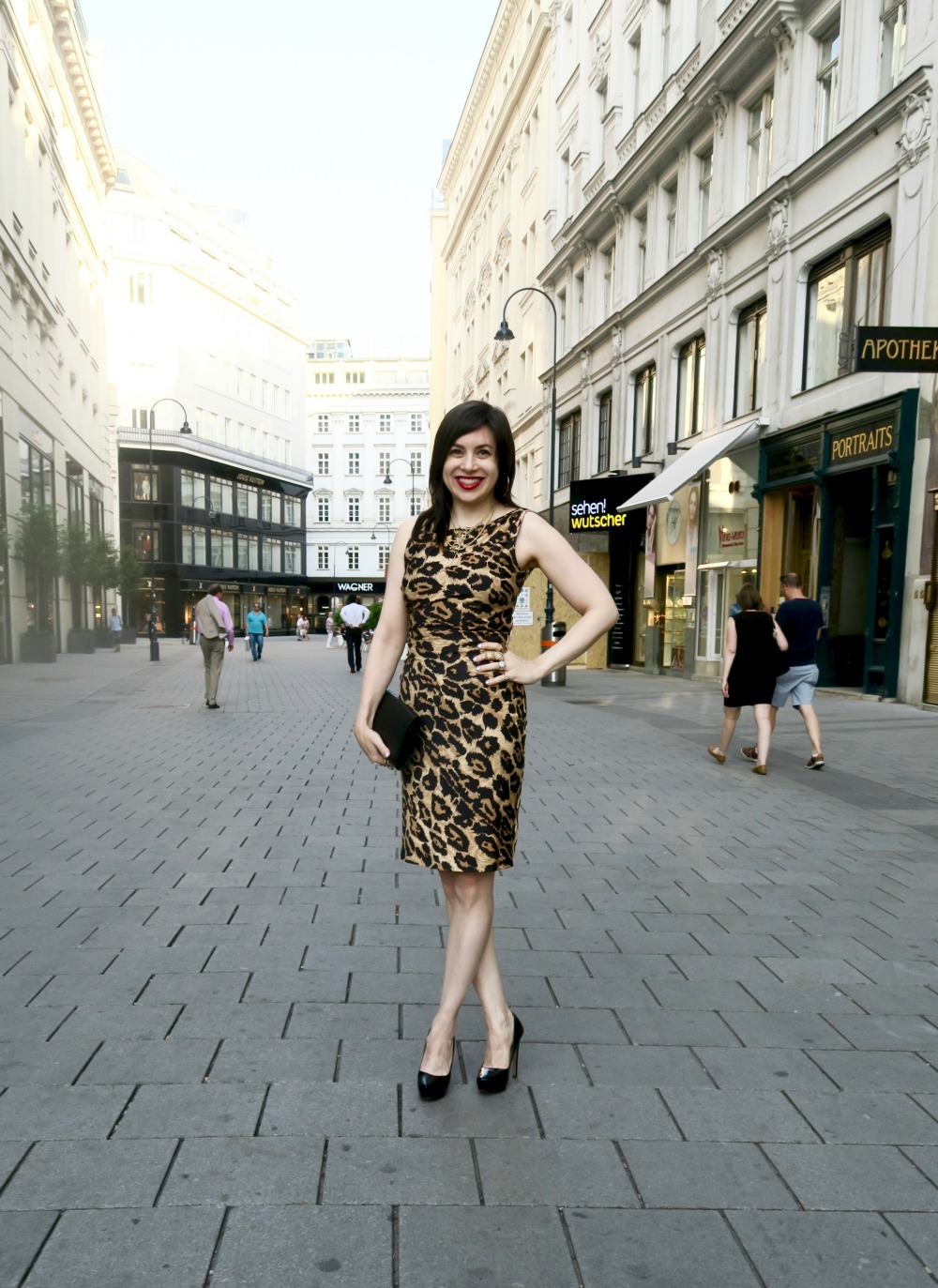 Later that night, I simply had to take a duckface selfie with ProPublica’s award, because it reminded me of Lite-Brite. 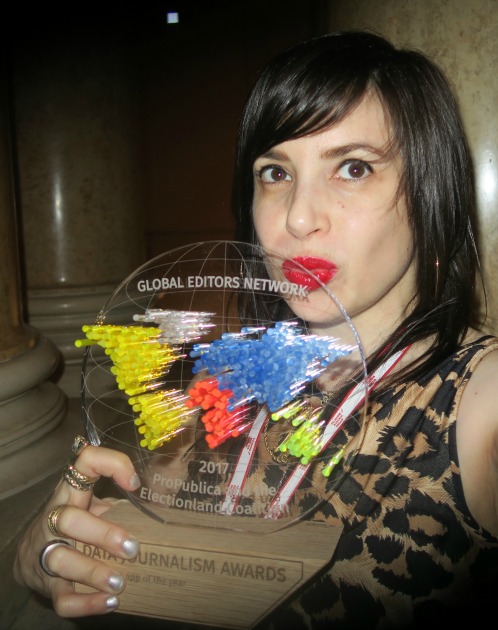 This award only made it back to New York in one piece (more or less) because of my tender loving care. MrB thought we could “wrap it very carefully” and put it in our checked luggage. Um, no. I wound up taking the award in its own bag as a carry-on. Even so, I spent the whole flight nervously checking on it under the seat in front of me.

The day after the awards dinner was our last in Europe, so MrB and I visited our favorite street in the entire world: Dumbass Street (actually, Dumbastrasse).  I had MrB pose below the street sign during our first visit to Vienna in 1999 or 2000. We made it back there last year for a follow-up photo. Because the GEN Summit will be held in Lisbon in 2018, I needed to say goodbye to our street. 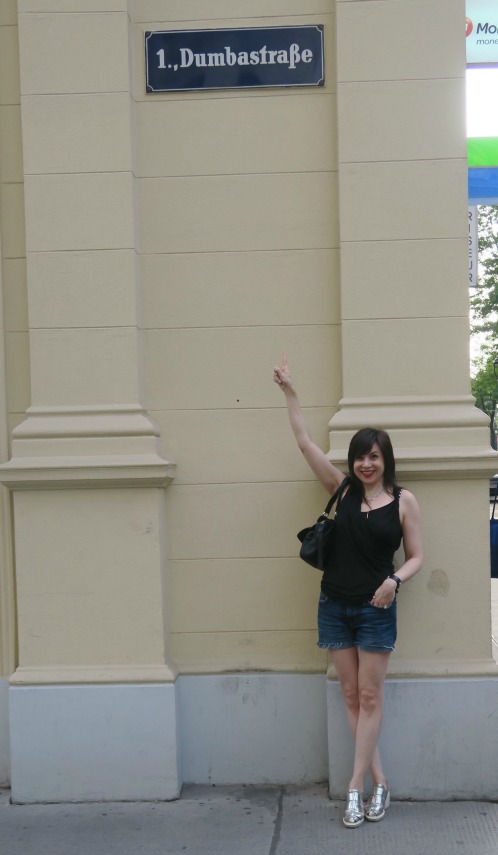 I’ll never forget you, Dumbass Street! I mean that because whenever I do something extremely stupid, I say, “I need to go stand on Dumbass Street.” (To all the Viennese and German-speakers who think we’re dumbasses for enjoying our misreading of a street name: You are correct.)

While we were in the area, we went into the Hotel Imperial to take a photo with the statue that overlooks the staircase. 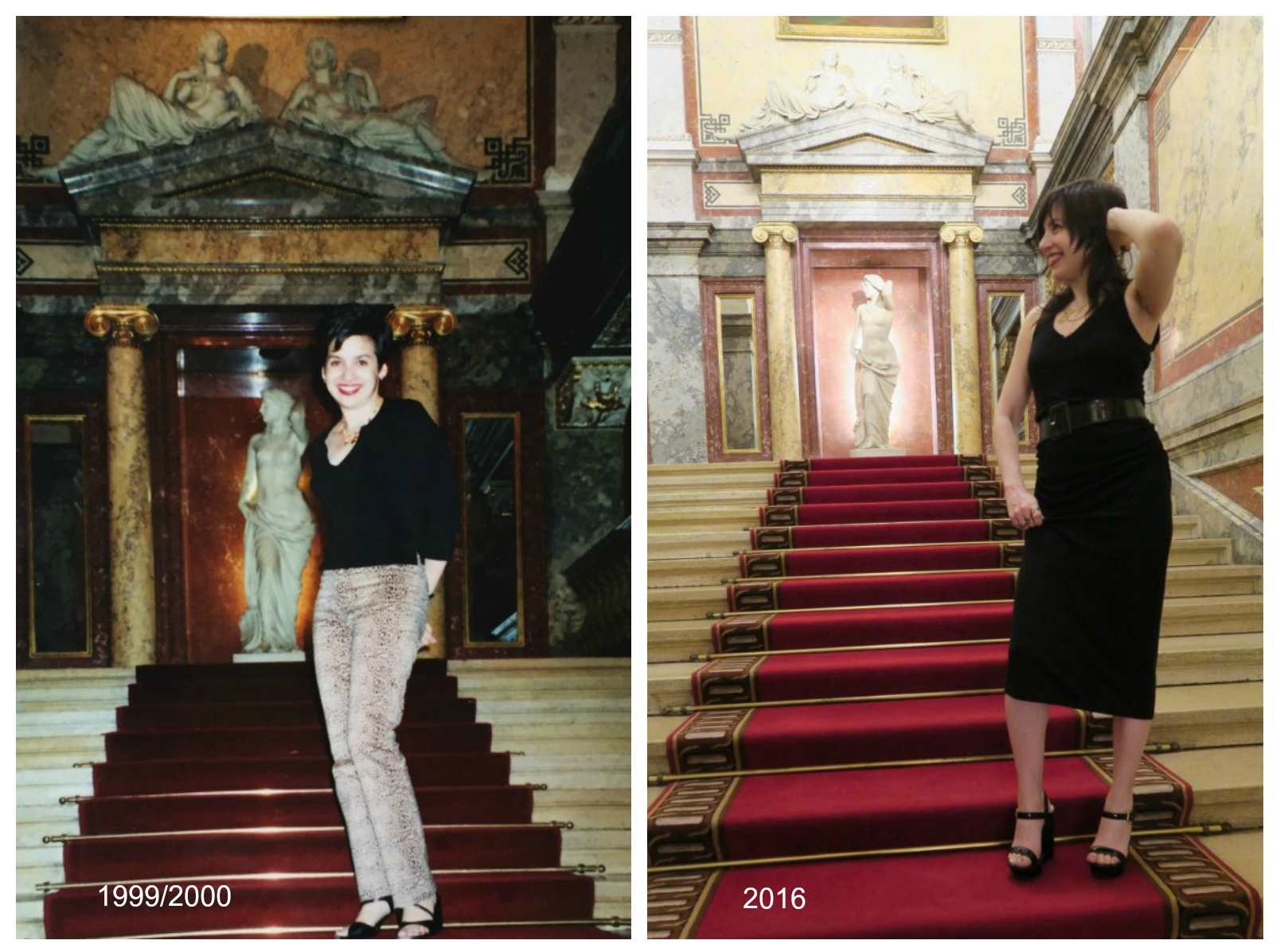 It was a challenge to strike the statue’s pose while wearing shorts. Turns out it’s not just the underarm display that is unappealing in real life. The leg position is awkward too. This is the best I could do. 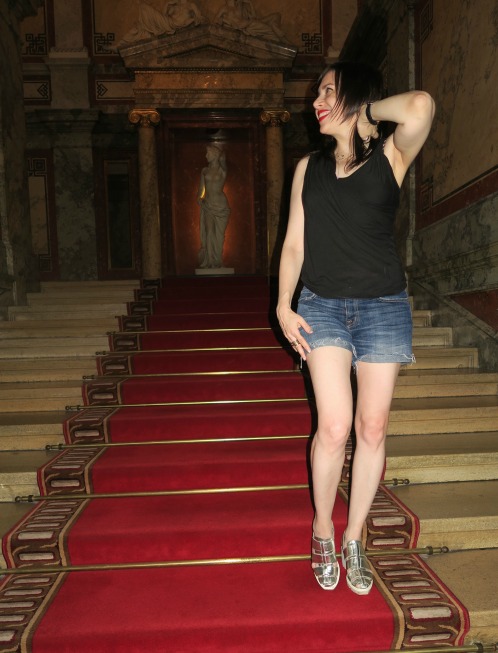 I think I’ve worn those shorts with those shoes and a black top most days this summer. I’m so, so tired of it. I generally dislike the fall and winter — I’m a warm-weather person — but this year I’m a tiny little bit happy about fall because I hope it will break my habit of wearing that outfit every damn day. We’ll see!

You might also like
iHog at the Eiffel
Paris, Day 1: Fiends, Food, Friends
Blue for Less: Join Me at Fashion + Design Conference
Previous Post: « Flashback Friday: Bonn, Vienna, Empress Sisi
Next Post: The Week in Review »