The entire day was beautiful. There were a lot of happy tears during the ceremony in the awe-inspiring Church of St. Francis Xavier.

… and an enjoyable breeze on a hot day.

The reception was downstairs in the NoMo’s restaurant, which I highly recommend.

I’m anxiously awaiting the professional photos of Alyssa in the tiara and her Vera Wang gown with the black bow. You can glimpse the bow here, but you need to see the full back view. It was so striking! Speaking of the photos, I was puzzled for a moment when the wedding photographer greeted me with great enthusiasm on my way out of the church. It took me a hot second to realize it was my own wedding photographer, Bill Fredericks, whom I last saw at my sister’s wedding in 2002. I had given his name to Alyssa. In addition, Alyssa’s hair was styled by my friend Julie Matos of Warren-Tricomi, and my right-hand woman Eryn was Alyssa’s maid of honor. I totally infiltrated this wedding!

I wore a dress that I wore to another summer wedding five years ago. This is now my official summer-wedding dress. 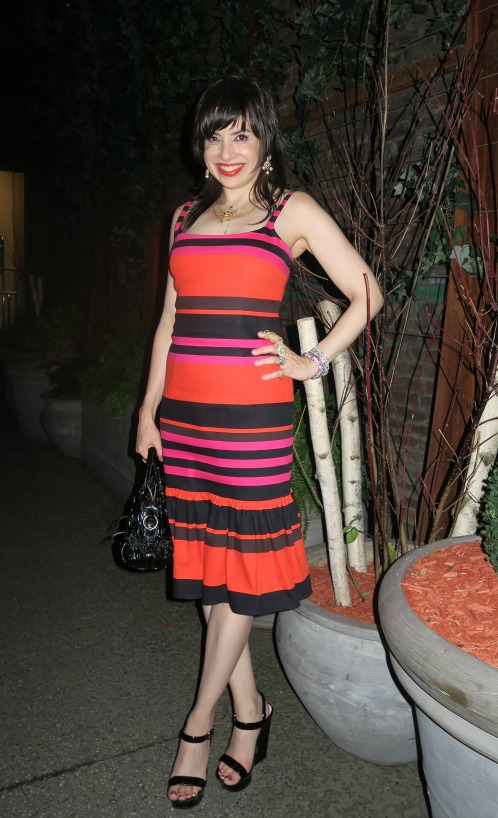 This dress springs to my mind whenever I talk about statement-piece dressing that’s very recognizably from a particular season.  It was everywhere — on celebrities and in magazines — in 2011. 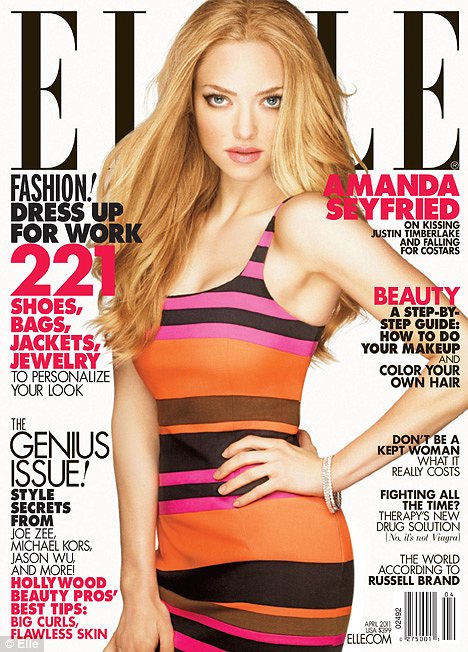 I wore it to my grandmother’s 95th birthday party that summer (Grandma turned 101 this June!). 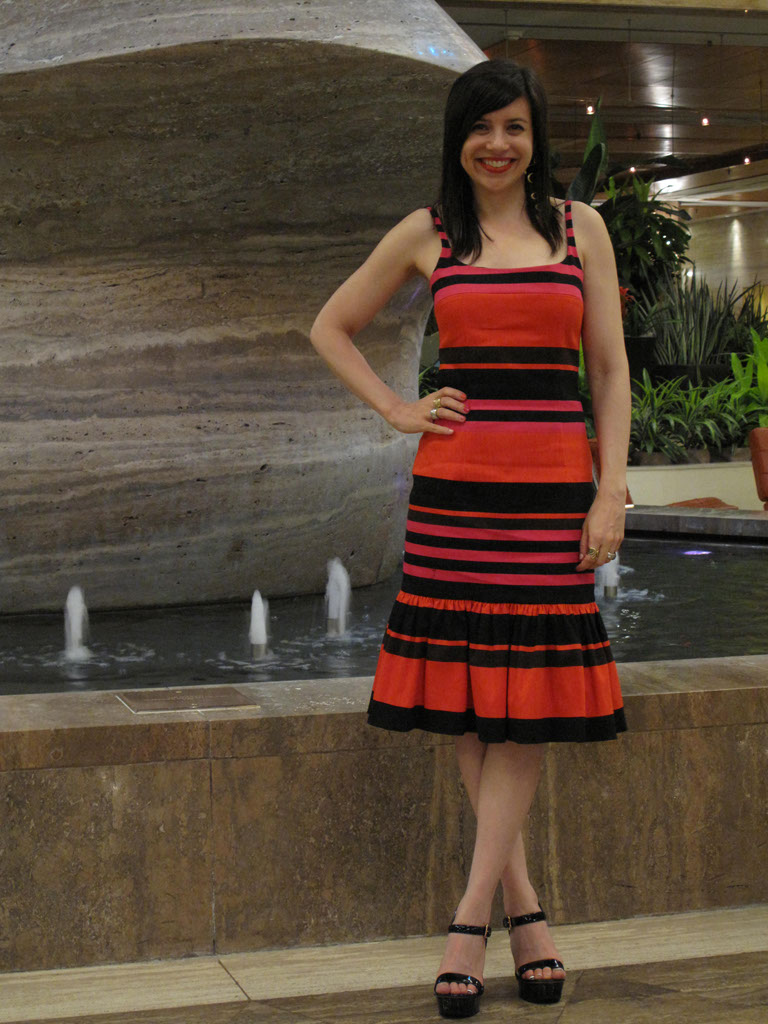 I got those black wedges on our way to Grandma’s party, and I liked the look so much I’ve worn the combination ever since, including to my friend Shawn’s wedding in 2012. 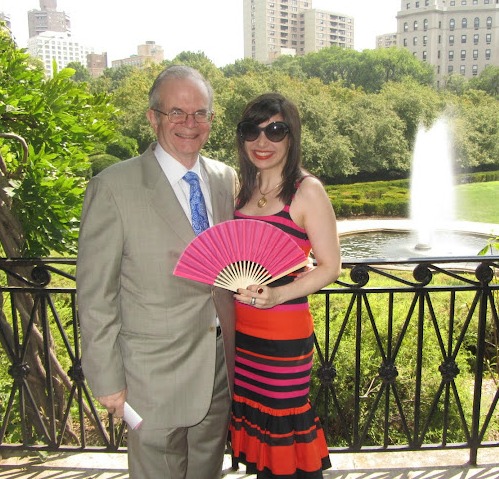 The combo came out again for a friend’s birthday party in 2014. 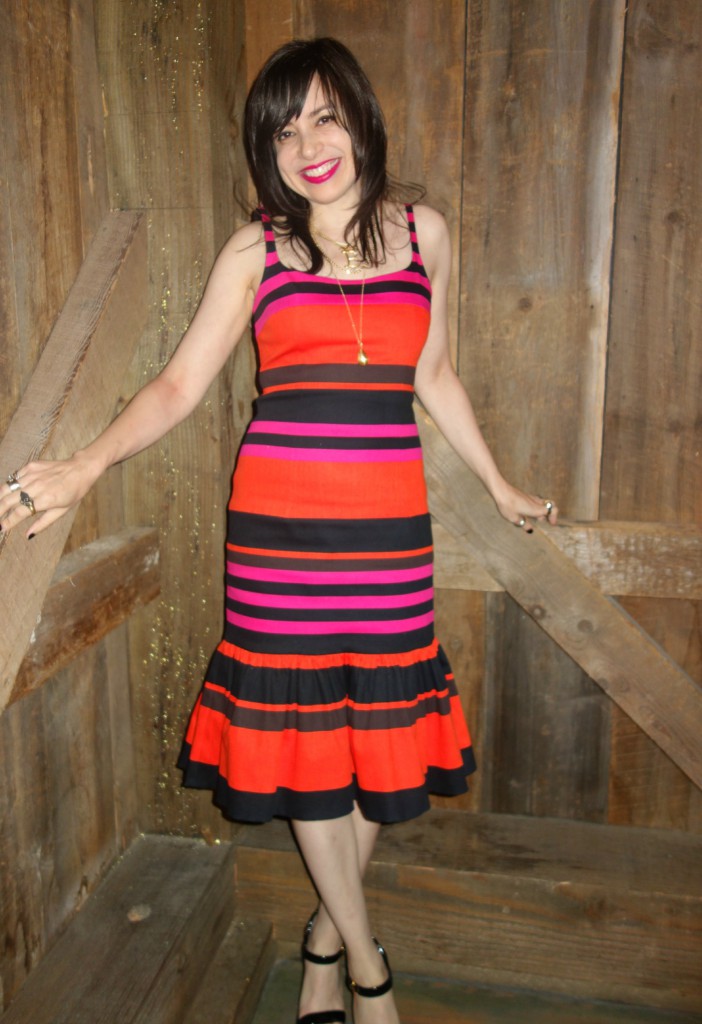 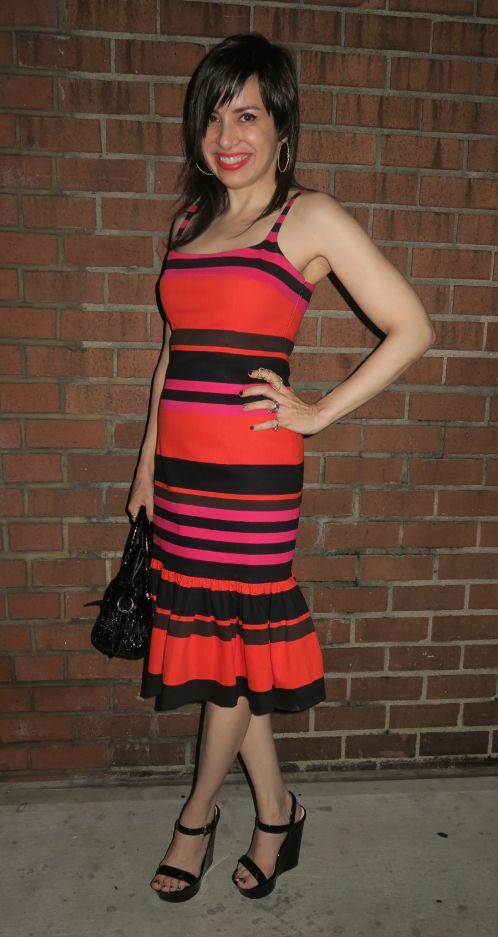 I even had the dress and shoes in my wardrobe when I was turned into a paper doll by gorgeous Megan Mae, who used to blog at Megan Mae Daily. (I like that another one of my doll’s options is my frequently worn Damien Hirst skull t-shirt.) 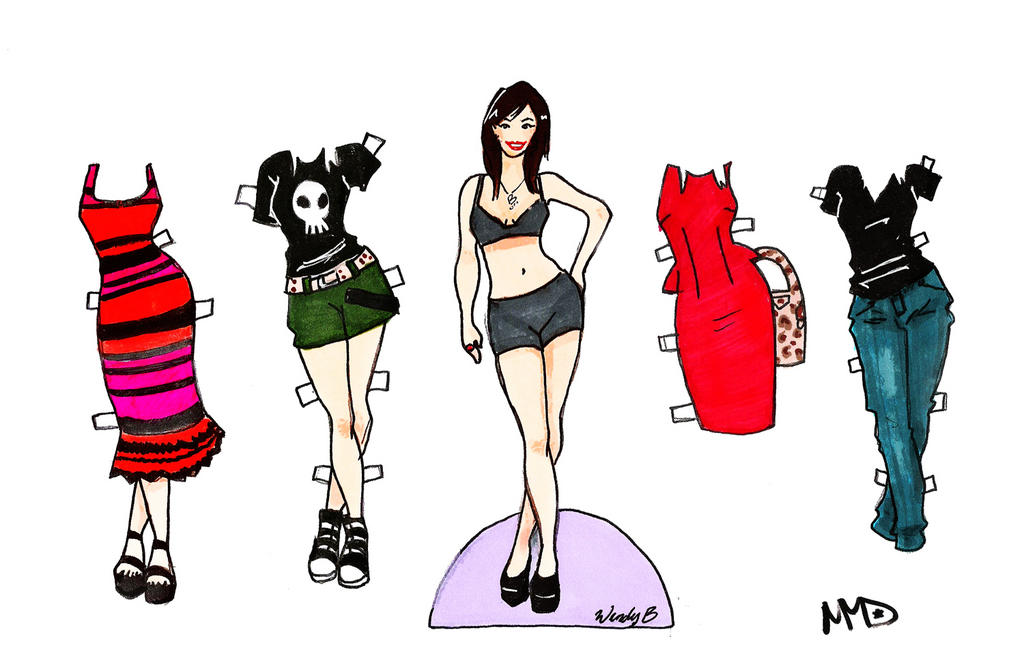 I’m in no way tired of the dress yet, so I’d say it was a good purchase, even though it’s very obviously an “old” dress.

The fact that I wore the Prada dress to two weddings inspired me to re-wear a very different, but also memorable, outfit for my own 16th wedding anniversary with MrB, which was a week after Alyssa’s wedding. When we celebrated our 15th anniversary in 2016 by going to see Beautiful: The Carole King Musical, I wore a rather peculiar hot pants/maxi skirt hybrid by Gareth Pugh. 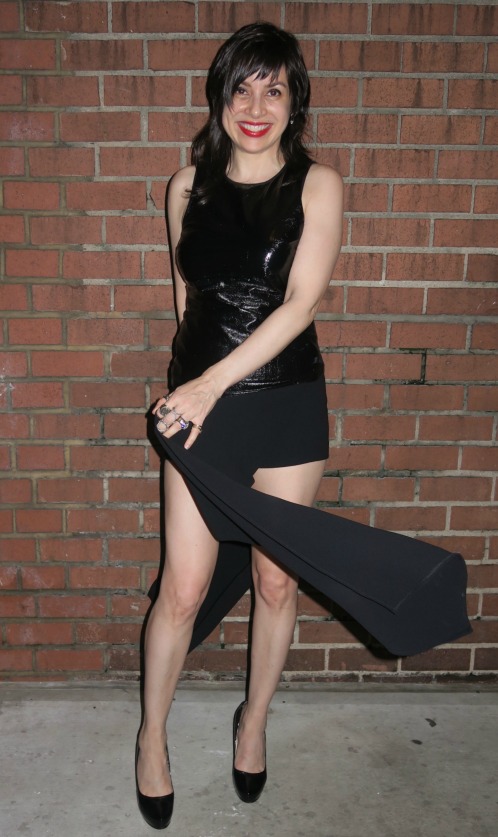 This year, we saw Hello Dolly! starring Bette Midler (So much fun! Go see it!) and out came the Gareth Pugh. I spiced things up by changing the shoes to the 2011 Prada wedges. 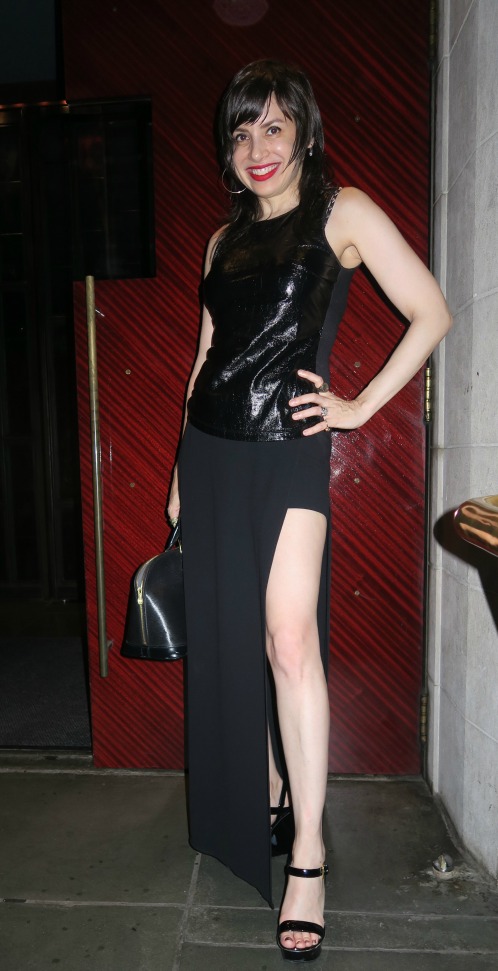 This Gareth Pugh garment — I’m not sure what else to call it! — demanded a little Boomerang video like last year’s.

Unfortunately, I’m not sure that the entire outfit will make it to 2018 because I discovered the paper-thin, shiny leather peeling off the L’Agence top that night. It pains me to have something fall apart after only four years, but at least the Gareth Pugh is intact. We’ll see if I pair another top with it next year or revert to my 2012 anniversary dress. Or maybe I’ll dare to wear a brand-new anniversary look … like the striped Prada dress. If it’s good for weddings, it’s good for wedding anniversaries too, right?

You might also like
Flashback to My 2003 MTV VMA Fashion
The Committee to Protect Journalists Dinner
More on the Evolving Influence Ethics Panel
Previous Post: « Wednesday’s Video: Casual Day!
Next Post: Here Comes the Bride! »