Buzzfeed has published a wonderful story by Ruby Cramer called “The Place Where Letters To Hillary Clinton Go.” It’s about 30-year-old Rob Russo, who is in charge of Hillary Clinton’s political and personal correspondence. He’s drafted 110,000 letters for her since 2008, and it looks like he’ll double that number eventually, because, since Election Day, 100,000 letters to Clinton have arrived. Clinton intends to send a response to every one of them; she recognizes the letters are a type of catharsis for the senders.

The Buzzfeed piece reminded me of another article that I’ve meant to share for months: The New York Times Magazine’s Jan. 17 story about letters to President Obama. In that story, reporter Jeanne Marie Laskas revealed the inner workings of the Office of Presidential Correspondence, which had “50 staff members, 36 interns and a rotating roster of 300 volunteers to keep up with about 10,000 letters and messages every day.”

Fiona Reeves was the director of the OPC, as it was called, and her duties included sorting through 200 to 300 letters and emails selected by the staff every day and, from those, choosing 10 letters for the president to read personally. (Obama was the first president to commit to reading 10 letters daily.) Reeves regarded selecting those letters as “sacrosanct,” Laskas wrote. “She thought of it as a daily conversation with the president, each package an array of voices she believed most accurately rendered America’s mood: Here’s what America is feeling, Mr. President.” And to get across what America was feeling, Reeves “looked for stories. Not pro-this or con-that, not screeds, not opinions about what someone heard on N.P.R. The president needed to hear the stories — that’s what he couldn’t get himself.” The order of the letters were then placed in was “critical,” to Reeves:

“She could set the president up with a letter from someone gushing about the Affordable Care Act and then another from someone on the margin whose life was made worse because of it. ‘It’s not: “You failed,” ’ she said. ‘It’s more, “Solutions don’t solve things for everyone.”‘”

In the OPC, Laskas wrote, “Individual voices matter. Empathy was the name of the game.” The letters came to impact more than the individuals who wrote them and those that received them. They informed policy proposals and speeches. Starting in 2011, every email would be used to create a daily word cloud, which was distributed around the White House so “policy makers and staff members alike could get a glimpse at what everyday Americans were writing in to say.” When Laskas visited the office in October, there was a countdown to the last day of the Obama administration on a whiteboard: “You have 99 days to make a difference in the life of a letter writer.”

I had no idea the OPC existed before reading Laskas’s article — no idea that so many professionals spent their days dedicated to bring the personal concerns of citizens to the attention of the president and the people around him. I was heartbroken reading this story after the election. The GOP has long pushed a narrative that Democrats don’t care about “regular” people. But here was the Democratic president assigning a sizable staff to reading every single piece of mail:

“A girl doesn’t want her mom to be deported, and can the president please help? A guy finally admits to his wife that he’s gay, and now he would like to tell the president. A car dealer writes to say his bank is shutting him down, and thanks for nothing, Mr. President. A vet who can’t stop seeing what he saw in Iraq writes a barely intelligible rant that makes his point all the more intelligible: ‘Help.’ An inmate admits to selling crack to all those people but he wants the president to know he is not a lost cause: ‘I have dreams Mr. President, big dreams.’ A man can’t find a job. A woman can’t find a job. A teacher with advanced certification can’t find a damn job. A lesbian couple just got married; thank you, Mr. President. A man sends his medical bills, a woman sends her student-loan statements, a child sends her drawing of a cat, a mother sends her teenager’s report card — straight A’s, isn’t that awesome, Mr. President?”

Can anyone reasonably believe that Trump, the notorious non-reader, is now reading 10 letters a day from people who don’t ride in gold elevators or slurp Champagne popsicles? That his Goldman Sachs cronies are compensating for the outrageously unqualified Secretary of Education by caring deeply about teachers? 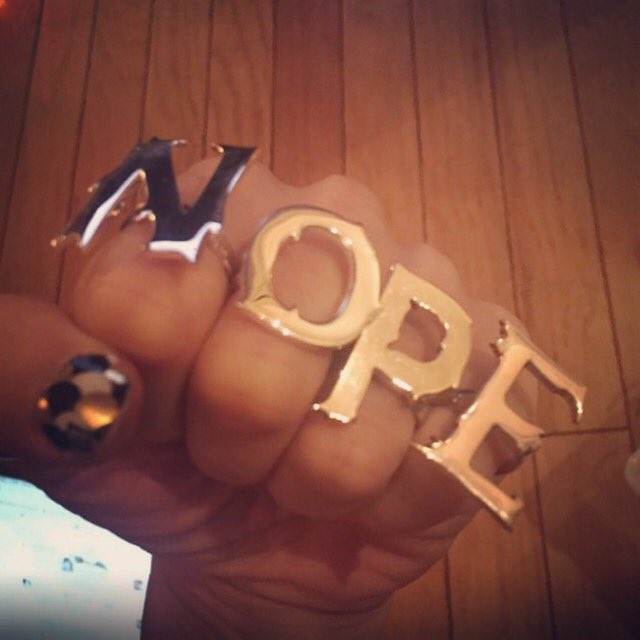 The Republican Party is not the party of empathy. Or education. Or healthcare. Or anything else that Obama’s OPC staff brought to the Democratic president’s attention, at his request. Alas. Some people won’t realize this till they’ve lost everything except their right to bear arms.

Here’s one non-political recommendation in the wake of Tiger Woods’s arrest for driving under the influence: Wright Thompson’s story for ESPN about how Tiger’s life unraveled after the death of his father in 2006. It’s so fascinating and sad that I’ve read it more than once.

You might also like
I Was Too Damn Sick to Vote Properly
Book Club: Empress Matilda, Part III
The MTV VMAs and Newark's Water Crisis
Previous Post: « The Week in Review
Next Post: What Wendy Wore: Double-Vintage Ossie Clark »