I’m so disappointed that 1980s-themed dance club Culture Club has closed (again)! It was a good Halloween party spot for people dressed like 1980s pop stars. In 2013, my designing friend Stacy Lomman and I acquired official Devo “energy domes” (aka upside-down flowerpot hats) and blended into a Devo mural at Culture Club. 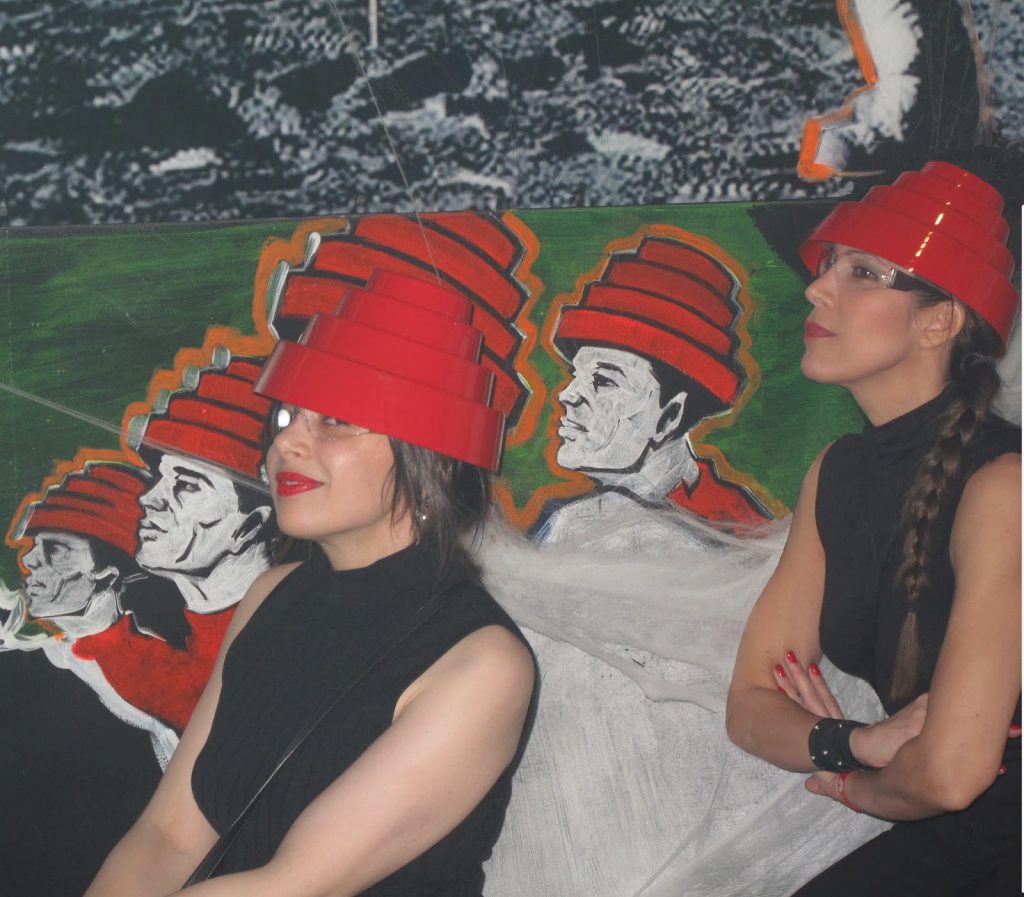 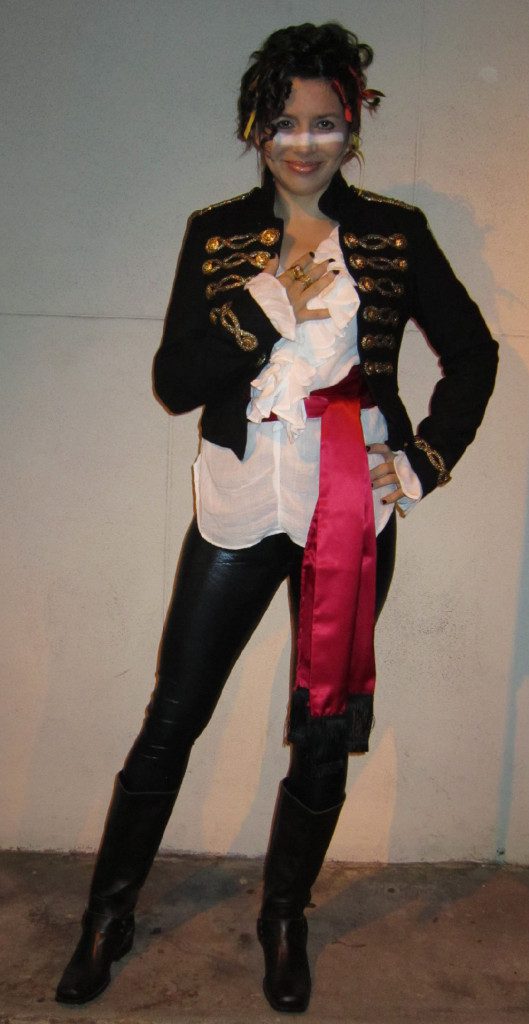 I felt so good in my cheap costume-website Adam Ant pirate shirt that I had Jean Kormos of Ghost Tailor make two better-quality versions for me — one in black and one in white. 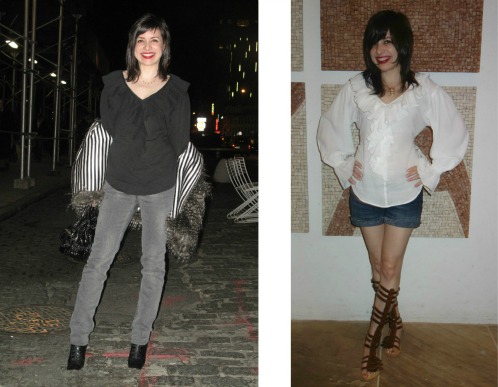 I’ve worn those shirts ever since, undaunted by the amusement of people who compared my shirts to the infamous “puffy shirt” from Seinfeld. 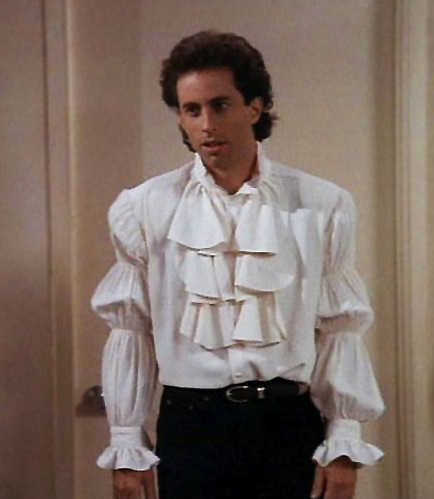 Jerry Seinfeld in the puffy shirt. 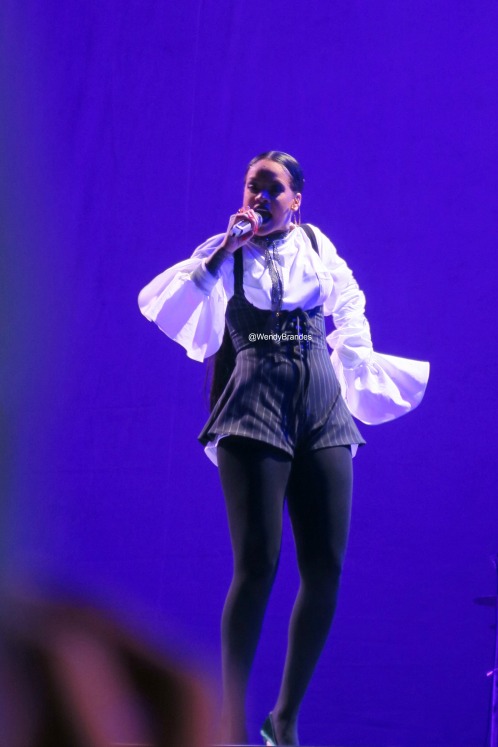 My own photo of Rihanna on stage at NYC’s Global Citizen Festival last month.

I guess you can say we’re going through a period of inflation, because puffa (or puffer) jackets have also gotten puffier than ever. I’ve been teased for my ultra-puffy Boudicca jacket for years (I believe I got it in 2008). 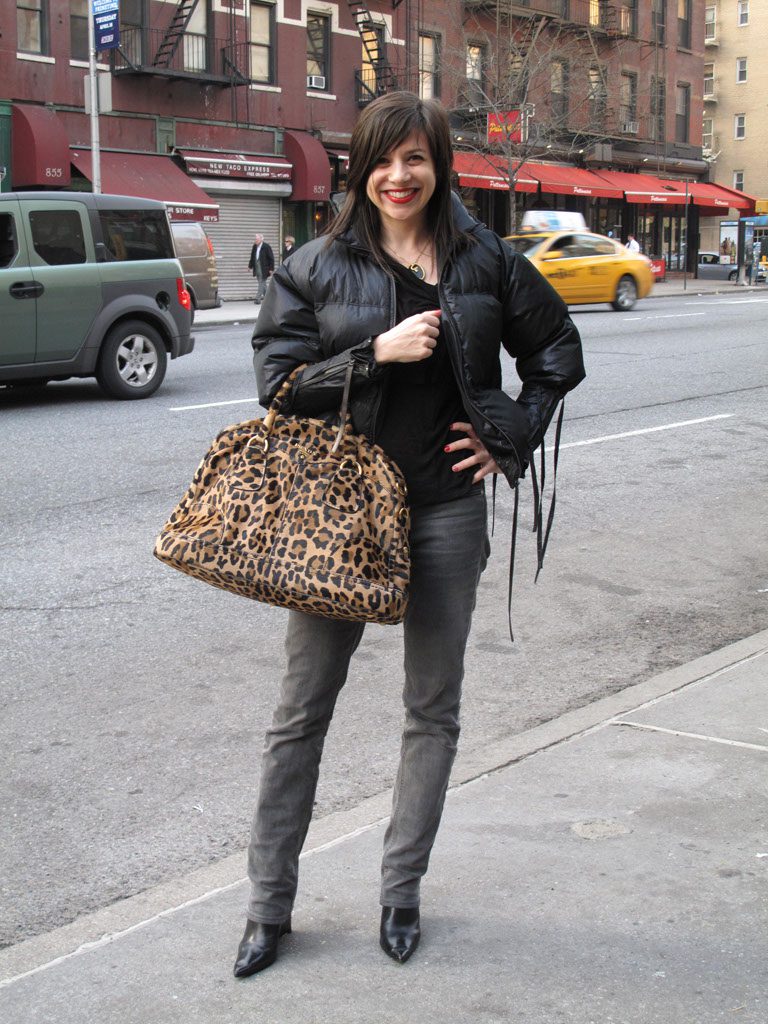 Vogue alerted us to the trend of bigger and bolder puffa jackets back in February. The ever-stylish Rihanna was spotted wearing a marigold puffa by Burberry that same month, but that coat doesn’t compare to the ones she’s worn more recently. In London this August, her ginormous Raf Simons menswear puffa made my Boudicca jacket look as flat as roadkill. In Paris this month, she wore a pink Ella Boucht puffa that Elle compared to an inflatable couch. (She was there for Fashion Week to show her Puma x Fenty designs.) Back in New York, she switched to an oversized burgundy style by Chen Peng.

Maybe this means that, in a few years, my ’80s pop-star style for this Halloween will be the look of the moment. You’ll have to wait a few days to see what that is!

You might also like
Great Minds Think Alike ... About Green Dresses
Out With the Old-Old Haring Kicks, In With the New-Old
Cement Strikes Back at the Emmys
Previous Post: « RIP, Pete Burns. Plus, Nothing Is New About Patient Zero.
Next Post: Happy Halloween From Bananarama »