I miss being in Paris for Bastille Day! There was a three-year stretch when we were there. MrB and I were hoping to go revive our tradition and go this year, but we didn’t get ourselves organized in time. I’m looking at some throwback outfit/style photos instead.

I keep forgetting that my hair was this short in 2009. 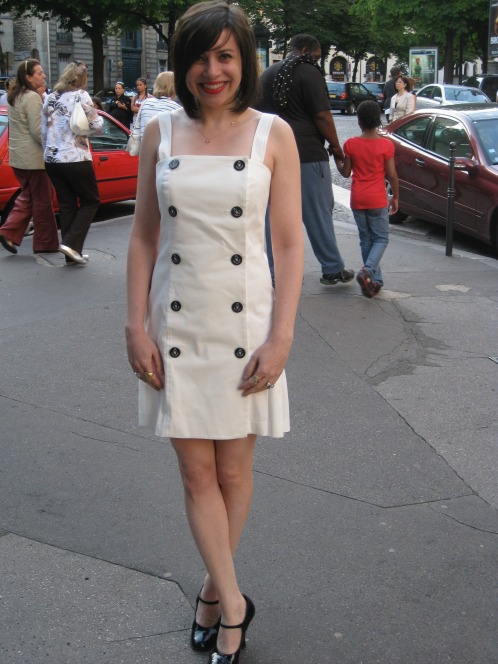 In 2010, I wore a tricolor Alexander McQueen dress to pose with MrB and our friend Tom. The hotel gave us two tricolor rosettes, which I pinned them on MrB and Tom. 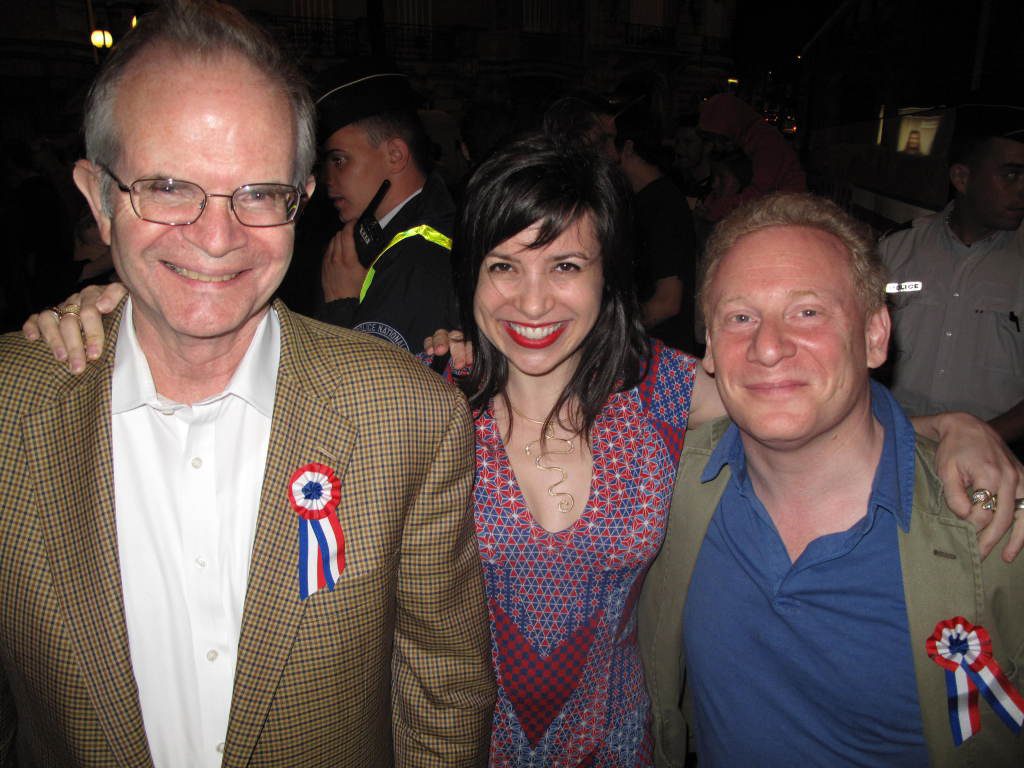 What Wendy Wore in Paris in 2010
Tricolor dress: Alexander McQueen (2010)
Necklace: My own Cleopatra design

I wore that same McQueen dress in 2011, when we celebrated on a boat on the Seine, but it didn’t feature in my favorite photo from that day. 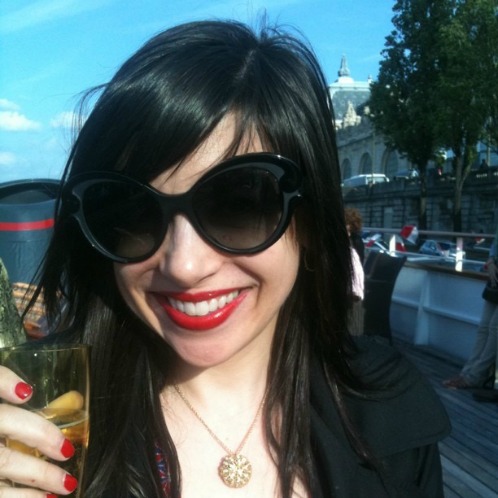 UPDATED NOTE: After I wrote this, but before I posted it, there was a horrific attack on a Bastille Day crowd in Nice, killing as many as 80 people.  So much sad news these days.

(Does anyone know the origin story of this banner?)

You might also like
The Wearing of the Green (Gems) for St. Patrick's Day
Throwback Thursday: Even More Couture
Throwback Thursday: Red, White & Blue Outfits for Holidays
Previous Post: « Jewel of the Month: Ruby Dangle Ring for ANZA Gems
Next Post: Wendy Brandes Jewelry in the Wild »