A belated congratulations is due to MrB for being inducted into the Deadline Club’s New York Journalism Hall of Fame on November 19! I attended the celebratory lunch with him at Sardi’s.

Everyone gave entertaining and moving acceptance speeches. (Max Frankel, who was on the board of trustees of the Columbia Spectator with me, always brings the house down.) MrB was second to last, so he was concerned about following all the highlarious people, but he acquitted himself well and sneaked in some nice words about me.

After the lunch, I made a point of shaking Richard Stolley’s hand. I was particularly starstruck by him. First of all, he’s been in the journalism business 71 of his 87 years. Secondly, he was the guy who acquired the famous Zapruder footage of John F. Kennedy’s assassination for Life Magazine. For the record, in his speech, Stolley said definitively that Lee Harvey Oswald acted alone. Take that, conspiracy nuts.

Speaking of past presidents, on the way out of Sardi’s, MrB and I bumped into the former personal photographer for Dwight Eisenhower. We chatted about his and Stolley’s long careers and he shared his own late father’s wisdom: “You’re dead forever so have fun getting there!” Basically, YOLO!

We celebrated another award on December 4. The Saint Nicholas Society of the City of New York presented our frequently honored friend Barbaralee Diamonstein-Spielvogel with its 2015 Medal of Merit for distinguished service to the city. What has Barbaralee done? It would be easier to list what she hasn’t done. Behold her achievements here.

I was fascinated by the Saint Nicholas Society. Here’s its description, from its website:

“The Society was founded in 1835 by a group of prominent New York City gentlemen, including Washington Irving, as a membership organization the purpose of which is to preserve knowledge of the history and customs of New York City’s Dutch forebears. It is one of the oldest societies in the United States.” 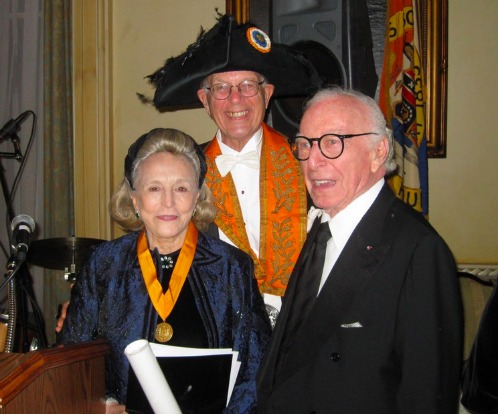 Barbaralee, her husband Carl Spielvogel, and the president in his hat. Courtesy of the Saint Nicholas Society.

There was a procession with a weathercock that Washington Irving gave to the society in 1848 as well as toasts to the king and queen of the Netherlands, the president of the United States, and Saint Nicholas. As Stefon would say, this event had everything. 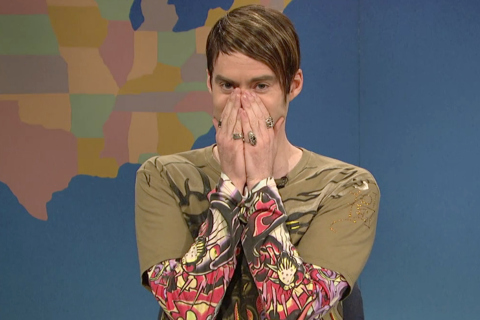 This was totally me at the Saint Nicholas Society dinner.

The invitation called for the most formal kind of dress: white tie (though MrB and other gentlemen got away with black tie). In recognition of Barbaralee’s work with New York City landmarks, I wore my Zang Toi skyline gown, featuring the Hearst Tower and Time Warner Center. 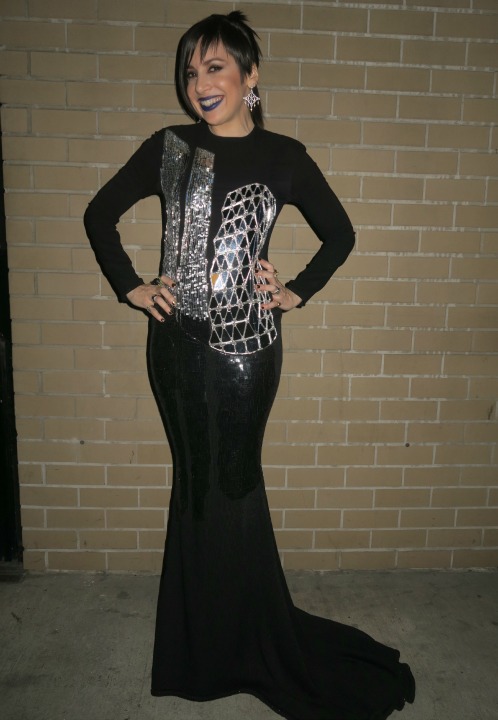 Superstar hair stylist Julie Matos gave me a series of ponytails lined up faux-hawk style. It was hard to get the perfect photo of them. Here are three of our attempts. 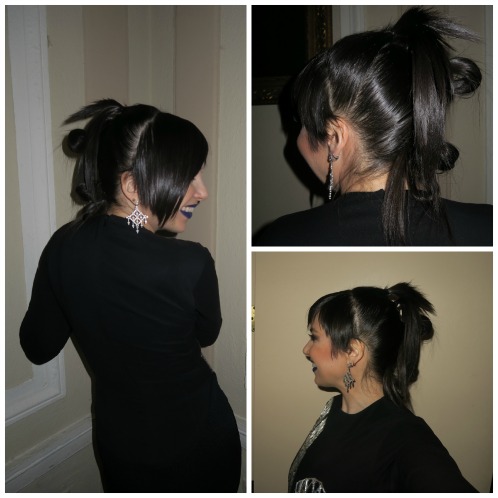 Some ponytails were looped around and secured at the ends, and some hung free.

My lipstick was MAC’s Matte Royal with a bit of Melt’s IDGAF on top. Matte Royal is supposed to be a deep blue, but it reads more purple on me. 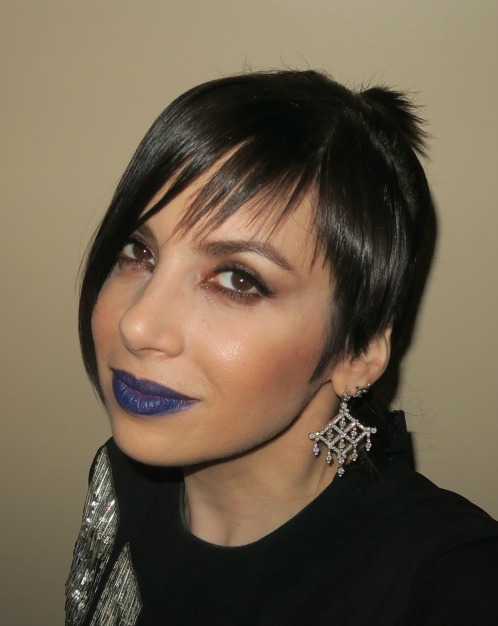 Of course, I have the perfect ring for a New York dress worn to a New York event: my Taxi and Passenger Maneater ring.

I’m not sure what the honorable Peter Gerard Stuyvesant, original wearer of the cocked hat, would have thought of my style choices, but seeing as he died in 1847, I didn’t worry too much about it.

Three cheers for MrB and Barbaralee!