I’ve been wondering if it is possible for a writer to profile a famous woman for a magazine without mentioning in the first paragraph that the woman in question is SANS FARDS (without makeup).

The answer: It is not possible.

Here is the first paragraph of Lynn Hirschberg’s profile of model Gigi Hadid, who is on the cover of W’s September issue. 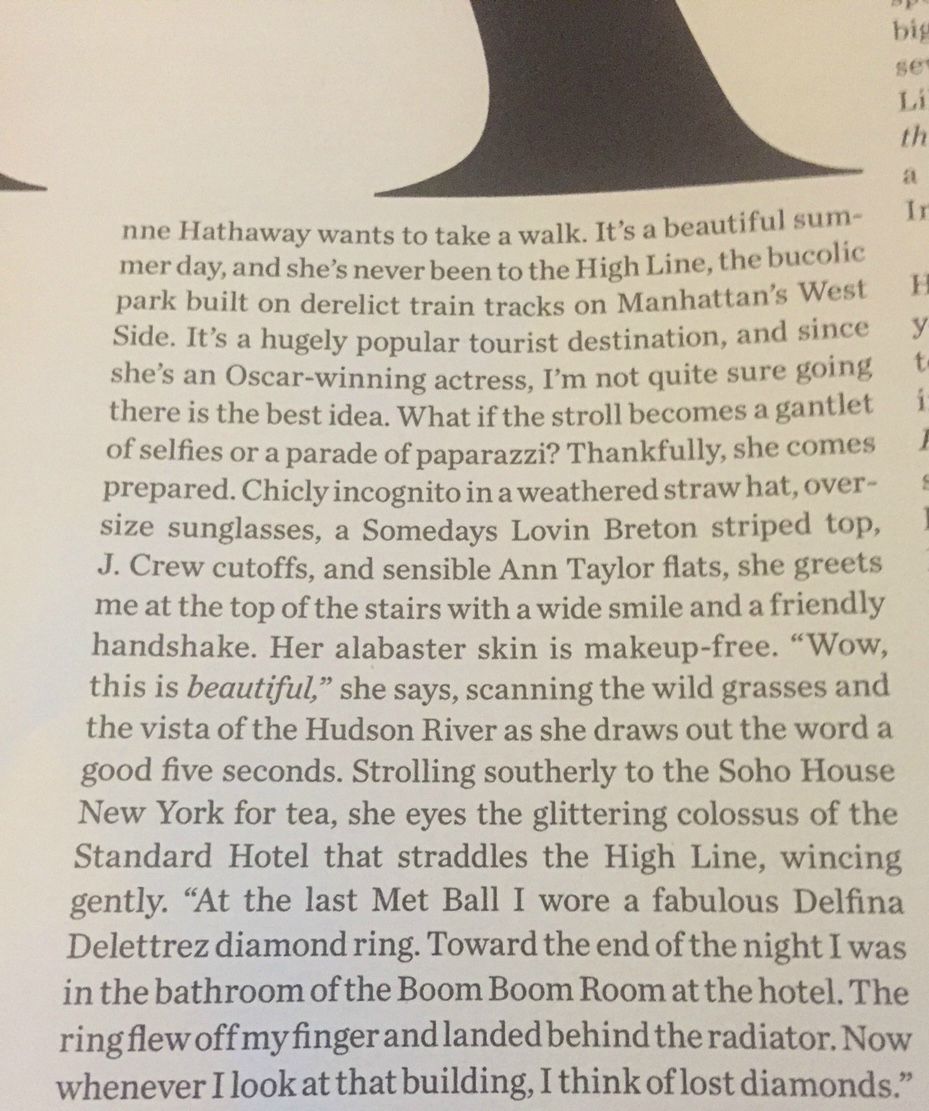 My new goal is to someday be an interviewee who is described in the first paragraph as “caked in makeup.”  Just to shake things up, you know?