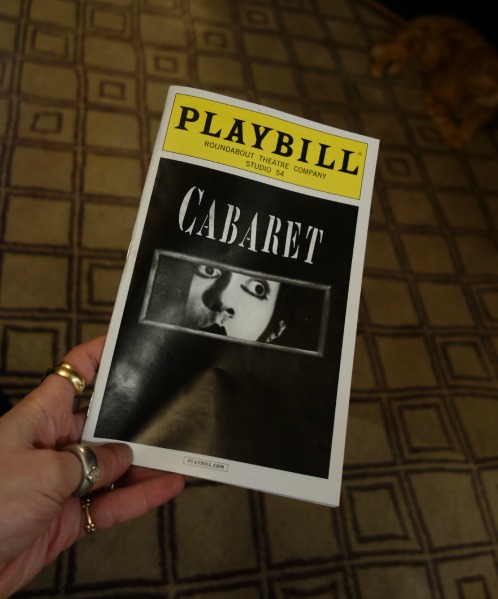 I finally made it!

Emma Stone was an excellent Sally Bowles. I liked the way the title song was arranged so that there was no risk of Emma having to compete with the movie version’s Sally, Liza Minnelli. You know, Liza IS Sally Bowles; it’s best not to even go there.

I decided to dress like one of the garter-wearing cabaret girls by recreating the outfit I wore to Zang Toi’s runway show last February. 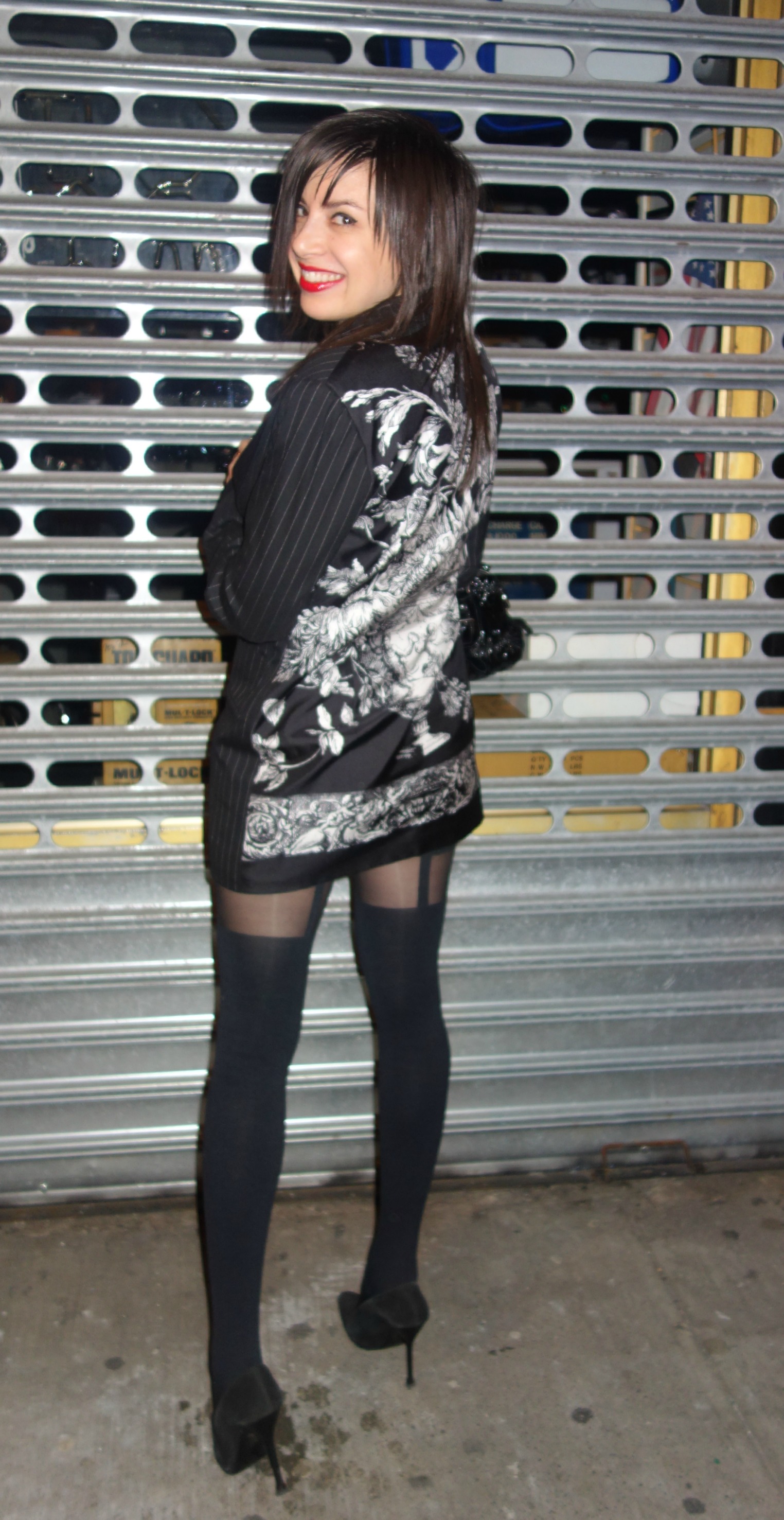 Everyone in the audience was dressed for the theme just like me. I kid, I kid! Everyone was in jeans like they always are at the theater these days. No matter. I felt good even though I wasn’t wearing Sally’s trademark green “Divine Decadence” nail polish. Dang! I just realized I could have worn my Green Envy lipstick from Manic Panic. That would have been an appropriate substitute.

Anyway, if you’re in New York before the show closes, catch it while you can, or you’ll be sorry!

UPDATED TO ADD: Christopher Isherwood — whose book Goodbye to Berlin was adapted and turned first into the play I Am A Camera and then into Cabaret — based the character of Sally Bowles on his real-life acquaintance, Jean Ross. She seems fascinating; now I need to find out everything about her.

You might also like
Nomi Malone Loves Versace Too
What Wendy Wore: Blanche Devereaux Does New York
And Now for Minnetonka Moccasins
Previous Post: « Jewel of the Month: Customizable Gold Engagement Ring
Next Post: Throwback Thursday: Versace Houndstooth in 2006 »