Since Henry the dog left us on Thursday morning, I have shared a lot of his photos on FitzRoy‘s Instagram account (FitzRoy has always been the spokescat for the dogs of the house). Here is a guide, as well as a few additional photos.

1.  He was a great ottoman
2. He was enthusiastic about his role as an ottoman
3. He was proud of his snaggletooth
4. He wore foot bandages with style and grace
5. He also wore bows without compromising his masculinity
6. He doted on Gigi without question
7. He was great at playing dumb
8. He was actually very sneaky
9. He always posed well for the camera
10. I’m not a HUGE fan of dogs, but this guy, he was basically a cat, which made him awesome.

Henry would do anything for food. He once unscrewed the top of a giant plastic storage container of dog food and tried to eat his way to the bottom. Fortunately, I walked by and saw his back legs sticking out the top and hauled him out before he ate himself to death. For most of this year, the pacing kept him so thin (he went from 16.5 lbs to 10.5 lbs) that he was able to eat as much as he wanted. He never lost interest in food, though sometimes I had to point him in the direction of the bowl.

Aunt Shawn will testify that Henry caused mischief in other ways. 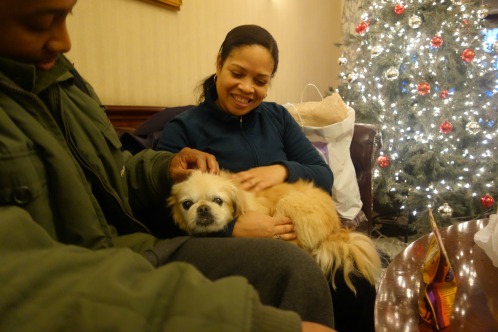 Shawn had to pet sit for Henry and Gigi right after Henry came home from the ASPCA. Back then, we walked Henry and Gigi separately, because Gigi wasn’t too fond of other dogs and needed time to get to know her new brother. Poor Shawn walked and walked and walked with Henry and nothing happened. So she finally came back in and as she was unlocking the apartment door, she felt someone staring at her. When she looked down, Henry caught her eye and — still staring — lifted up his leg and very deliberately peed on the door. They had a serious discussion about behavior after this and reached an understanding.  After that, they were good friends.

I hope I can find the video I took of Henry breaking out of confinement in the kitchen. That was a real triumph over his Aunt Stacy! 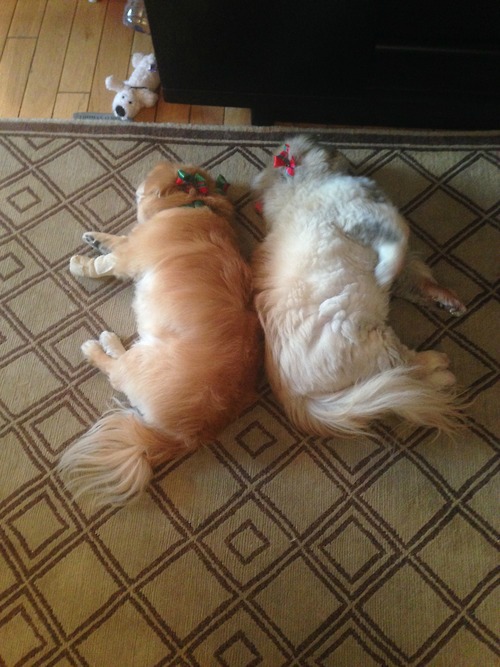 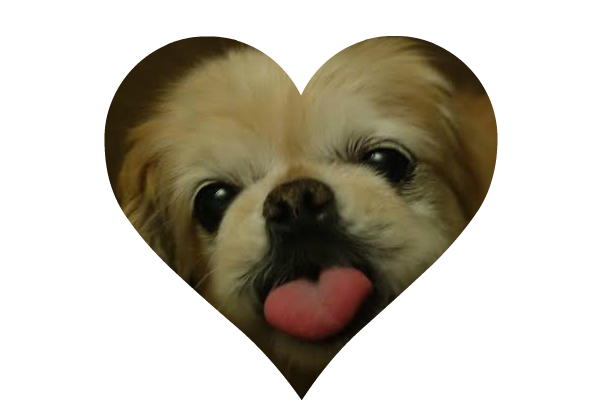 UPDATED TO ADD: Here’s another comment that Aunt Stacy left on Facebook: “I’ve never met a doggie as unique as you. Clumsy and falling into a puddle one minute and, the next, a stealthy special ops spy stealing cat food. You were the most speshul baby!” And my friend Candice reminded me that Henry was a part of our very first conversation: “I met you on the Jitney from the Hamptons to New York, you were on your cell phone to the vet and apologized to me for being on your phone and explained that you had an emergency with Henry. I said I didn’t mind at all, and you were very careful to speak in a low voice so as not to disturb anyone. After your phone call, we talked about everything, your jewelry business and of course about Henry. As a fellow animal lover, I totally empathized with everything.”

You might also like
Getting Ready for the Game of Thrones Season Finale?
The Week in Review
What Wendy Wore: A Favorite Versace Dress in 2008 and 2014
Previous Post: « RIP, Henry the Dog
Next Post: Wendy Brandes Jewelry in Vogue Gioiello »