The French newspaper Le Monde is celebrating its 70th anniversary, and MrB was invited to the Le Monde Festival to speak on a panel about the future of journalism. 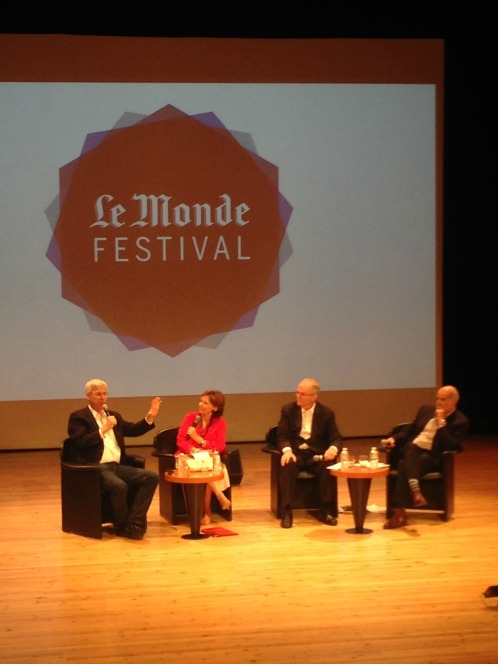 MrB is second from the right.

After MrB did his journalism-related work, I had a little business to do. The Biennale de Paris is a show of antiques, artwork and jewelry, and I wanted to see what the big design houses were showing. There were lines to get into the likes of Dior, and I was told that Van Cleef sold every single piece it exhibited. 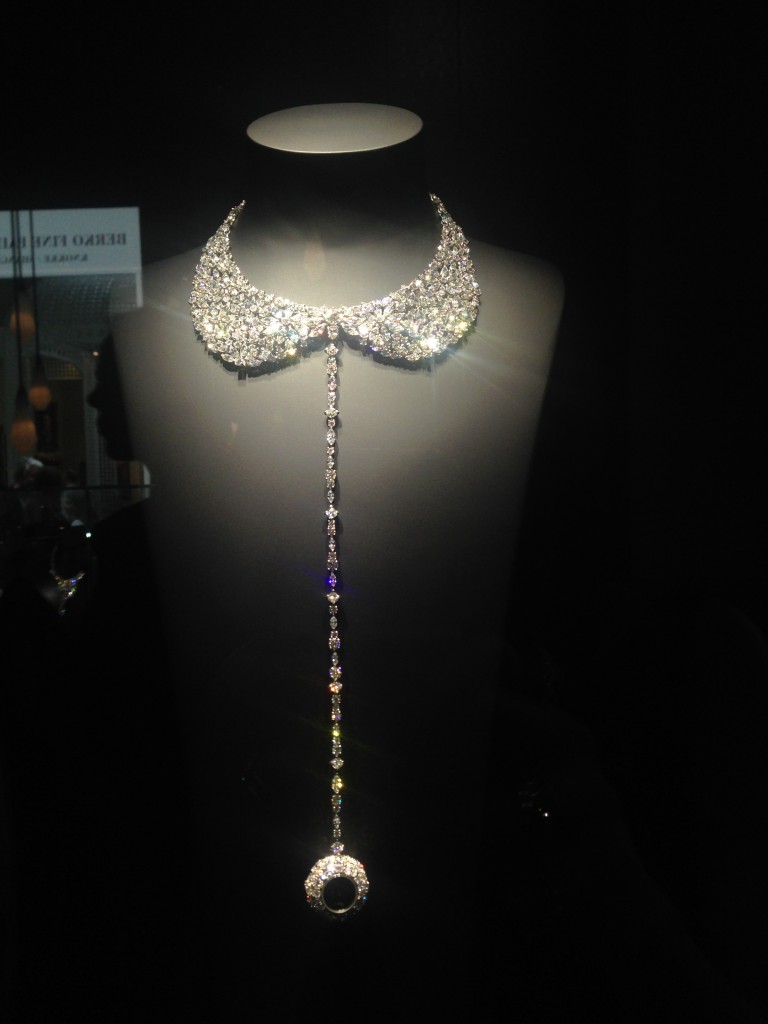 This diamond collar with watch pendant from Piaget would be a nice little bauble to own!

While at the Cartier booth, I realized I desperately need a diamond and ruby tiara. I mean, who doesn’t?! 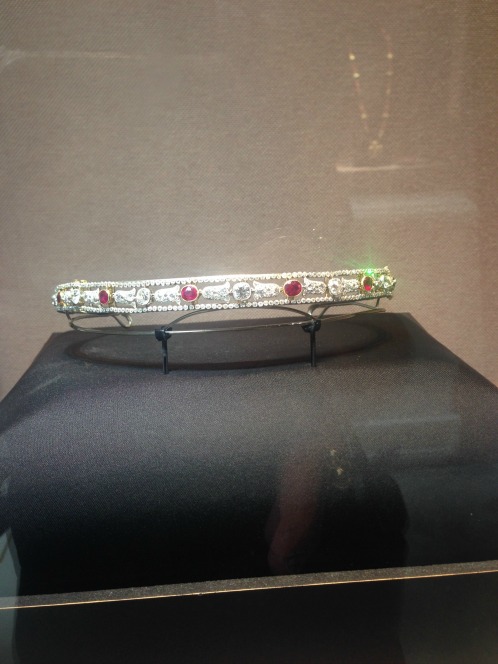 This would be nice to wear around the house.

I enjoyed finding this fellow among the antiquities. 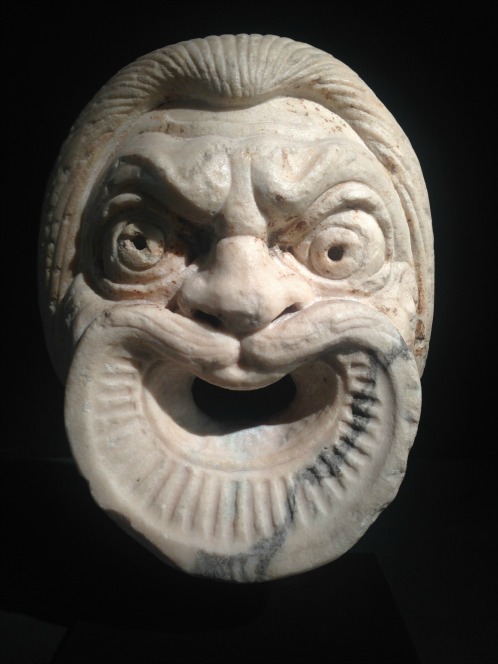 The exhibition was in the Grand Palais, which has a grand ceiling. 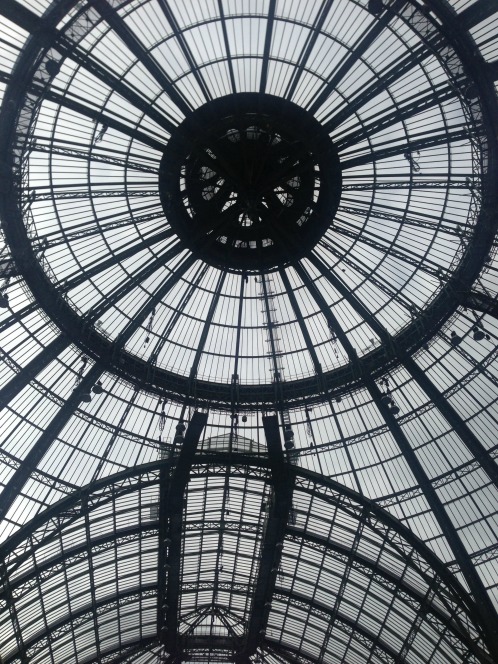 Afterwards, I paused outside so that MrB could take a picture of me in my new hoodie. As you can see, this isn’t run-of-the-mill athletic wear: It’s covered with ostrich feathers and silver chains. My gorgeous hairstylist friend Julie Matos found it for me at Patricia Field. 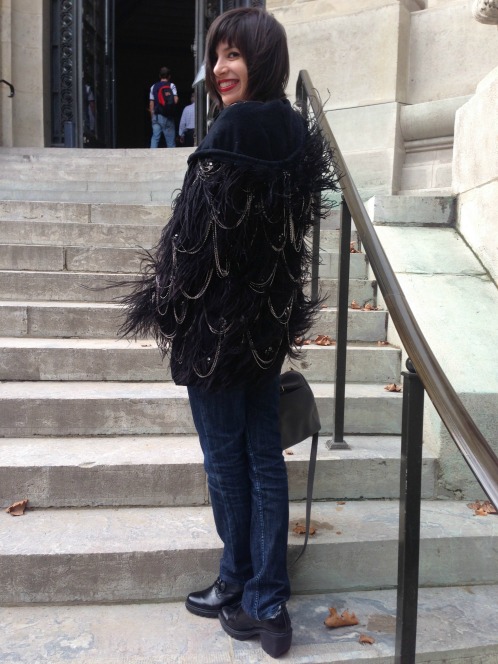 While we were at Patricia Field, I got Julie to pose in a pink flowered jacket. 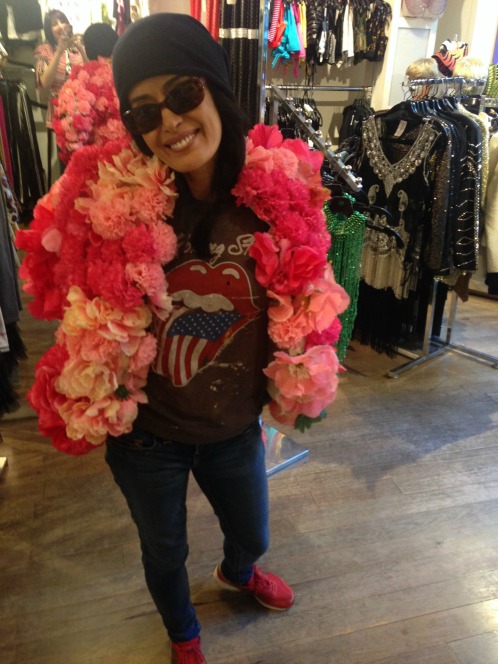 You can see me taking the picture in the mirror in back of Julie!

Back in Paris, MrB and I walked back to our hotel from the Biennale.  As we strolled past “Cleopatra’s Needle,” the clouds arranged themselves nicely for this photo. 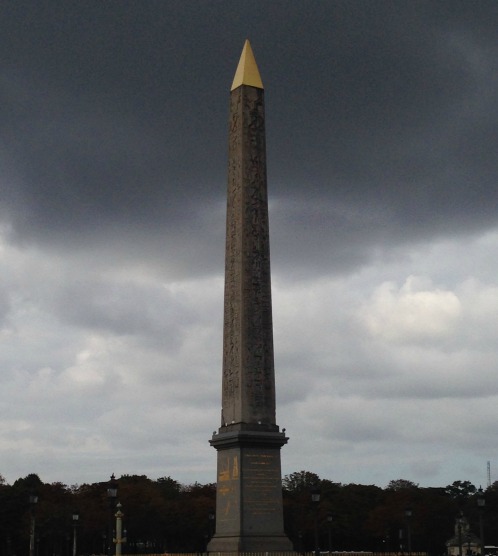 We had dinner with friends at Terroir Parisien. It’s casual, but very good. The chef, Yannick Alleno, has won Michelin stars. 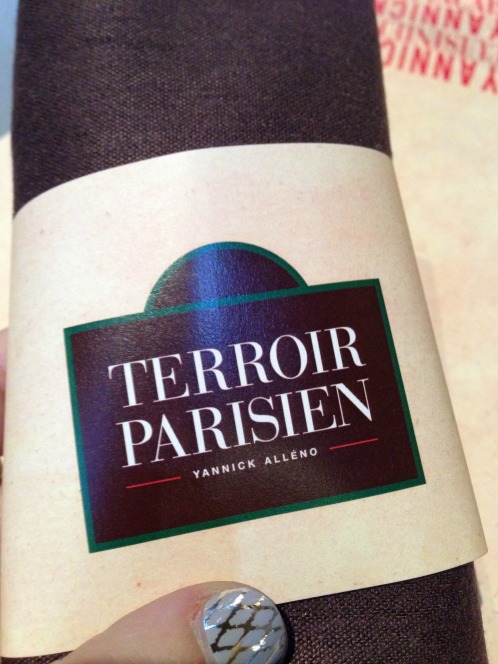 We all took a photo after dinner. One of the great things about iPhones being everywhere is that you can hand a phone to anyone and they can take a picture without needing a long explanation of what button to press. 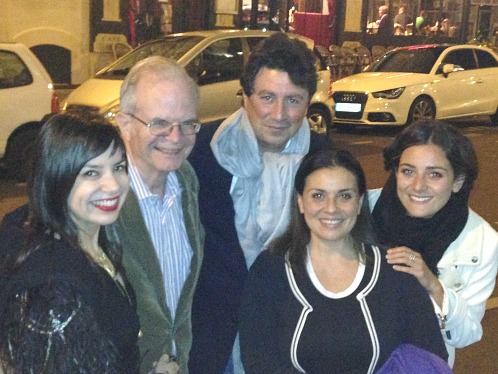 From left, it’s me, MrB, Marc, Nina and Jessica. Nina works in fine jewelry at Piaget, so she guided us around the Biennale. Nina is my French twin because not only does she work in fine jewelry, but she’s got five pets — both cats and dogs — and she’s obsessed with her animals as I am with mine. Speaking of twins, can you believe that Nina is Jessica’s mother? They look like sisters in this photo! Marc is the husband and dad.

You might also like
What Wendy Wore: Decade to Decade
Awards for MrB and Barbaralee
Dressing Up for Robin Hood
Previous Post: « The Week in Review
Next Post: Great Minds Think Alike … About Pink Matador Jackets »