I barely slept after Fashion Group International’s Night of Stars last Tuesday. That worked out for the best, because I woke up from a brief snooze with the previous night’s curls intact. I was so excited to have them for another day that I was inspired to dress up a bit to meet up with gorgeous rapper Gangsta Boo and her colleague DJ Paul.

I don’t normally take a separate photo of my coat for an outfit post, but my highlarious JC de Castelbajac “crocodile” coat will always deserve its own shot. 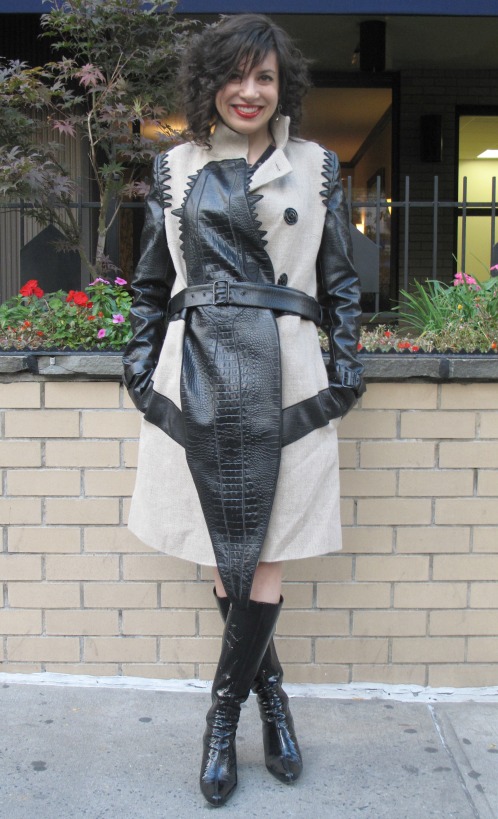 Underneath, I had on the same outfit that I wore to my birthday dinner last December.  It wasn’t till I re-read December’s post just now that I realized I had originally intended to wear this with a different pair of shoes. I have no idea which ones! Once I wore it with these boots, the boots were imprinted on my mind. 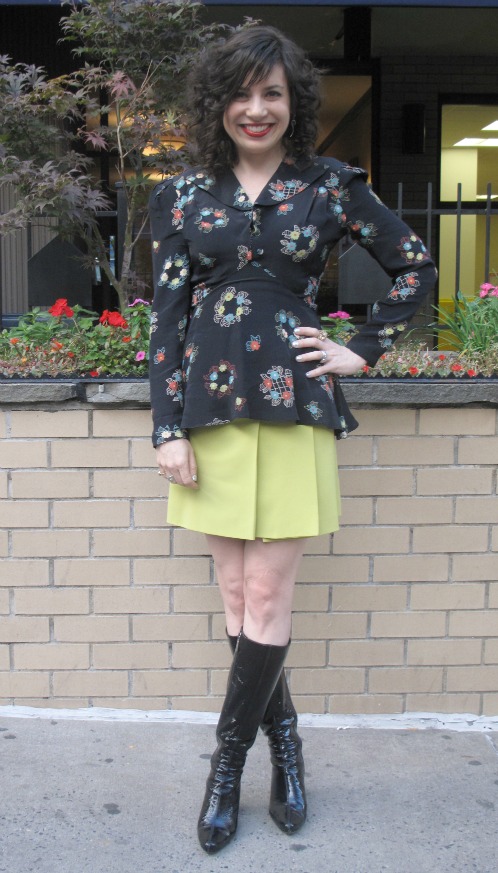 You can’t see it in the photo above, but I was wearing my own sterling-silver 666 necklace design in honor of Boo and DJ Paul, because their original group was called Three 6 Mafia.  Their new group is called Da Mafia 6ix, so there are still sixes involved. 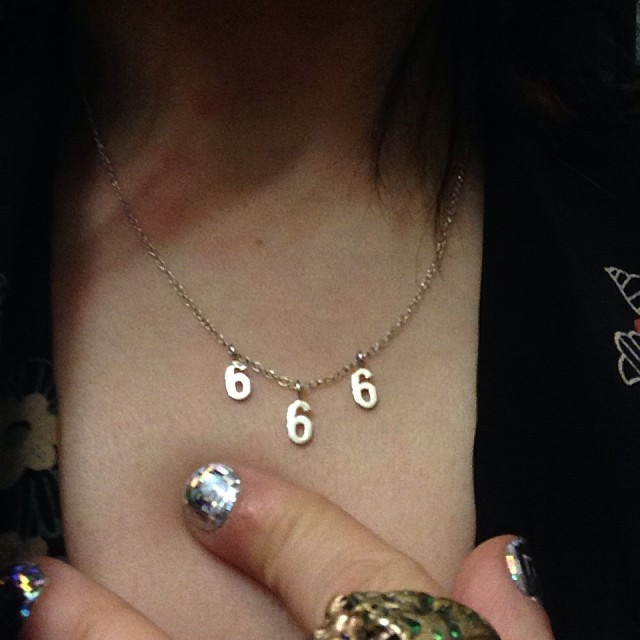 If you’re feeling devilish yourself, you can buy the necklace for $275 here. If you want different numbers — maybe you want to rep your area code, for instance — holla at me at wbjewelry at hotmail dot com to place a custom order. The price stays the same.

Boo and Paul were still doing their media tour (see them with 50 Cent here), so I met up with them at The Fader, where once again, gifts of Puma sneakers appeared before a podcast interview was recorded. 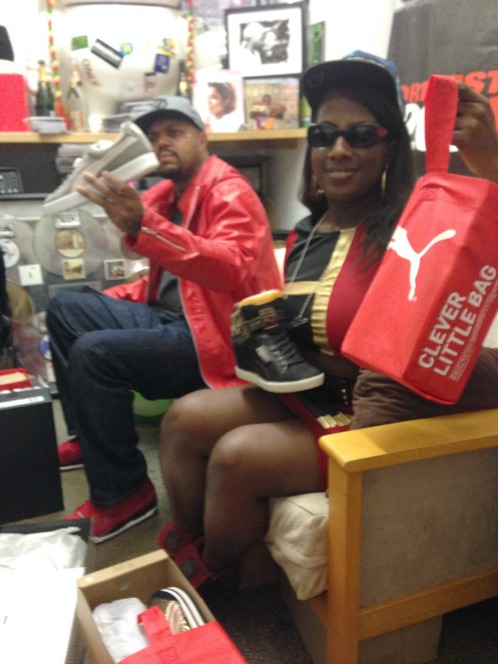 Boo got those Alexander McQueens. Nice!

Then it was on to the offices of Vibe … 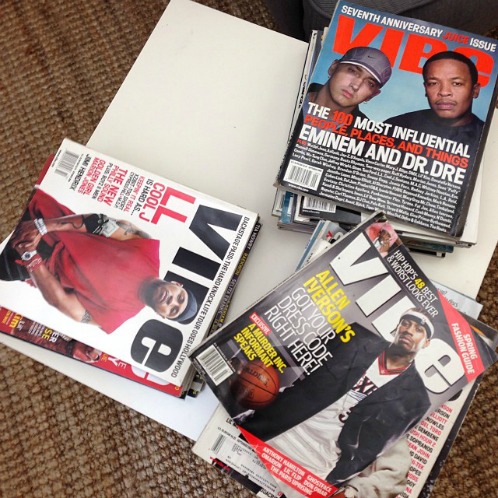 … for a video interview and a taste test of McDonald’s newish Mighty Wings. The wings haven’t been doing well for McDonald’s, so Vibe called in an expert for a review: When DJ Paul isn’t rapping, he’s whipping up his own BBQ rub and sauce, which you can buy here. I love this quote on his website: “This is truly the best rub you’ll ever rub on your meat …”  Hey, when DJ Paul tells you how to rub your meat right, you should do what he says, ya know? 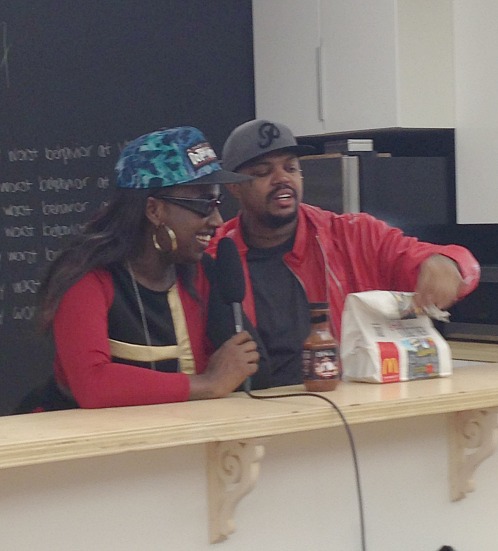 Boo and Paul were pleasantly surprised by the Mighty Wings. If I recall correctly, Paul gave the plain ones a rating of 7 on a scale of 1 to 10. Once he added his own sauce, the rating went up to 11, of course. So there you have it. The wings are worth trying, especially if you rub them right.

On our way out of the Vibe offices, we stopped for a group photo. I was a little delirious from lack of sleep and couldn’t summon my inner gangsta for the picture, so here I am looking very smiley with two bad-ass rappers. 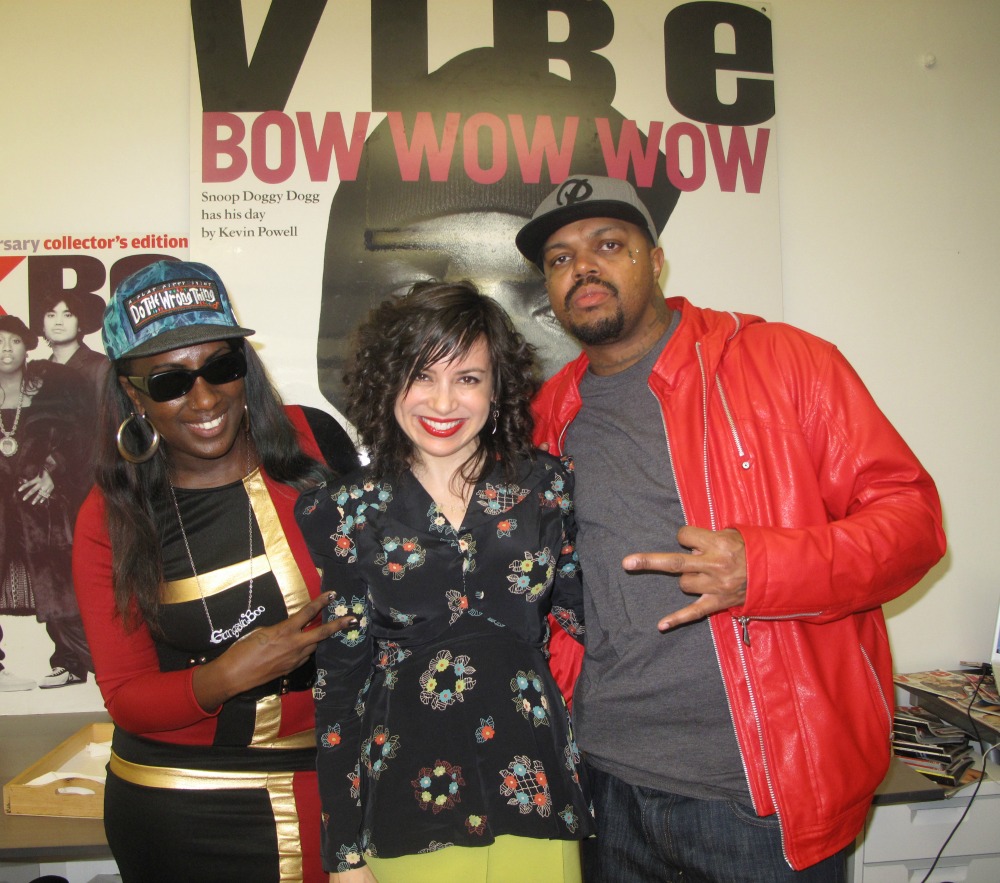 Boo’s wearing that “Gangsta Boo” nameplate necklace I made her.

Actually, Boo is smiling too, so I feel better about that, but I totally failed at the hand gesture thing. What was I thinking? Next time Da Mafia 6ix is in town, I will do better. After all, I did it for Slaughterhouse.

If you have a taste for hard-core rap, don’t forget to check out Da Mafia 6ix’s “Go Hard” video featuring Yelawolf. You get a great view of my Gangsta Boo nameplate necklace in it, as well as DJ Paul’s GIANT skull chain, which I only WISH I made. Da Mafia 6ix is also releasing a mixtape called The 6ix Commandments, tomorrow, Oct. 29. Get it here!

You might also like
What Wendy Wore: Laura Mvula at Le Poisson Rouge
Wearing My Heart on My Cape
Throwback Thursday: What Wendy Wore in January
Previous Post: « Stewie Griffin, Justin Bieber and the Week in Review
Next Post: Jeremy Scott, the Skateboard Controversy and Moschino »