I posted an eye-catching vintage dress by Versace’s diffusion label, Versus, earlier this month. 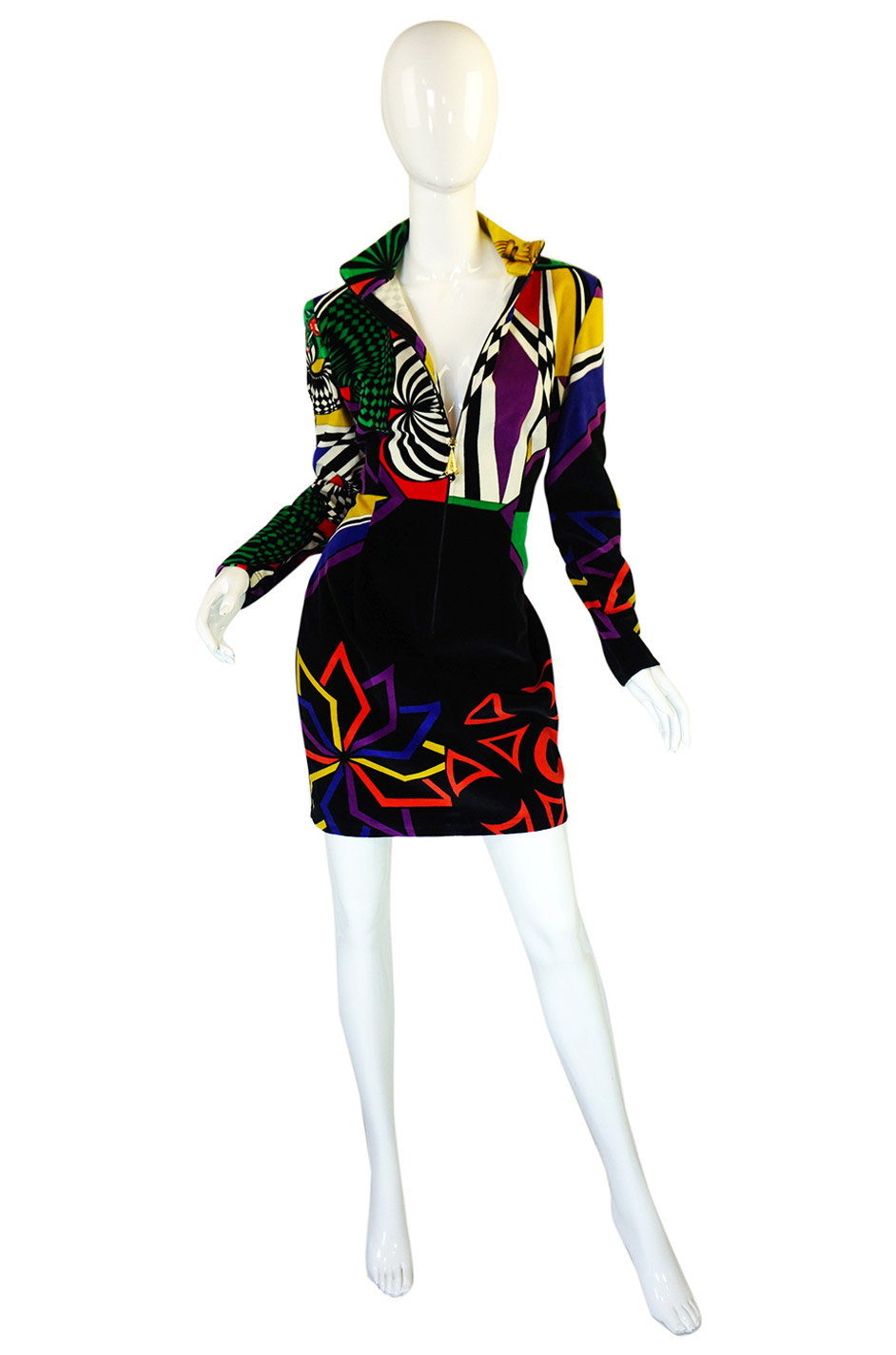 Gorgeous designer/blogger/stylist/neighbor/BFF Stacy Lomman took notice and paid me a visit with a big Versace book in hand. 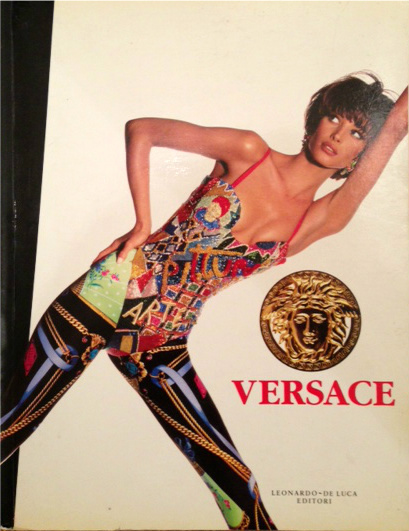 She thought she spotted the Versace season that was then re-interpreted by Versus. 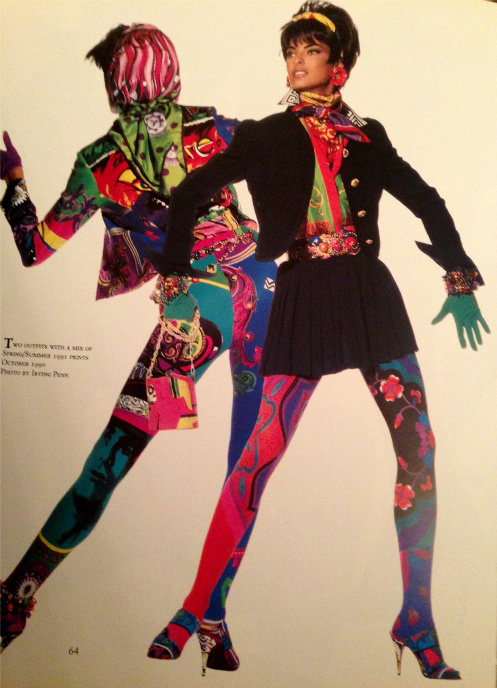 My favorite model, Linda Evangelista, photographed by Irving Penn in 1990.

While I flipped through the book admiring the photos of the ONLY true supermodels, including the Trinity — Linda, Christy and Naomi — Stacy casually mentioned that the book had been handed to her by Gianni Versace himself. I was all, “!?” Turned out she saw him when he spoke to students at New York’s Fashion Institute of Technology just five years before he was gunned down in Miami.

Exciting! I was even more excited when I noticed Linda Evangelista in what appears to be a runway version of a dress I have.

She is perfection. Linda photographed in 1991 by Irving Penn.

The print of Linda’s dress is obviously entirely different from mine, but the underskirt and bows down the bodice make me believe that my dress could be from Spring 1992 too. 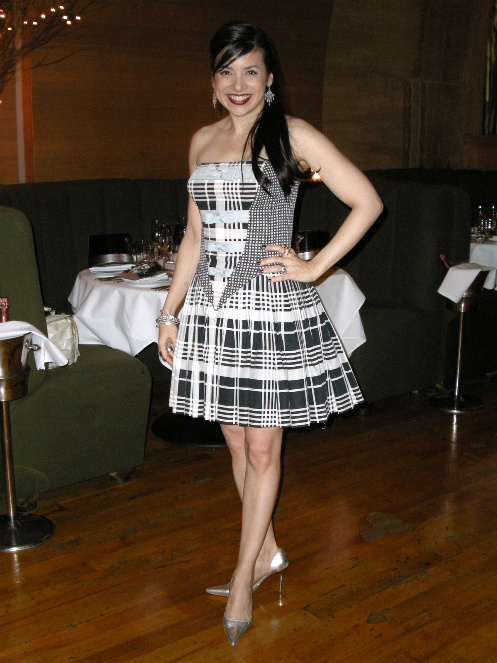 Me wearing my vintage Versace in 2007. Linda wore it better; I’m not mad.

And then I came to a page where Versace shared a story about his sister Donatella and the late, great Vogue editor Diana Vreeland. It was 1977, and Donatella was 20 and Vreeland past 70. He said that despite the age difference and his sister’s shyness, she and Vreeland bonded right away:

“The first thing [Vreeland] said to Donatella was, ‘Do you know that we have the same initials? Perhaps someday you, too, will work in fashion.'”

Of course, after Gianni’s murder in 1997, Donatella took over designing her brother’s line, which she does to this day. But when she met Vreeland, Donatella was still a student, wearing tight leather pants and white blouses designed by Gianni especially for her. Vreeland was her size, so Donatella sent Diana some of her pants and blouses. I’ll let Gianni say the rest:

“…I remember being struck by the fact that a woman who was no longer young could show such love for leather..

When [Vreeland] later sent me a photograph of herself wearing the pants and shirt in her unmistakable style and with marvelous accessories I was enchanted and decided that one must never believe that an older woman cannot wear certain things.”

In other words … Wear What You Want!

I’d add that one must never believe that an older man cannot wear certain things. For a couple of months, the story of 72-year-old Liu Qianping has been floating around the Internet.  Liu — a 5’8″, 110-lb Chinese rice farmer — has become famous for looking FIERCE modeling women’s fashions for his granddaughter’s clothing store. When I saw an article about him in the Wall Street Journal a couple of days ago, I thought, “I know this story” and flipped past it. Then I thought, “No, my former employer will have something in this story that no one else has” and went back to it. I was glad I did because I learned of the awesome Mandarin term laolaiqiao. The rough translation is “old people doing young things that even young people wouldn’t do.” Lately, I’ve been pondering how I do things now that I would have been too self-conscious to do 20 years ago. I first realized that when I dressed up for a Lady Gaga concert in 2010, and was bewildered to see all the kids in jeans and t-shirts. 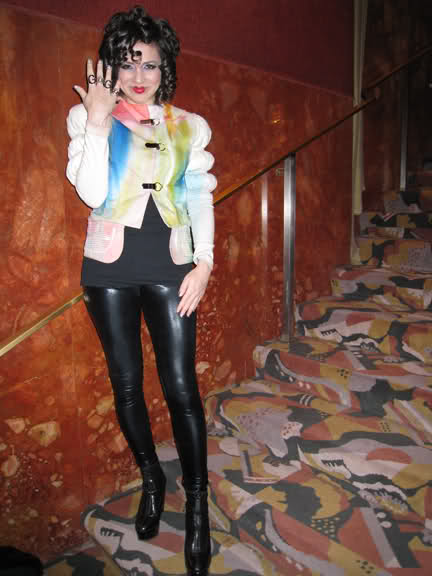 For that matter, I never wore anything like my own IDGAF necklace design when I was a teenager. I would have been scared my parents would be angry. They were already aggravated by my blonde bangs. 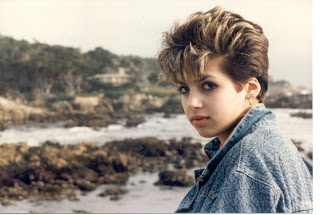 Now I really don’t give a fuck … and neither do my parents. I wear my IDGAF necklace nearly every day and when I didn’t wear it on Thanksgiving, my mother asked, “Where is your necklace?”

Liu Qianping also has zero fucks to give about what people might say of pictures of him in a pearl-studded sweater, blonde wig or a crimson dress. “This one time [his granddaughter] got a big shipment of clothes. I took a few pieces out, thought they were nice looking and threw them on,” he told the Journal, adding, “I looked good.” He does his own styling. “I have to pick out the combinations,” he said to the Journal. “I have the best sense of what blouse should be paired with what skirt.”

Liu is officially one of my Wear What You Want style icons, joining the likes of Grace Jones and Duran Duran’s Nick Rhodes. You can check out a slideshow of his looks here; the main Journal article is here. If you can’t access the direct link, search for “WSJ Liu Qianping” and you should be able to get in the site’s “side door.”

My new goal: to get a little more laolaiqiao-y every year.