Last week, gorgeous Mitria, who works at Fashion Group International, sent me one more photo from the January 26 Rising Star Awards. Here I am with jewelry designer and previous Rising Star winner Monica Rich Kosann, who presented me with my award. 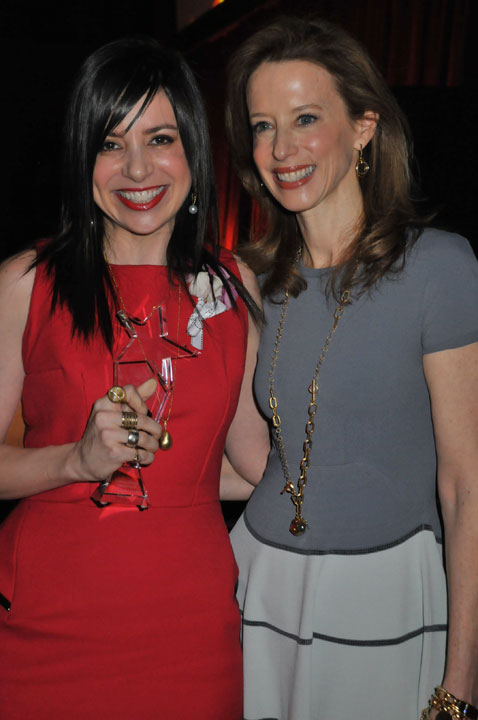 This was right after I walked offstage. I look calmer than I felt.

Monica was so sweet. After the lunch, she found me to give me the card that she read on stage. 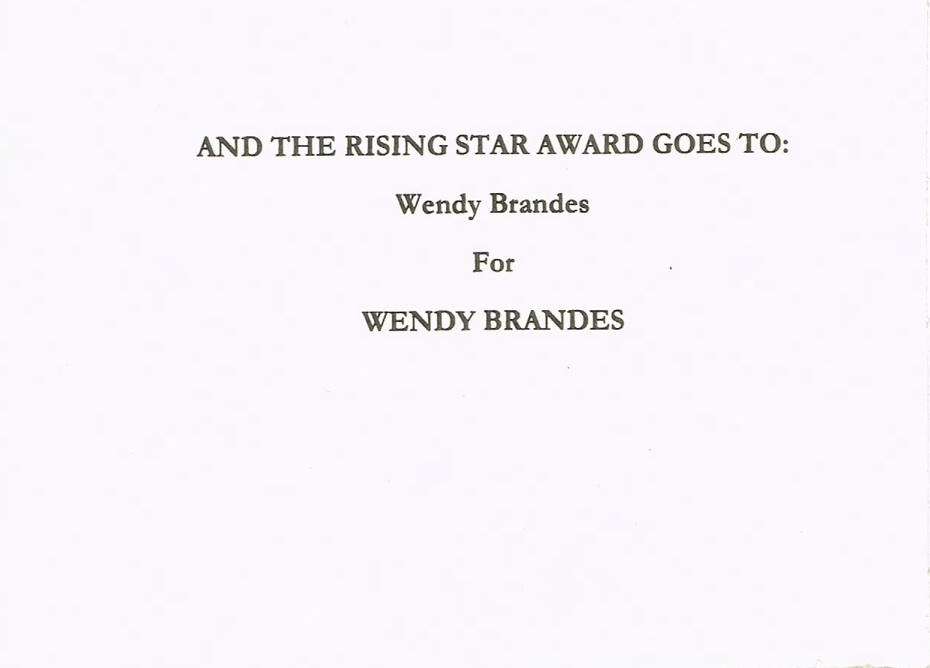 My company’s name is Wendy Brandes. The second “Wendy Brandes” is a reference to the company.

Monica told me that when she got her Rising Star Award, her presenter made sure she got her card, so she wanted me to have mine. I thought that was great.

Another great thing was the red Stacy Lomman peplum dress that I wore that day.  As I said in an earlier post, I loved the dress so much that I decided to wear it again right away.  So here I am on Saturday after the annual fundraising dinner for the Columbia Daily Spectator with two of the guests of honor: Federal Communications Commission chairman Julius Genachowski and Beliefnet co-founder Steve Waldman. 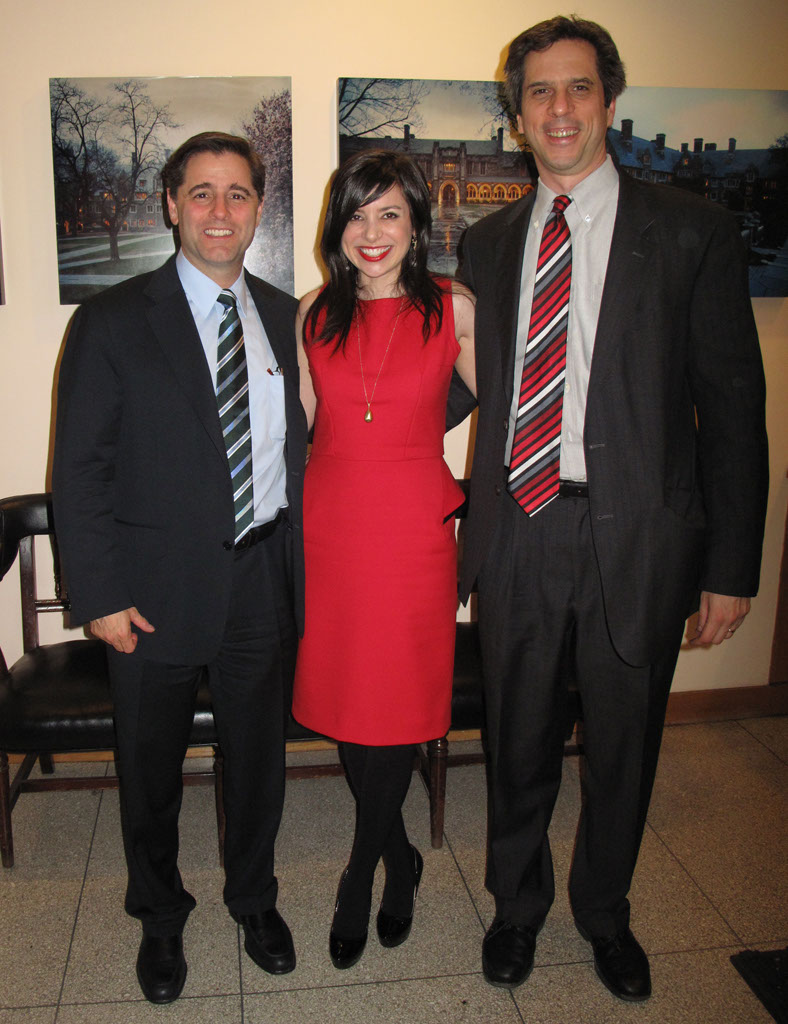 On the left, Julius Genachowski. On the right, the very tall Steve Waldman.

The Spectator is the undergraduate student newspaper of Columbia University, my alma mater. I was the arts and entertainment editor of Spectator in 1988. Now I’m the chairman of the board of alumni trustees. Our annual dinner raises money for programs such as work-study and the digitization of our 135 years of archives. Last year, Arianna Huffington of the Huffington Post and author Joan Didion spoke at the dinner. This year — the 50th year of Spectator’s financial independence from Columbia University — we were lucky enough to have Julius and Steve join us. Julius graduated from Columbia College in 1985; Steve in 1984. Back in the day, Steve was editor in chief of Spectator, and Julius was editor of its Broadway Magazine section. After Columbia, Julius went to Harvard Law School, where he joined the Harvard Law Review. The editor in chief of the Review at the time? Barack Obama. Flash forward, and Julius is head of the FCC — appointed by Obama — with Steve as his special assistant. Role reversal! Last year, Steve left his FCC post, taking a Knight Foundation research post at Columbia. At the dinner, Steve interviewed Julius for the benefit of the attendees. They bantered about spectrum, wi-fi and diner milkshakes. I think they could take their show on the road as their next joint career move.

Another speaker was Michael Kamber, a photojournalist who has covered Iraq for the New York Times since 2003. (He came back from his latest trip a few weeks ago.) He was at the dinner to present the Quintana Roo Dunne award for visual achievement at Spectator. It was an educational, but tiring, evening. I rested on Sunday … and yesterday I started working on next year’s event. These things take a lot of planning!

At least my outfit for the dinner didn’t take any planning. I added black tights, but other than that everything was the same as it was at Rising Star, right down to my shoes, necklace and earrings. I’ve said before that I’m not much for “remixing,” or trying to wear the same pieces all kinds of different ways. I’ve made peace with my lack of interest in variety. If I’m satisfied with a certain look, why mess with it? And one of the things I don’t mess with is my Siobhan perma-stacked stacking ring. I wear it to nearly every special event. It’s my offering for Day 7 of my Valentine’s Day Countdown. 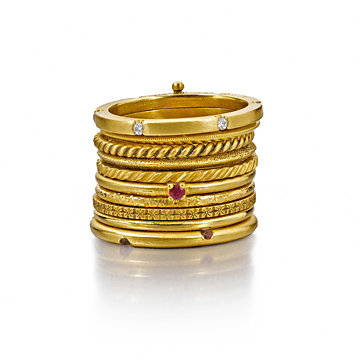 The Siobhan has been so popular that I’ve done three customized versions: engagement rings for gorgeous clients Susan and Heather, and a birthday ring for my gorgeous sister Terri. I also recently did a mini Siobhan with four bands instead of 10. I promise you that if you get one of these rings, you’ll never want to take it off, which means all your jewelry remixing dreams will be dashed. Don’t say I didn’t warn you!