Celebrity manicurist Tracylee Percival named my new holographic nail designs “Well, Holo There!” For the toes, she did two layers of Minx: a silver holographic layer with a silver lace pattern over it. As with my last pedicure, it was difficult to dissuade Henry the dog from “helping” with the photography. 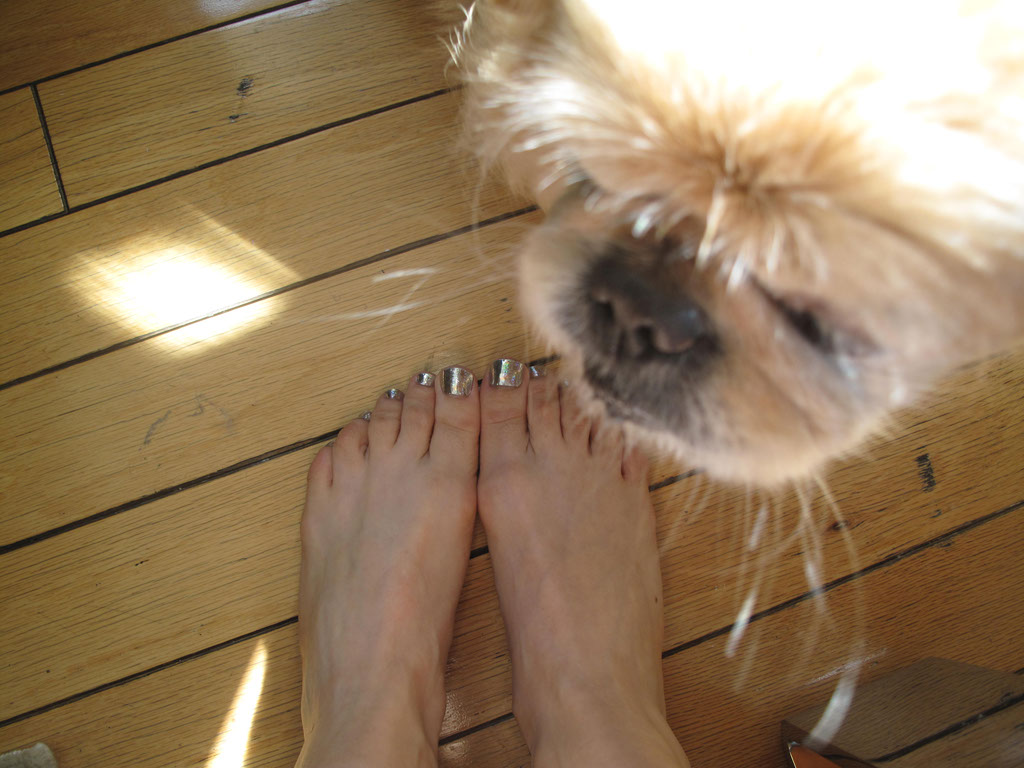 Here’s a better look. It’s hard to catch the holographic quality of the bottom layer because that’s most visible when I’m moving and you can see the 3D/rainbow effect. 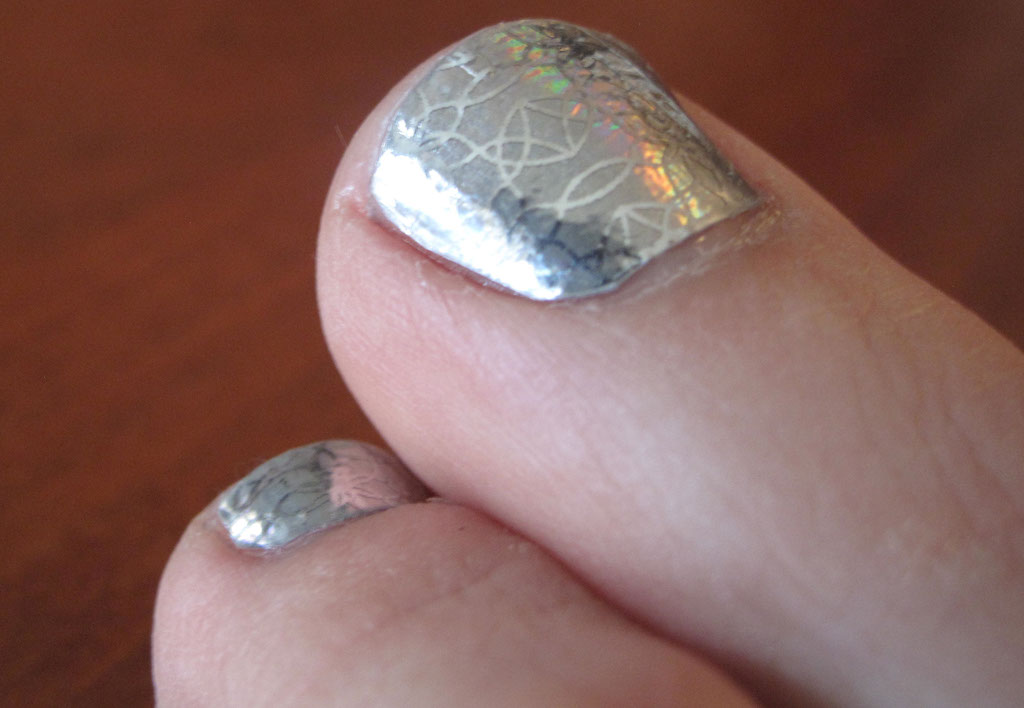 For my fingers, Tracylee used a gunmetal color called “Diva” from Gelish. She sprinkled holographic confetti on and sealed it in with top coat. 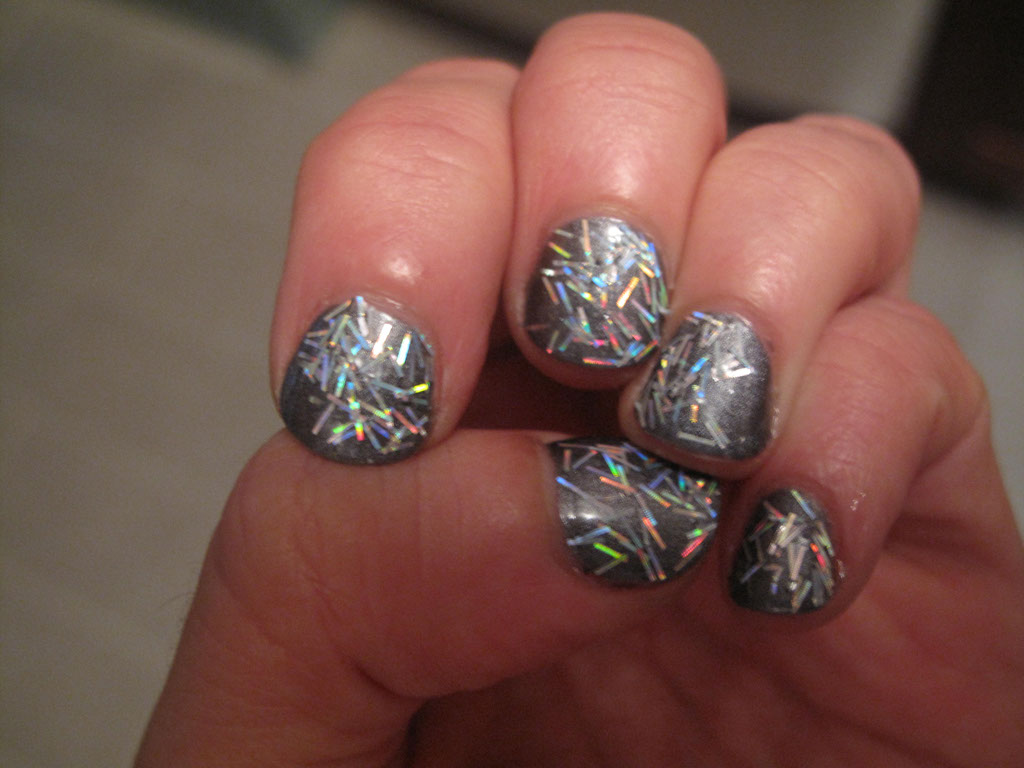 Gelish is a long-lasting gel polish. My nails are weak and bend easily, so regular polish used to chip off after a day. Because of that, I didn’t polish them regularly (though I did get Minx for special occasions). Last year, I decided I had to get my nail situation under control because I’m always modeling rings for my jewelry line and poorly groomed nails were distracting from my work. Gels don’t chip like polish does and I usually get two weeks of wear out of them. Tracylee’s clients with longer nails get three or even four weeks of wear because she can create a better seal around the ends of the nails. My nails were all past the tips of my fingers this time, so she worked hard to get the product under the edges of the nails — hopefully I’ll get three weeks of wear now.

When I think of “holographic,” the second thing I think of is the beautiful 3D hologram of Kate Moss from Alexander McQueen’s Fall/Winter 2006 runway show.

The first thing I think of is the hologram of Princess Leia in the original Star Wars movie.

I once got a jeweler to rush a big gold-plating job for me during the busy holiday season by running into his office and screaming, “Help me, Obi-Wan Kenobi. You’re my only hope.” Everyone appreciates a good Star Wars reference!