A great big “THANK YOU!!!” is hereby given to the 41 people who sponsored my Kickstarter effort to raise money to produce new ring designs overseas. 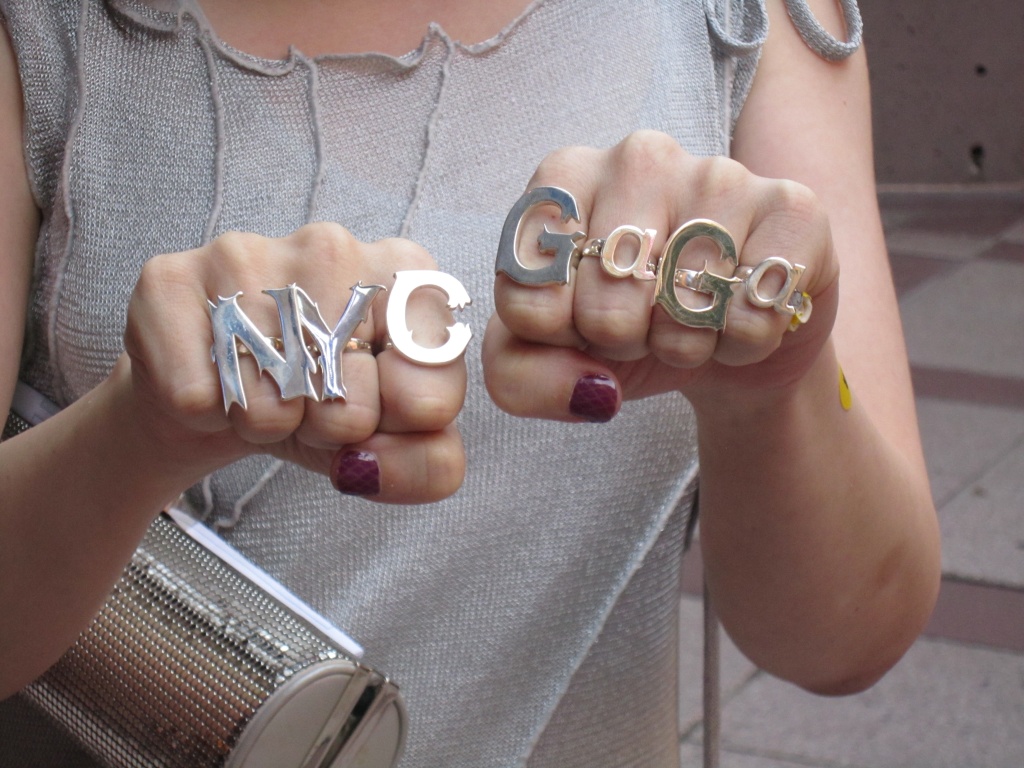 The NYC set is one of the new ring designs.

Kickstarter enables all-or-nothing fundraising. Users have to meet their minimum amount or they don’t get any money. I initially planned to do two ring sets: OMG and LOLZ. For those, I needed $7,000 and I met that minimum. Then I added the NYC ring set to the project due to demand for those rings. That raised my requirement to $10,000 and, with your help, I succeeded in raising that new, higher amount. Due to various charges, I’ll clear only $9,000, but the majority of my costs are covered. The production of the NYC rings is already underway; the samples of OMG and LOLZ are still pending. I’ll place the order after I see the samples. I will let everyone who ordered the new designs know when they are on their way.

I expect to receive the completed Little Woolf necklaces this week. I will send them out to people who ordered those as soon as they’re in my hands.  Fully assembled chains with clasps on them are too big to slide through the pendants. Instead, I have to put the pendants on unassembled chains and then attach the clasps. That takes a little bit of time but it will be done shortly.

Several people contributed $20 in return for sincere thanks on this blog. I’ve already thanked one of them. The others are:

Of course, I’m just as appreciative of everyone else, whether they ordered new rings, existing styles or generously donated without asking for a reward. If I could hug you all right now, I would.

Also, if you missed your chance to pre-order the OMG, LOLZ and NYC rings via Kickstarter (and get free shipping), all is not lost. You’ll be able to order all three ring sets from my website after the inventory arrives and the pre-orders are delivered.

Do you have questions about your order or potential future order? Holla at me at wbjewelry at hotmail dot com and I’ll be happy to help you out.

You might also like
Scenes From a Sample Sale
OMG! Get Smart (About Quantity)
Wendy's Week in Review: October 1 - October 7
Previous Post: « Strike Up the (Wedding) Bands for Jen and Kevin
Next Post: Drawing the Line at Hillary Clinton’s Hair Clip »