My gorgeous friend Christine was supposed to attend Zang Toi’s “Lone Star Cowboy & the Texas Rose”-themed show with me on September 16, but something suddenly came up, as Greg Brady would say. So I took Christine to Zang’s showroom a couple of days later, accompanied by gorgeous blogger Jennine of The Coveted. Christine picked out a dress from the show but chose all new colors for her version. (I won’t give away her look until the dress is done.) Zang is so great about customizing. While that was going on, Jennine and I tried on the Stetson hats from the runway. 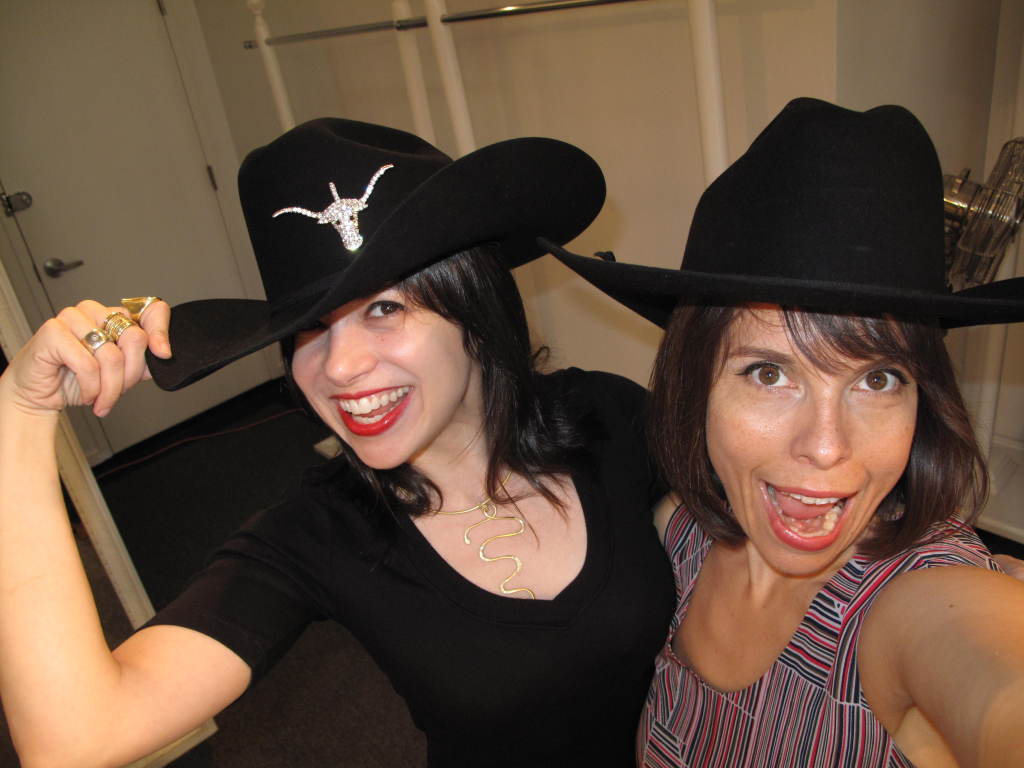 I just couldn’t quit the cowboy-printed dress I admired on the runway, so I tried it on. Zang and his assistant Sisi used about 100 pins to show me what it would look like in my size. 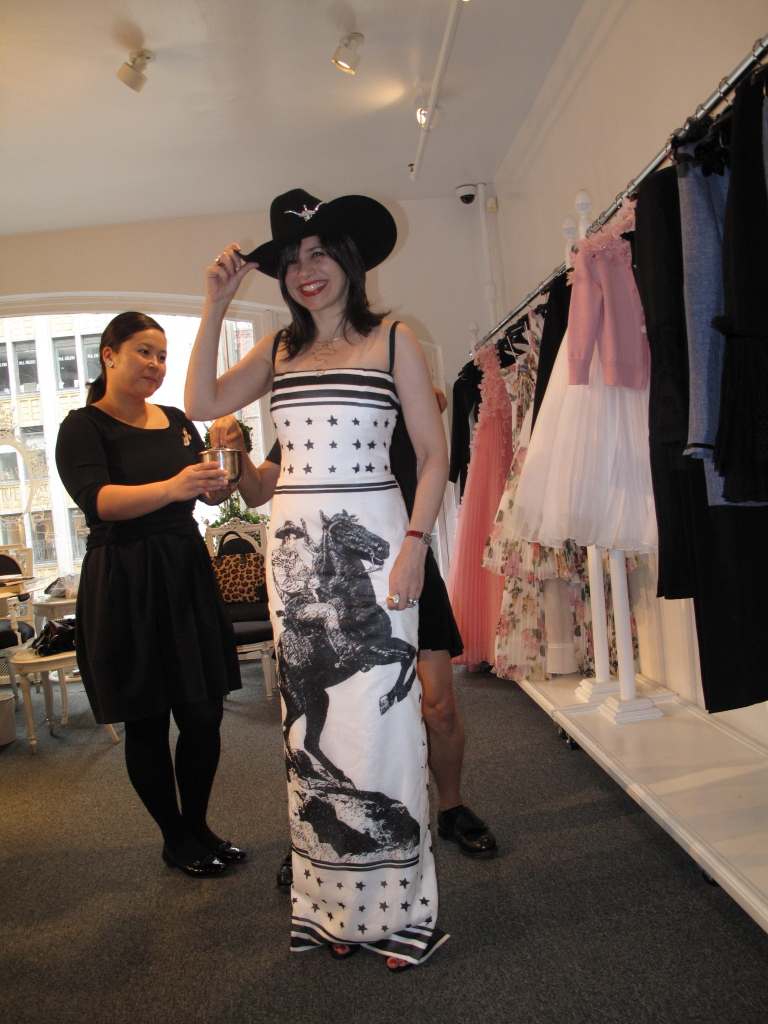 Zang is behind me, doing the pinning. That's his leg on the right.

Please note the hemline dragging on the ground despite my 5″ platform heels. Now look at where the hem hit the runway model … above the ankle! 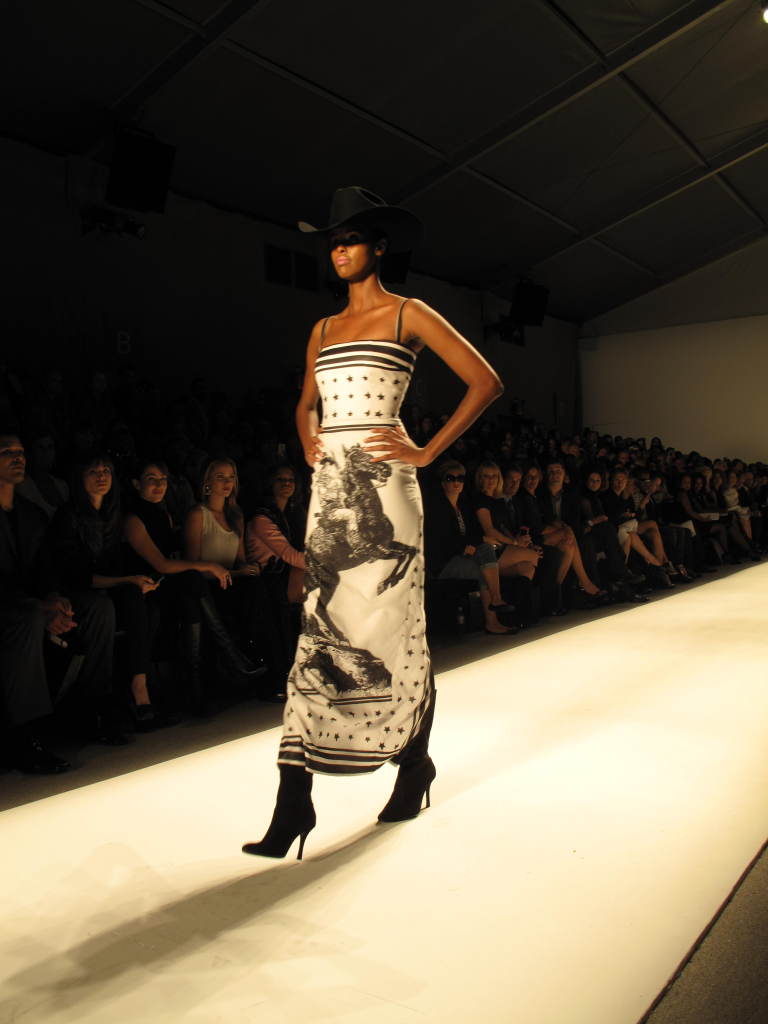 If this model wore a miniskirt, I could probably wear it as a maxi dress. There was a pair of pants that went up to my chin — no exaggeration!